Alex Gilbey has only been at Stadium MK for a week but the midfielder has already seen enough to have confidence in the team’s ability to climb the Sky Bet League One table.

The midfielder joined the Dons from Wigan Athletic on Deadline Day and made his debut in the 1-1 draw with Oxford United.

It was a game in which the men from MK1 were unlucky not to walk away with a victory after a strong second-half outing and Gilbey is hopeful the team can build on the performance and begin picking up maximum points on a consistent basis.

“We showed some (against Oxford) and we should have gone on and won the game,” the 22-year-old told the media ahead of this weekend’s clash with Plymouth.

“We battered a very good oxford side, especially second half, so I think we can start picking up points and push up the table.”

Gilbey was solid in his first outing as a Dons player and played a role in the team’s second-half turnaround.

The former Colchester United man believes Stadium MK is a place he can flourish.

“I wanted to be playing and enjoying myself, and this is the ideal place for me to do that. Hopefully I can kick on and reach a good level.

“The stadium here is unbelievable and the facilities are great. I loved the way the gaffer spoke and the direction the club is going in – I knew I'd love to be a part of it.” 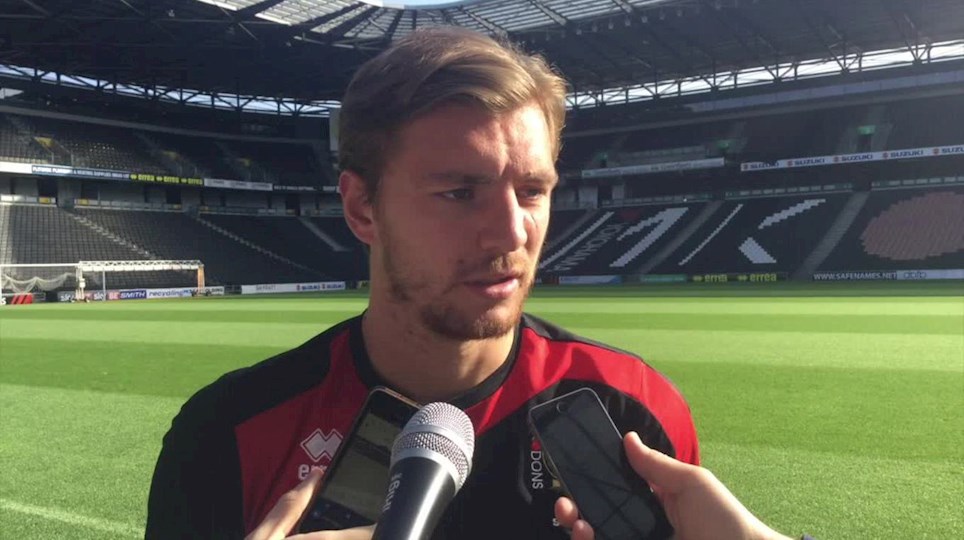 Gilbey settling in at Stadium MK