Liam Sweeting was appointed the Club's first Sporting Director in May 2021, following the departure of Executive Director Andrew Cullen.

Sweeting, previously Head of Recruitment and Analysis, joined MK Dons in March 2018, having previously worked in posts at Blackpool and Crystal Palace, and during his time at Stadium MK has enjoyed considerable success in transforming the Club’s recruitment and performance analysis departments.

In his new role, Sweeting will be responsible for the strategic direction of the Club’s ongoing football development, managing player recruitment at all levels and working closely with the Academy to maintain the pathway to the First Team. Simon Crampton was appointed the Club's first Performance Director in May 2021, following the departure of Executive Director Andrew Cullen.

Entering his 16th season with MK Dons, having joined the Club as Head Academy Physio back in 2006, Crampton he has been an integral component in the football operation at Stadium MK and this will be enhanced in his new role as he provides the First Team with all the organisation, structure and performance strategies they require. Manning, who played for Ipswich Town and Icelandic side Selfoss during his playing career, began coaching in 2006 with the Tractor Boys where he progressed from head coach of the Under-13s to the club’s Lead Youth Development Coach.

In December 2015, he joined West Ham United, initially as their assistant Academy manager before serving as Head of Coaching and, later, taking charge of their Under-23s.

Manning was part of the Hammers setup that won the 2016 Premier League Cup as well as promotion to Premier League 2 Division One. What’s more, players such as Grady Diangana and Declan Rice emerged from the West Ham Academy during his four years in the capital.

In April 2019, Manning joined the City Football Group and was named Director of Coaching for the New York City Academy although he was quickly promoted to Academy Director. During his short time in the US, Manning led NYCFC to a second consecutive U.S. Soccer Development Academy Under-19 National Championship.

The following summer, Manning was appointed Head Coach of Lommel SK, where he was tasked with rebuilding a team who had won just six games during the 2019/20 season. As well as implementing a new style of play, he also guided them to a third-place finish, one spot shy of a promotion play-off place. The former Hibernian midfielder was in the Ipswich Town Academy at the same as Manning, who he now links up with again at Stadium MK.

Hogg made over 200 professional appearances during his playing career, the majority of which came for Hibernian - a team he captained and won the Scottish League Cup with in 2007.

He retired from the playing in 2015 to take up a full-time coaching role within Ipswich Town’s Academy, working his way up from the Under-18s to co-managing the Under-23s side while he also enjoyed a spell as first-team coach of the Tractor Boys.

In February 2020, Hogg joined Newcastle United as Lead Player Development Coach for their Under-23s side – a role served up until this switch to Stadium MK. David Wright arrived at Stadium MK in August 2021 to work alongside his former Ipswich Town colleagues in Liam Manning and Chris Hogg.

Wright began his football career with Crewe Alexandra, with whom he played over 200 games and won promotion from the Football League Second Division. The defender went on to total over 500 appearances for clubs such as Wigan Athletic, Ipswich Town and Crystal Palace and win two promotions.

After retiring as a player, Wright spent time coaching with Ipswich Town and Colchester United before being appointed manager of Maldon & Tiptree in June 2015. He took charge of 30 games, winning 11 and drawing five, before becoming assistant manager to Kevin Keen back at Colchester United.

Wright, who managed one game as U’s caretaker boss, following the departure of Keen, soon left Essex to work with Norwich City’s Under-18s, working in that role for two years before stepping up to become the Canaries’ Lead Under-23s Coach in January 2019. A product of the Ipswich Town Academy, Price began his football career with the Tractor Boys, making his senior debut for the Suffolk club in April 2004. He went on to total 75 appearances for Ipswich before joining Derby County in July 2007.

It was during his time at Pride Park that Price spent time on loan with MK Dons, replacing a suspended Willy Gueret for three matches between in November 2008. He also enjoyed loan spells with Luton Town and Brentford, as well as playing six Premier League games for the Rams, ahead of a move to Crystal Palace.

Price, who amassed 11 international appearances for Wales during his career, was at Selhurst Park for five years, during which time he went out on loan to Mansfield Town and Crawley Town. Then came a move to Sheffield Wednesday and then, a year after that, a switch to Rotherham United where he played out the remainder of his career.

Departing the Millers in November 2020, Price took up the role of Under-21s Goalkeeping Coach at AFC Bournemouth – a position he held up until his move to Stadium MK to work with Liam Manning. Ross graduated from University of Hertfordshire with a BSc in Sports Therapy before joining MK Dons in September 2008 as Sports Therapist. He has held that role up until this season, when he was promoted to Head of Rehabilitation. During his time with the Club, Ross earned a MSc in Strength & Conditioning from St. Mary's University. A graduate of the University of Bedfordshire, Bromley started his career with Cranfield University working as a personal trainer for Team GB Handball before joining MK Dons, initially as a sports science intern, in 2012. His role eventually turned full-time before being promoted to Head Strength and Conditioning Coach. 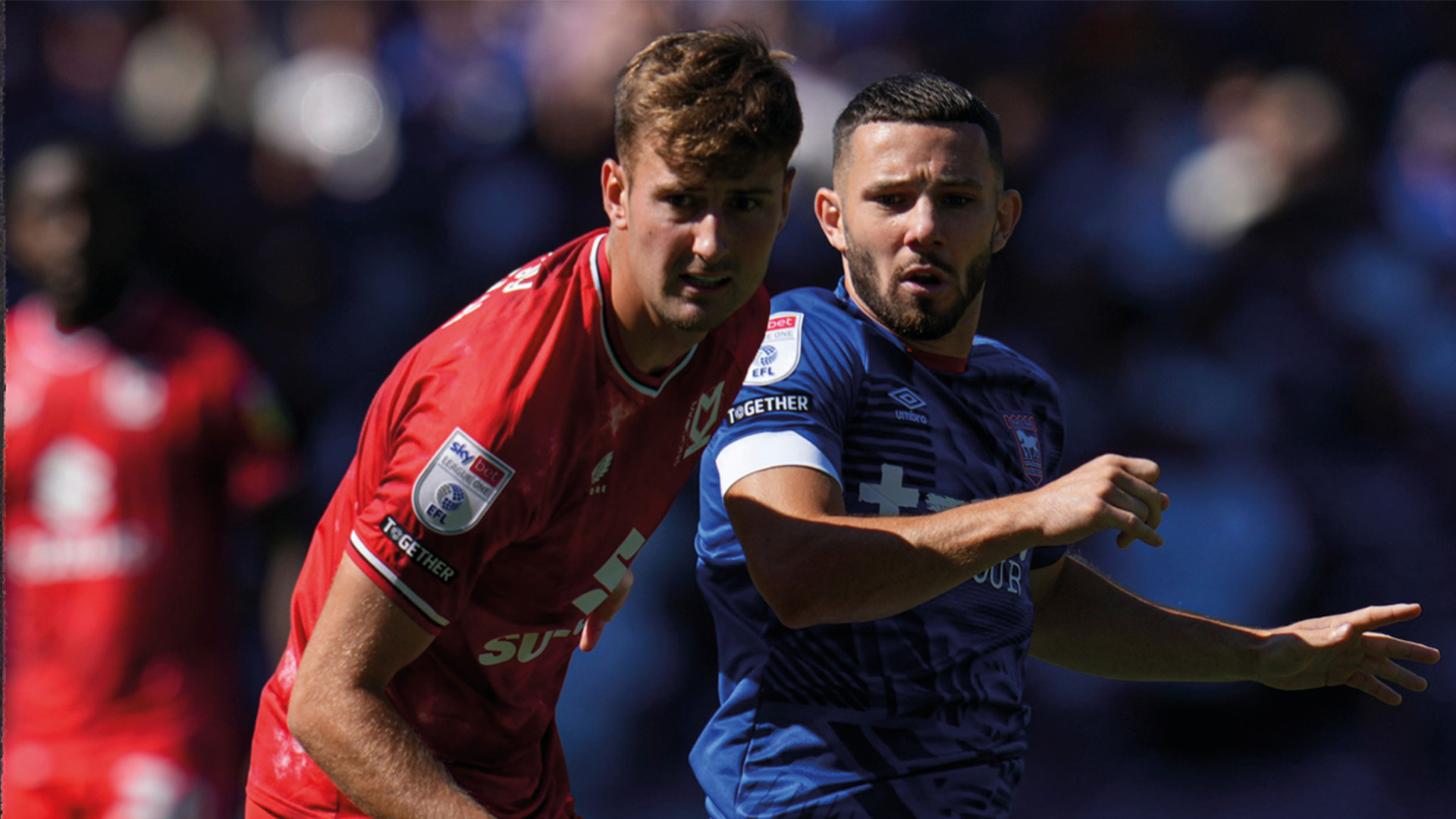 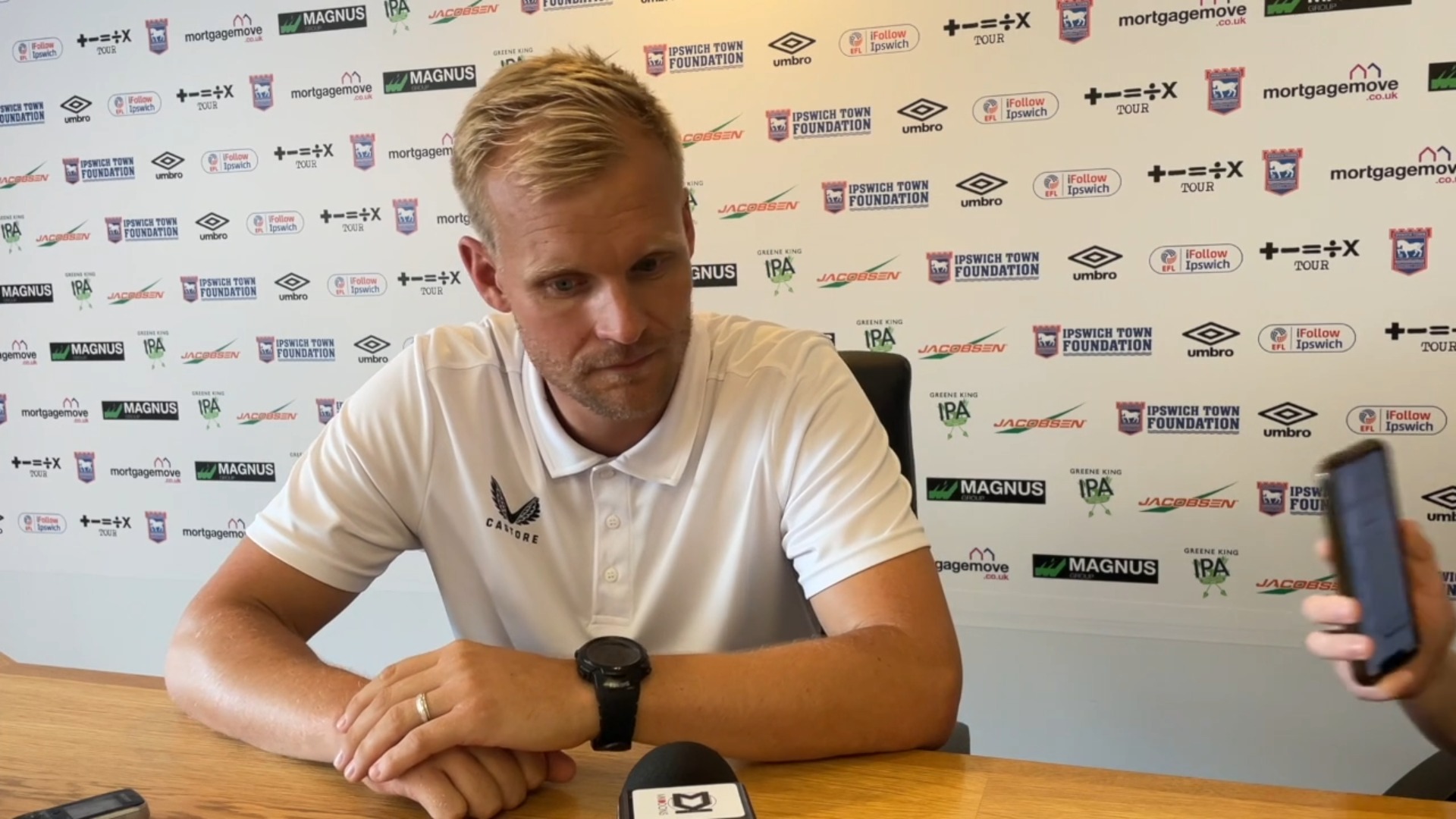 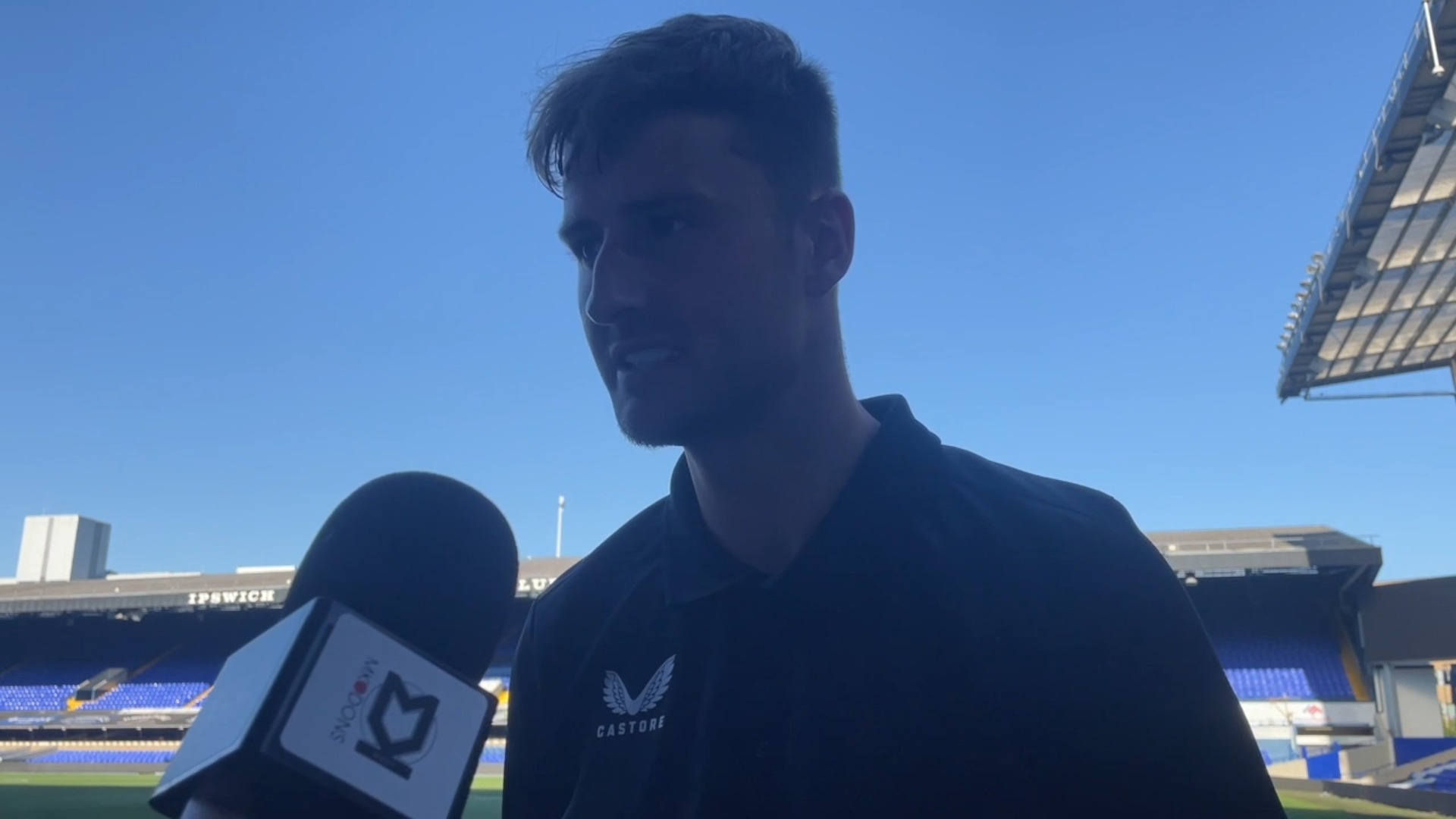 Press conference: Ethan Robson on the clash at Portman Road 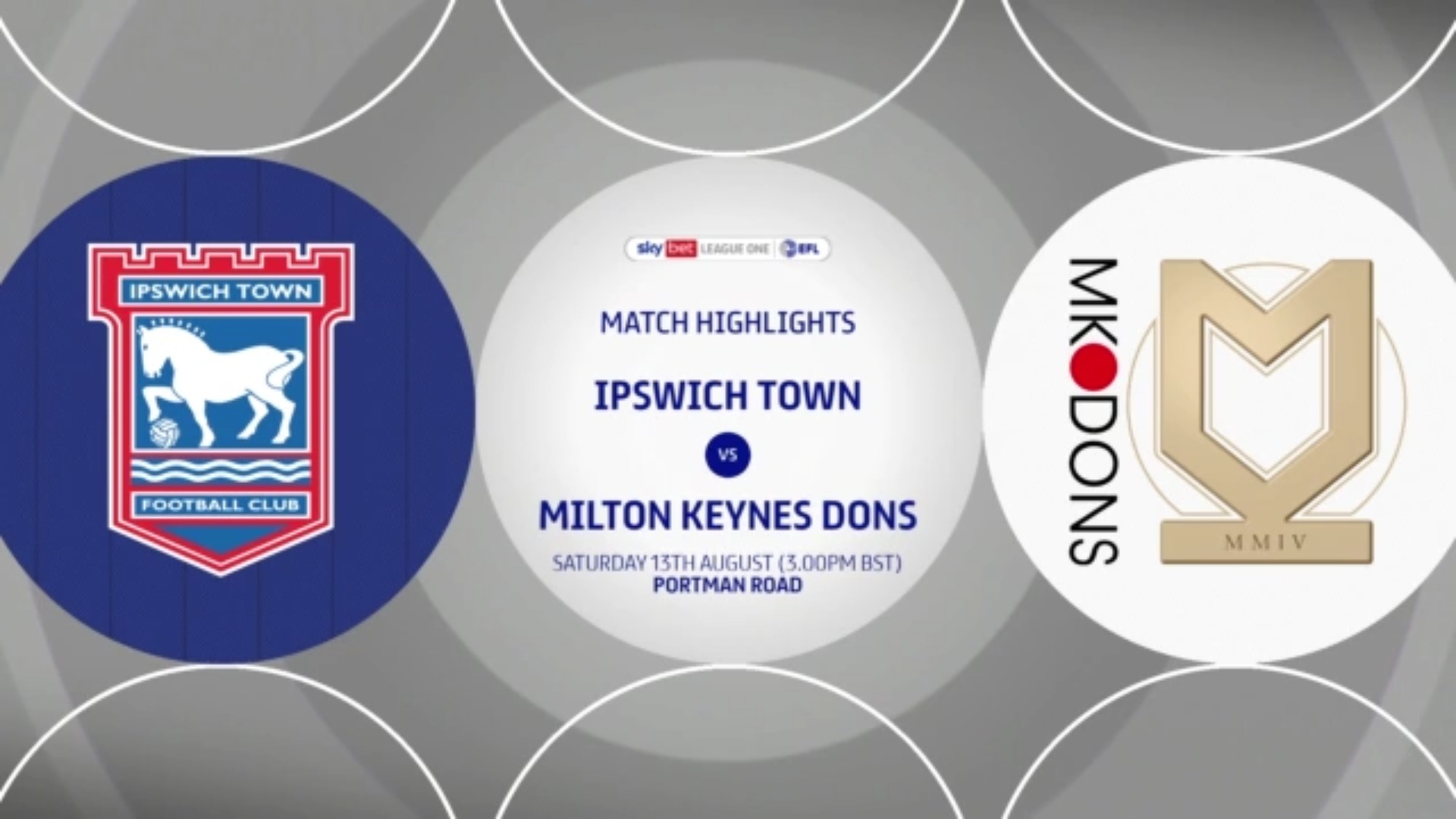