MK Dons are delighted to welcome Robbie Stockdale to the Football Club as Assistant Head Coach.

Speaking to mkdons.com, Stockdale said: “I am very happy to be here. I have had several opportunities since leaving my previous job but this is the one that felt right for me.

“After speaking with Mark, it’s clear we have similar ways of seeing the game. I’ll be looking to support Mark and help the Club by offering my experience and my ideas, having been fortunate enough to work under some top international managers during my career.

“I watched the game last weekend against Lincoln City and I could tell right away that we have a strong identity. The challenge now is to improve, get some results and move up the table.”

Stockdale, 43, made over 250 career league appearances during his playing career, appearing for clubs such as Middlesbrough, Rotherham United, Hull City, Tranmere Rovers and Grimsby Town. He also earned five international caps for Scotland.

The ex-defender turned to coaching in 2012 and over the past 10 years, has held first-team coaching roles at Grimsby Town, Hibernian and West Bromwich Albion, working under the likes of Sam Allardyce, David Moyes and Chris Coleman. He also served as caretaker manager for both Grimsby and Sunderland – the latter on three separate occasions.

Stockdale was handed his first permanent managerial role by Rochdale in July 2021 and spent 13 months in charge at Crown Oil Arena before he departed Greater Manchester and was soon added to the first-team coaching set-up at Hull City.

Head Coach Mark Jackson commented: “While our paths have never crossed during our professional careers, we have quickly got to know each other through this process and it is clear we aligned in how we see the game and how we want the team to play, but also on a personal level, in terms of how we want to treat people, players and staff, at the Club.

“He has vast experience of coaching at first-team level and has worked with some high-profile managers, while also has an impressive history of developing young players. He has also managed himself which means he understands the demands of this job.

“I believe Robbie will be a perfect fit for our structure and a perfect fit for me, and I am really looking forward to working with him – he will play a big part in what we are looking to achieve here at MK Dons.”

Sporting Director Liam Sweeting added: “After conducting a thorough process, led by Mark with support from myself and Simon Crampton, we are delighted to welcome Robbie Stockdale to join our team as Assistant Head Coach.

“Robbie's diverse experiences, assisting some high-profile managers at Sunderland, Hibernian and West Brom whilst also having experienced leading his own team in the EFL, made him a stand out candidate to assist Mark in our exciting new coaching team.

“Robbie shares in our vision for the Football Club and I believe he will be a major asset to Mark in achieving our target this season.” 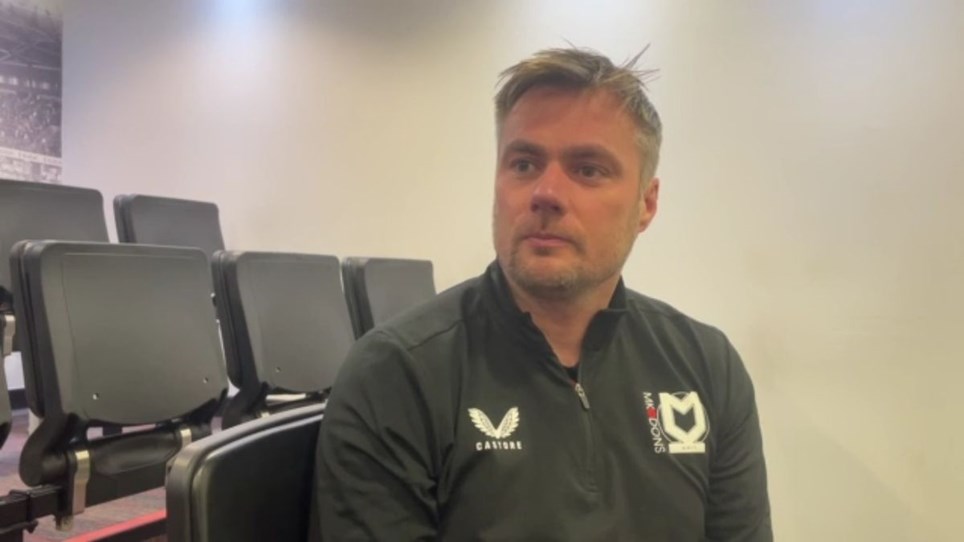 
Louie Barry has been recalled by parent club Aston Villa in order to facilitate a loan move to Salford City.