Captain Dean Lewington shared his post-match thoughts, following a 3-1 defeat to Barnsley at the Oakwell Stadium.

The Dons have now gone three Sky Bet League One games without a win, their league form so far this season has currently placed them 21 with 14 points collected.

MK Dons’ captain stated that the team ‘need to improve drastically’ in their ‘dog fight’ at the bottom of the table. Lewington had this to say about the recent disappointment on the road “It just wasn’t good enough.

“It's hugely frustrating because it's a tough place to come and in the first 10 minutes they came out strong. When they got that first goal, we got back into it. We looked good for the last 15 minutes of the first half, but we came out and repeated the same mistakes early in the second half. They are simple mistakes, but they are costing us massively.

“The manner of the second goal is frustrating. You have to be difficult to play against, but not doing our basic jobs is punishing us. It’s not good enough.” 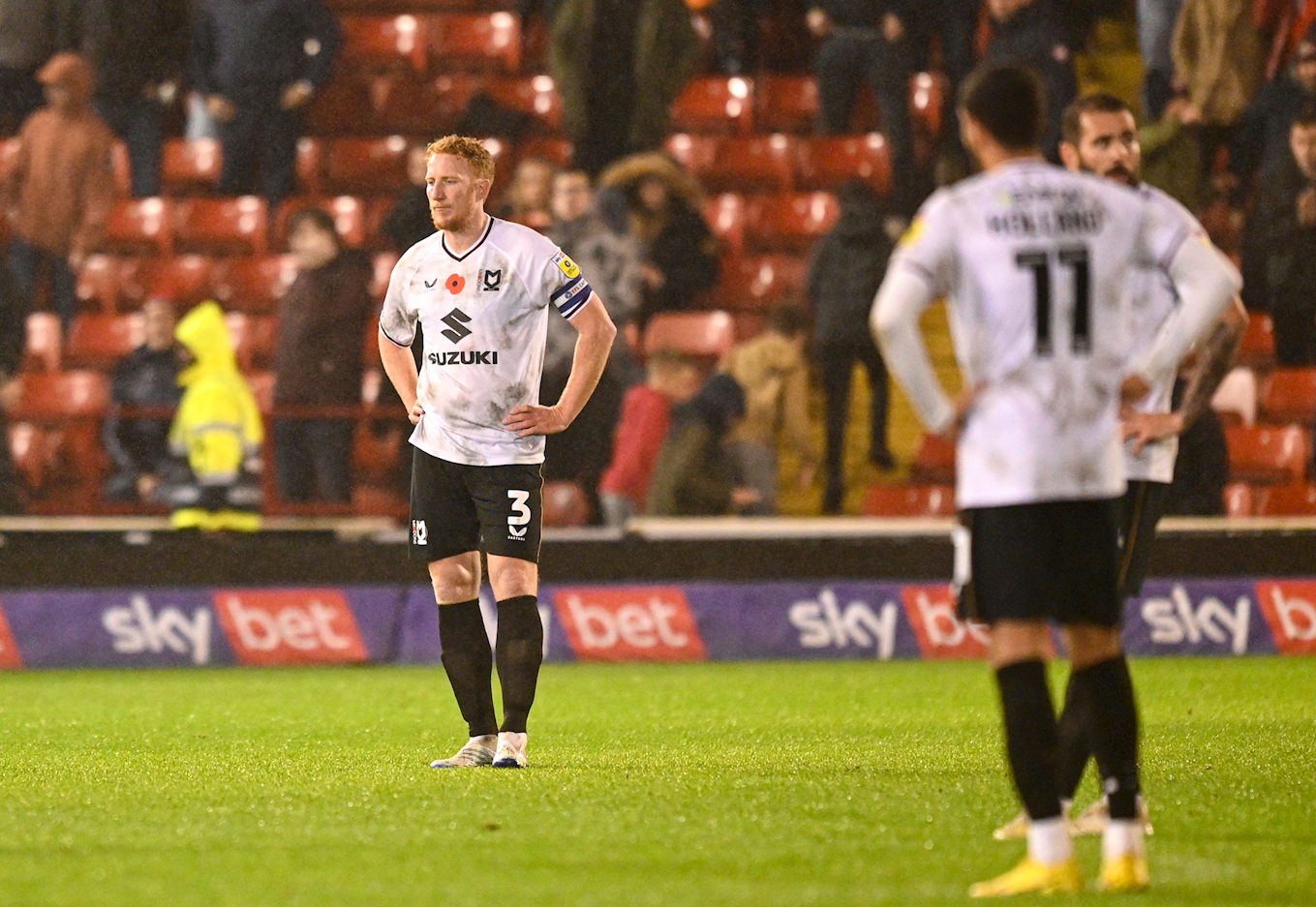 The Skipper was then asked about the improvements needed to grab positive results in the league, much like the team have been achieving within their cup campaigns, the number three added “We need to improve everywhere.

“It would be okay if it was one or two things that we needed to work on, but there are multiple areas we need to get better at. We need to improve drastically - we must do more because otherwise it gets harder to turn it around.

“We have to look at things in the cold light of day and say it’s not good enough as a group. No excuses.”

Near 400 MK Dons fans travelled to Barnsley to get behind and support the team. When asked about the supporters, Lewington replied “After the game, I felt embarrassed to go over and clap them because of what we had put on display.

“The fans give up their time and money, when things are already so expensive, and they make a massive effort to follow us. At the very least, they want to see a team have a go, to show some bravery and something about them.”