MK Dons are delighted to introduce the Club's first Her Game Too Ambassador - Hannah Smith.

In 2021 MK Dons partnered with the #HerGameToo campaign, which aims to highlight and combat sexist abuse in football.

Her Game Too was founded by 12 passionate female football fans, with the aim of fostering an ethos in football in which women are welcomed and respected equally. They aim to campaign against sexism in football and to continue to fight against online abuse targeted at female football supporters.

Hannah, commenting on her new role, said: “I have supported MK Dons for many years and played football from a young age, which as a girl has its challenges.

"I am very passionate about the Her Game Too campaign and am excited to be the MK Dons Ambassador. I want to make girls and woman feel comfortable, valued, and supported within the community. 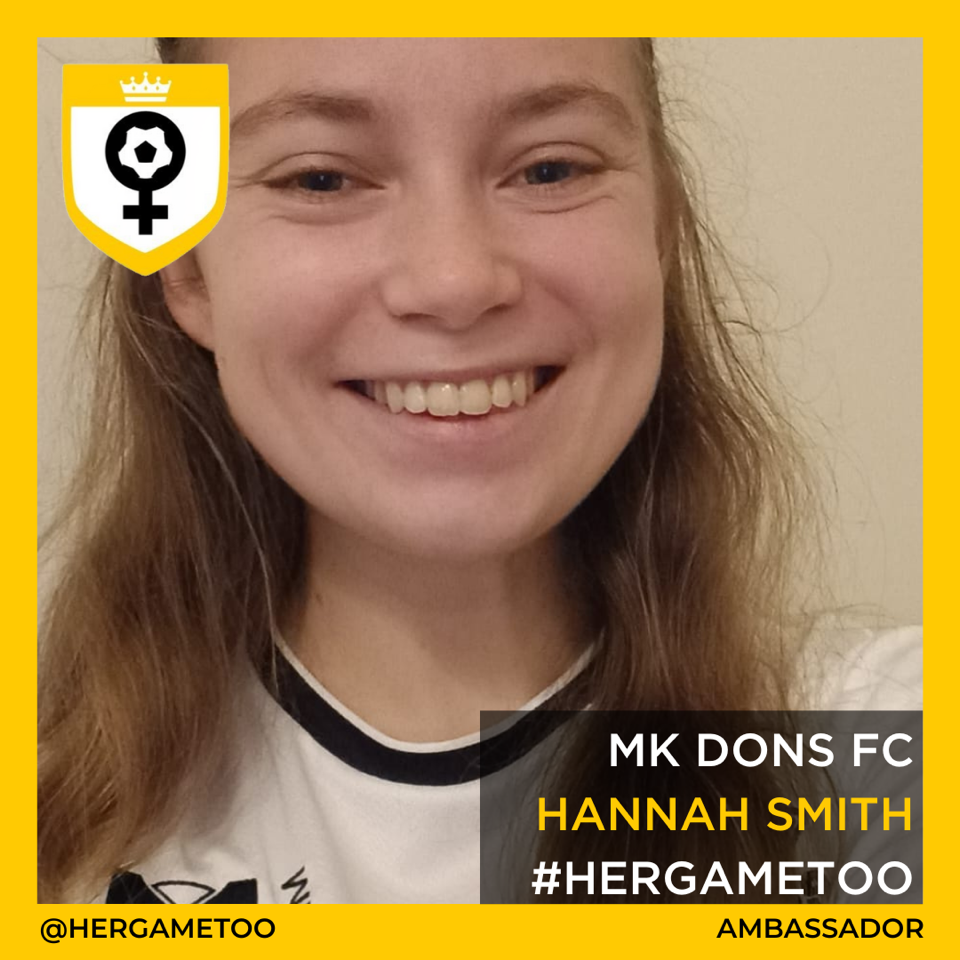 "Football is a game for all, not just boys and men which is something that I have often heard and experienced.

"I’m keen to help Her Game Too to fight against sexism within football and encourage more engagement within the community for girls who are passionate about football and want to be involved.”

We wish Hannah all the best and will keep supporters updated on the positive work Hannah gets involved in.


MK Dons Sport and Education Trust are calling for support from the Milton Keynes community as they look to provide Christmas hampers to those in need this festive period.