Harvie gave an insight into how the time off will allow MK Dons to ‘get better as a team’ as well as sharing his thoughts on the crucial role he played in Saturday’s winning goal.

Not only did the left-back help keep a clean sheet, but he also provided the unique long-throw set-piece which fell to Warren O’Hora, who converted from close range.

When questioned about the goal, Harvie said: “During the week we spoke about it in case we needed it at some point during the game.

“I think at that point of the game it felt right to try it and see how it played out and luckily we scored from it.

“Regardless how we score it’s always pleasing. It’s quite funny that it came from a long throw as it’s not something we usually do, but nevertheless it’s a goal and another three points.”

Shifting focus towards the international break and how this will impact him and the team, the number 21 responded: “It’s a good time to get on the training pitch and get better as a team and individuals.

“It has been a long, tough season, with a lot of games, so I think we will take this week to train hard and get better for the next game, as well as resting.”

When the Dons return to action next weekend, they will face Shrewsbury Town at Stadium MK. When asked about the importance of this match Harvie said: "Every match is important, from the start until the last game of the season and we want to win every one of them.

“It’s another game that we want to win and put more points on the board.”

The Scot concluded his interview by thanking the fans for their ‘unbelievable’ support at the Abbey Stadium last Saturday and their ‘brilliant’ support all season.

“The fans have been unbelievable travelling all over the country to follow us,” he said.

“They were unbelievable on Saturday and it gives the boys that edge to go and win, it helps us a lot.

“The support has been brilliant and hopefully that will continue heading into the last seven games of the season.” 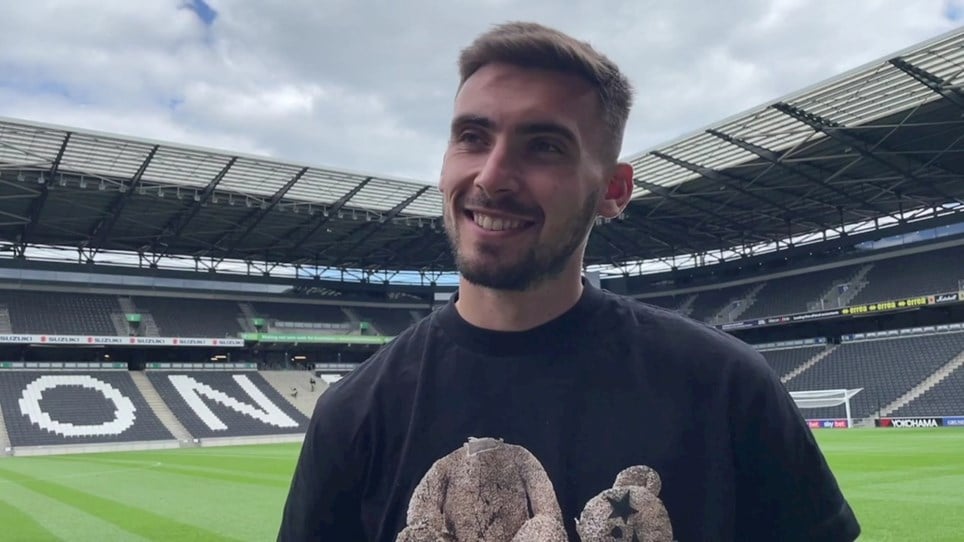