Burns, 19, completed a medical at Stadium MK this weekend before putting pen to paper on a long-term contract after a deal was finalised with St. Patrick’s on Monday for an undisclosed fee. He becomes the Club’s sixth signing of the summer.

A Republic of Ireland youth international, Burns has spent his entire career to date in Dublin, totalling 59 appearances and 24 goal contributions for the Saints, finding the net 11 times while providing 13 assists.

This season so far, Burns has played 23 times, scored four and set up three. He also ranks second amongst Irish Premier Division players with 82 crosses while nobody in Ireland has completed more dribbles. He is also ranked in the top five for through passes, key passes and progressive runs.

“I’m absolutely delighted,” Burns told iFollow MK Dons in his first interview. “It has been going on for a little while so to get it done now – I’m over the moon.

“I was excited as soon as I heard of the interest from MK Dons. I love Ireland and I’ve loved playing there but you have to challenge yourself in your career and this is a brilliant fit for me.

“The Gaffer has asked me to come in, be myself and not change anything which is what I will be looking to do. I’ll be looking to get the ball at my feet and go at defenders – and hopefully get some goals and assists to!”

Born in County Meath, Burns began playing at Dublin-based academy St Kevin's Boys, with whom he won the Ravenna European Cup in 2017. The winger scored several goals, including the winner in the Final.

The following year, he joined St Patrick's Athletic and then made his senior debut in August 2020, aged 16, as a substitute in an Irish Premier Division fixture with Shelbourne. Burns featured six times that season before establishing himself as a first-team regular in 2021.

During the 2021 campaign, Burns contributed to 17 goals in 30 games, finding the net seven times as well as providing 10 assists. He scored and assisted in the Saints’ FAI Cup Semi Final win over Dundalk, before helping his side win the competition with a penalty shoot-out victory over Bohemians at the Aviva Stadium.

Despite interest from a number of clubs in January, Burns started the 2022 season with the St Patrick’s and, prior to this switch to Stadium MK, had scored four goals and set up three across 23 appearances.

Burns, who represented Northern Ireland at Under-17s and Under-19s level, has also earned himself recognition with Republic of Ireland Under-21s, recently being included in their squad for a European Championship clash with Sweden.

Sporting Director Liam Sweeting said: “I’m delighted to welcome Darragh to MK Dons and the exciting challenge of English football that awaits him.

“Darragh is someone we have tracked for over 18 months since his performances last season for St Pats and again this season as he continued to develop and deliver excellent performances in the League of Ireland. He has also been rewarded recently with a call up to the Republic of Ireland u21s.

“Darragh has chosen MK Dons as the perfect match for his next stage of development and we look forward to firstly helping him settle here and then challenging him to continue progressing with us. I have been impressed with how eager he is to get going and we are pleased to welcome him and his family to Milton Keynes and the Dons.”

Head Coach Liam Manning added: “Darragh is a player we have watched for some time, including on our recent visit to Ireland for pre-season, and we are pleased to have been able to bring him to the Football Club.

“This will be a big transition for him, moving to a new country and a new league, so it will likely take some time to settle but he has some fantastic qualities and we are all very excited by his potential.”

The deal is subject to international clearance. 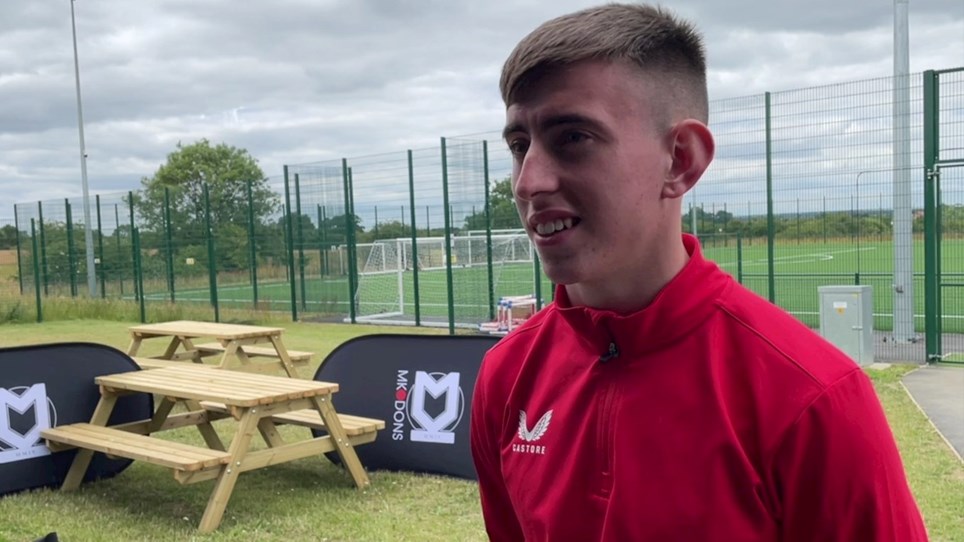