Lawrence, 20, will spend the 2022/23 campaign at Stadium MK and becomes the Club’s 12th addition during the summer transfer window.

The England youth international has been with Chelsea his entire career, progressing through the Blues’ youth ranks to sign professional terms in 2019.

“I’m very pleased,” Lawrence said in his first interview with iFollow MK Dons. “I saw how well MK Dons did last season and I’m looking forward to being a part of things moving forward.

“Coming from Chelsea, this is a similar playing style to what I am used to and I saw that last season when I played against MK Dons. I am very excited to come into this team and show what I can do.

“Another one of the big reasons I wanted to come here is Liam Manning and the Club’s record of developing young players. This is a good place for me to come and improve my game.”

A Chelsea fan growing up, Lawrence began his career with the Blues as a youngster and worked his way through the age groups before signing his first professional contract in 2019.

During the 2019/20 season, he made his breakthrough into Chelsea’s development squad and finished his maiden campaign at that level with 30 games and five goals to his name.

He added a further 19 games and four goals to that total in the curtailed 2020/21 season before joining AFC Wimbledon on loan last July. He played in every position across the defence during his time with AFC Wimbledon, totalling 32 appearances - 24 of which came in Sky Bet League One.

Lawrence is also an England youth international who made his bow at Under-19s level in October 2019. A year later, he made his debut for the Under-20s and has since totalled four caps at that age group.

Sporting Director Liam Sweeting said: “We have been tracking Henry for a long time, watching him for Chelsea Under-23s, England Under-20s and during his time on loan at this level last season.

“We have always felt he would suit playing for MK Dons as he has real athleticism, excellent defensive understanding and an ability to affect the game in attacking situations. Meeting him recently also showed us how determined and ambitious he is to succeed within the game.

“I am delighted that our paths align at this moment and look forward to watching his progress unfold with us.”

Head Coach Liam Manning added: “Henry is a player we have liked for a while and are pleased Chelsea have allowed us the opportunity to work with him this season.

“He is a young player with real quality, both athletically and in terms of his technical attributes. He has also shown an ability to play in multiple different positions and that versatility will be key to both us and him this season.” 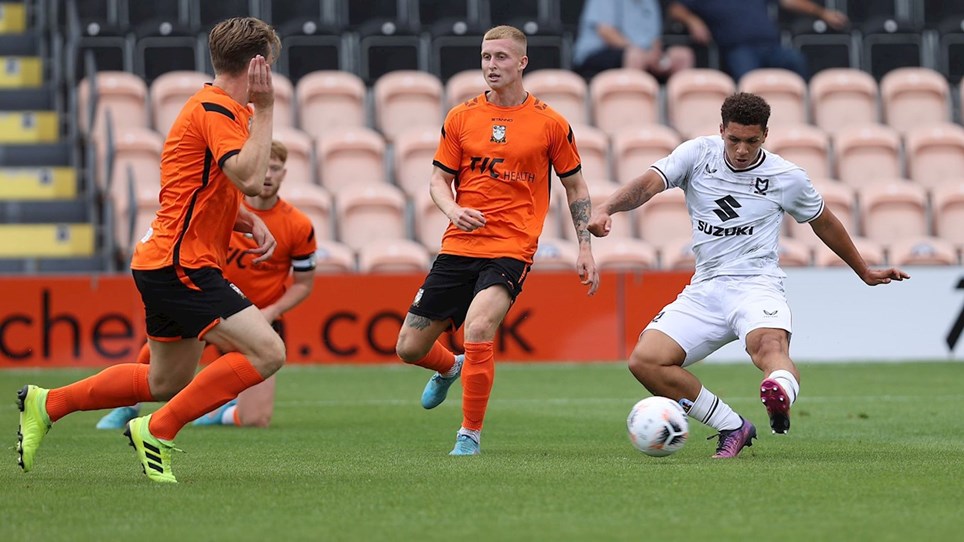 Lawrence: Roll on the season