Liam Manning praised a mature performance from his MK Dons side in their 1-0 win away at Wycombe Wanderers.

Manning’s Dons made it back-to-back league victories courtesy of Scott Twine’s 13th-minute finish – a result which saw them leapfrog the Chairboys and into fourth place in the Sky Bet League One table.

“I'm especially pleased with the result and the performance,” Manning said in his post-match press conference.

“In the first half, we showed some great moments of quality - we attacked well and got into some great areas.

“In the second half, we knew they'd come out and get at us and be a bit more aggressive but we showed a real resilience - we scrapped well and won a lot of the second balls.

“They have some good physical players but we stood up well to that. We did what we needed to do to win the game.

“We showed a real maturity which was so pleasing. Looking back to the Sheffield Wednesday game late on where we looked a little naive and immature - credit to the lads today, we showed a lot of maturity.

“It's really important to stress that because we're often associated with our attacking stuff. We looked compact, we defended well and we showed character and togetherness.

Manning added: “The players delivered today and on Tuesday at Burton and have done really well to get into the position we're in.

“Now we've got a week without a game which will be good to be able to rest a few of the guys.”

Liam Manning and MK Dons are back in action on Saturday when they take on Lincoln City at Stadium MK, looking to secure a third straight Sky Bet League One victory. 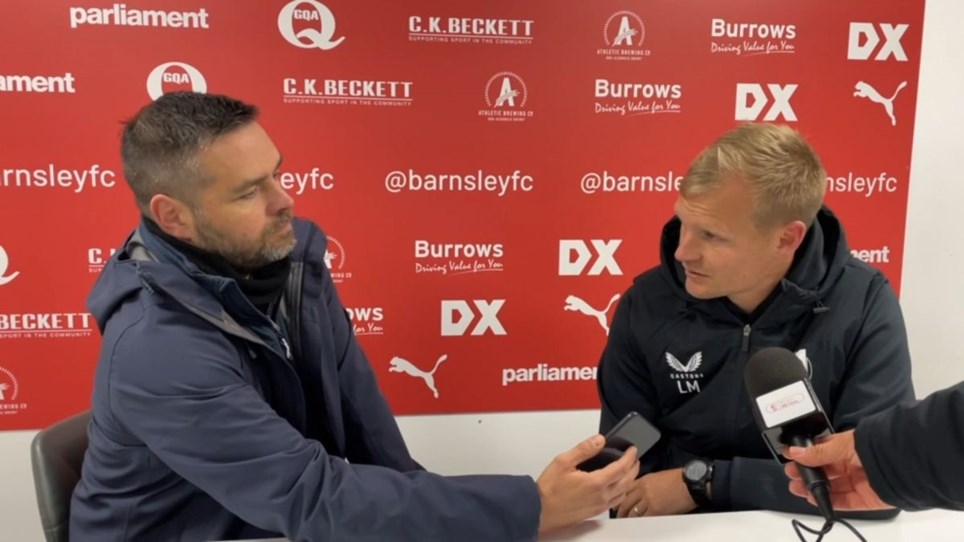