Last season, the Dons hosted a total of 17 home games and amounted a number of six defeats at Stadium MK. Now, Charlie Bill’s Women look to hit the ground running against the Robinesses.

MK Dons recently suffered a heavy defeat against Portsmouth, the team now look towards their mid-week game in the hope that they can bounce-back to winning ways.

THE OPPOSITION
Cheltenham Ladies have had an excellent start, besting both Plymouth Argyle and Billericay Town to claim six points within the opening games of their season.

Wednesday will mark the night of the Robinesse’s first away game of the season. The travelling side desire to continue their unbeaten streak under the lights of Stadium MK.

LAST TIME OUT
MK Dons were on the road for their second consecutive away game, in the most-recent weekend of FAWNL Southern Premier Division fixtures. Portsmouth, who hosted the match, came out on top with a 4-1 victory. 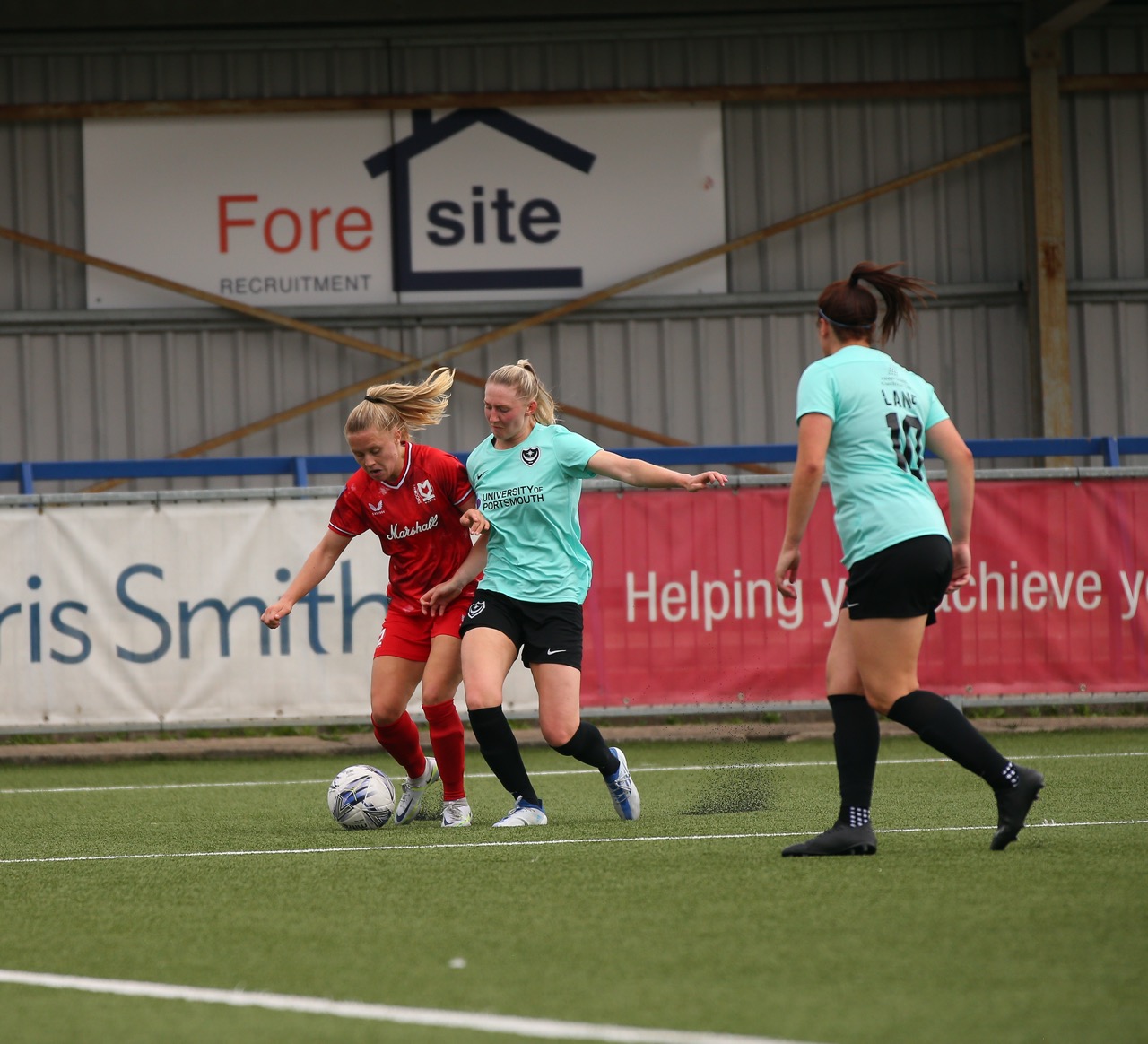 Although down 3-0 at half-time, Charlie Bill’s Women persevered and were awarded a goal for their efforts. Although, it was merely a consolation for the losing team.

Cheltenham Town collected back-to-back victories which has helped kickstart their 2022/23 season. Billericay opened up the scoring and claimed a 1-0 lead not long after the interval.

Soon after, Cheltenham were awarded a penalty which they converted to equalise. The Robinesses used their momentum to score the winner and achieve six points from their first two games.

TICKET NEWS
TIckets will be available to purchase right up until kick-off at 7:45pm. Tickets will be sold in the West Stand only – They are priced at £5 for adults and £3 for Under-18s.