The Manchester United defender arrived at the Club late last week and made his debut off the bench in the Emirates FA Cup tie with Burnley, impressing during his brief cameo at Turf Moor.

Laird, who could make his professional league debut this weekend at Peterborough United, hopes to build on that performance and continue to catch the eye during his time with the Dons.

“I want to bring excitement,” the 19-year-old said in his first interview with iFollow MK Dons, which is now available to watch for FREE.

“It was good to get a run out [against Burnley] and show a little bit of what I’m about. [Last week] was a bit hectic so I want to thank the manager for giving me the minutes he did.

“This week is about getting used to being around here and making sure I’m ready for Saturday - I’m going to be ready for that one and hopefully the manager will play me.”

Laird’s appearance off the bench last Saturday was only his third in senior football, having featured twice for Manchester United in the UEFA Europa League during the 2019/20 season.

The defender is excited for his first extended taste of competitive football.

“Being a Manchester United player, you’re built with a winning mentality and now it’s an opportunity to for me to implement that in a professional environment,” he said.

“We as Man United players have that winning DNA so hopefully it will be easy for me to get adjusted, but that’s why I’m here - to gain that experience.”

Ethan Laird could make his league debut for MK Dons this weekend when the side travel to the Weston Homes Stadium to take on Peterborough United. 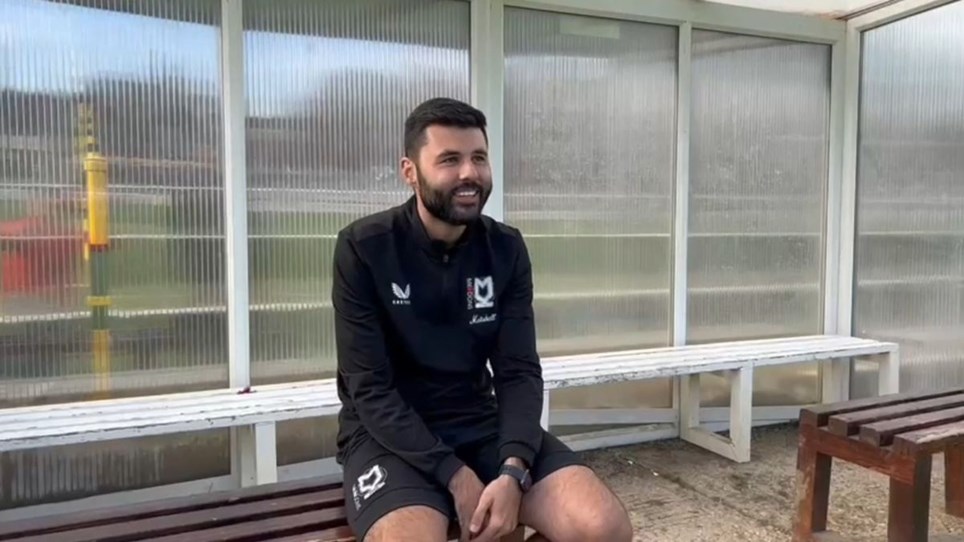