After only a year of being an Official Club Partner, leading pizza franchise, Papa John’s, has already agreed a new deal to expand its support of MK Dons by becoming an Elite Partner for the next five years.

This exciting development in the new partnership, has seen the Papa John’s kiosk in the East Stand upgraded to a fully functioning store, delivering to local residents seven days a week.

What’s more, when fans can return to Stadium MK, they will still be able to enjoy freshly-cooked Papa John’s pizza - known for its “BETTER INGREDIENTS. BETTER PIZZA.” concept which means only the freshest, finest ingredients are used for a better flavour - served up from the dedicated Papa John’s kiosk inside the stadium while they watch the match*.

Chairman Pete Winkelman said: “We are proud to be furthering our relationship with Papa John’s – one of world’s leading pizza franchises and one local to Milton Keynes.

“The Papa John’s team have shown a real desire to engage with the Milton Keynes community, and also support our Football Club through this difficult time.

“I am excited to see this partnership continue to grow over the next five years, not least with our supporters able to make the most of the in-stadium Papa John’s kiosk, when they are permitted to return back home to Stadium MK.”

“Milton Keynes is where our manufacturing base is located, and we have always been keen to support local community activities in the area.

“As well as the Kiosk and new store at the stadium, our goal was to strike a deal between MK Dons and Papa John’s to provide significant investment for the Football Club and we are delighted to have kicked this off in fine style.”

The agreement will also see Papa John’s continue to partner up with the Club’s social media channels, as well as remain sponsors of the Papa John’s Goal of the Month Award.

Papa John’s will also receive increased branding around Stadium MK, as well as supporting MK Dons Sports & Educational Trust as a Friend of the Trust.

Andy Wooldridge, Commercial Manager at MK Dons added: “In the past year or so, we have built a very strong relationship with the team at Papa John’s and with franchisee Rav Singh, who runs the kiosk at Stadium MK along with the other Papa John’s stores in Milton Keynes.

“The fact that Papa John’s were so keen to increase its investment and involvement with the club so early into a long-term agreement, further demonstrates just how strong our partnership programme is. Among our partners, we boast global brands, such as Papa John’s, along with some of the best businesses in our region.” 
Stadium MK played host to the first of four UEFA Women’s EURO 2022 matches as Spain beat Finland 4-1 in the opening game of Group B. 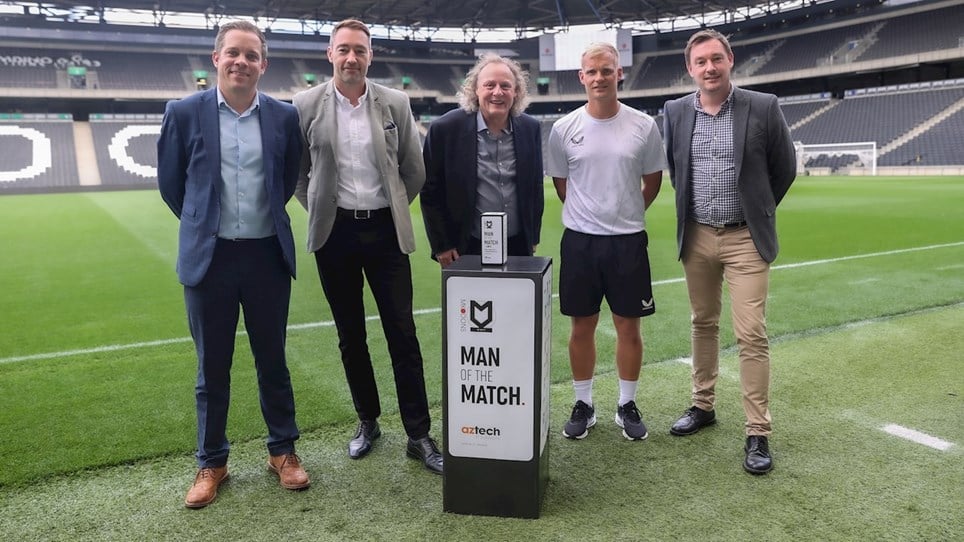