Zak Jules believes the working under Russell Martin at MK Dons can only be seen as a positive for the young Defender.

Jules arrived at Stadium MK on Deadline Day with the 23-year-old making the journey south from Walsall to complete his move.

Having impressed with The Saddlers in Sky Bet League Two, Jules feels playing for a progressive manager in Martin will only help improve his game.

Martin, a Defender during his playing days, made over 500 professional appearances, while he also won promotion into the Premier League twice with Norwich City.

His experience is something Jules is looking to learn from as he aims to improve under his new Boss.

“Russ has a lot of experience at a very good level and had a great career,” Jules told iFollow MK Dons. “He played in the same position as me and is someone I want to feed off.

“The style of play is something you don’t see it at all in the Football League. It’s very attractive, it’s a way of playing that I played through the Youth System. Since leaving - it’s rare to come across a Football League Club that plays this way.

“It’s a time in my career where I want to kick on and test myself. I feel like MK Dons is the place for me - it’s the time for us as a football club to push on and give it a right go. It’s a perfect fit in that sense and now we have to kick on and move forward together.”

“It’s a great football club, when you come here to look at the stadium and facilities – they speak for themselves. The way the team play is very attractive, and it’s a style of play I want to be a part of – it was a no brainer.”

Martin added six new recruits in the January Transfer Window, with Warren O’Hora also making his loan move at Stadium MK a permanent one. The Dons now have a number of young and hungry players in the dressing room, combined with a handful of experienced heads.

Jules feels the Dons now have the perfect mix and believes it’s an exciting time to be an MK Dons fan.

“Looking at the transfers I feel like the manager has freshened things up by bringing in some young talent into the football club. That’s good for me because I’m young, I want the opportunity to show what I can do.

“At the same time you want the experienced heads in the dressing room to guide you in the right way and in the right direction – it’s a good balance.” 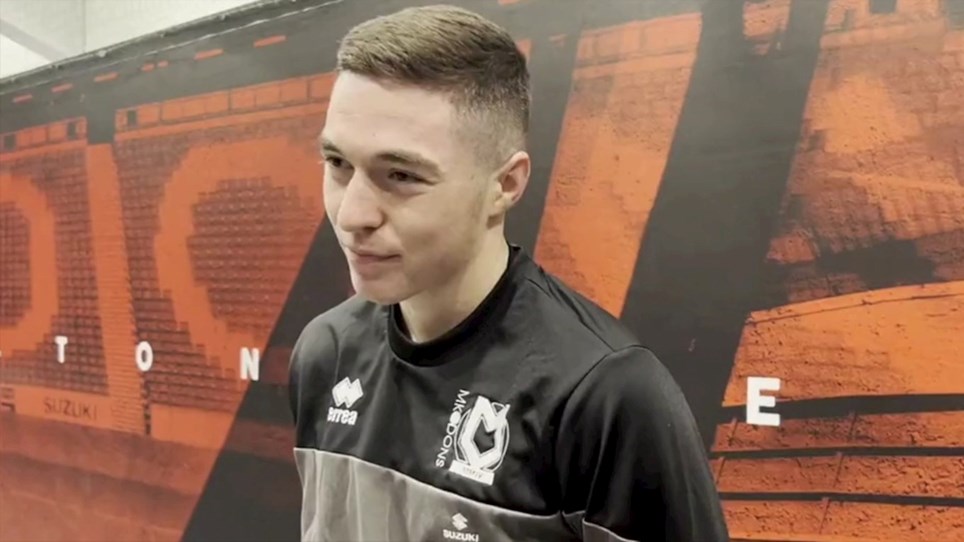