Liam Manning admits he was disappointed to walk away from Portman Road with just a point.

MK Dons came from behind twice to earn a 2-2 draw against Ipswich Town but left Suffolk with a sense that they deserved more from a dominant display – especially after hitting the woodwork in the final minute of stoppage time.

“It's a mixed feeling,” the MK Dons Head Coach said in his post-match press conference. “If you look at it as a point away at Ipswich, that's not a bad result but there's a slight frustration because it could have been more and, looking around the dressing room, there's a few frustrated guys in there.

“There were large elements of control, we caused them problems and really opened them up. That final bit just wasn't quite at the level today - the final pass, cross, shot wasn't quite where it should have been.

“It’s the same at the other end because the goals, for me, were cheap. Their first goal is frustrating – ultimately, it was just one ball over the top and it's in the back of our net. It’s something, for me, we should be dealing with and the boys were really honest about it at half time. I didn't see too many diagonals cause us as many problems after that.

“We don't want to make a habit of going behind all the time but it says a lot about the group that they can come back. It's nice to see that resilience in the group to bounce back.”

He added: “There is so much progress we can make as a group but even in the short period of time we've had, you can see the progress they've made. It excites me to get on the grass again.”

Saturday’s result means the Dons have collected four points from their opening three matches under Liam Manning – a total that the Head Coach would have taken on the day of his appointment but one, he feels, they should have bettered.

“When I took the job, if you'd offered me four points I'd have probably taken it but, at the end of the week, maybe it could have been more.

“Against Sunderland, arguably we could have had a point with the quality of chances we had and today could have been three points. It's good to want more and to have high standards but the bigger picture - four points from the games isn't a bad return.”

On lessons that can be learnt…
“The biggest thing for us is to learn how to give nothing away in periods where we're dominating and how to see teams off.”

On Scott Twine’s goal…
“You see the way he strikes the ball – I don't even know how to describe it. He had a great game today. He found some great space between the lines which they found difficult to pick up. He looked a threat all day.”

On Josh Martin’s chance late on…
“I spoke to Josh before the game and I told him I felt he would come on and make an impact, especially with the Norwich-Ipswich rivalry. It was almost written before the game starts. It was a really good chance and I would have been delighted to see it go in but ultimately, he did come on and make a really good impact. He's chomping to get going.”

On end-to-end nature of the game…
“I'd much prefer us to have more control but people come to watch football to be entertained and I think a lot of people will tell you this was really entertaining. I want more elements of control, though. It was good for the fans but, from the sidelines, I'd like more control to ultimately see teams off.”

On a full week of training…
“For some of the guys who haven't had huge minutes yet, this week will be great to see them and assess them to see where the group is at.” 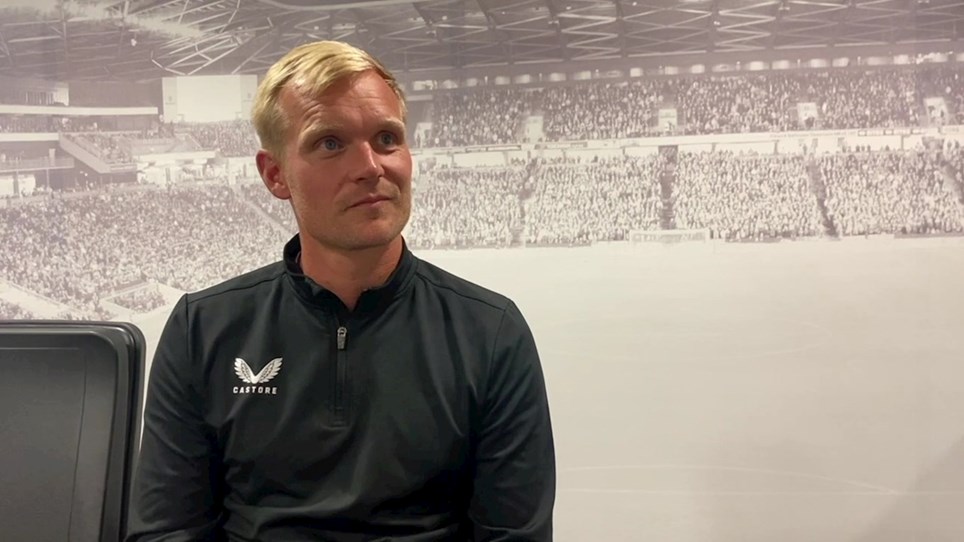