Milton Keynes Dons are delighted to announce the arrival of David Wright as Assistant First-Team Coach.

Wright, 41, moves to Stadium MK from Norwich City, where he managed their Under-23s side.

The former Maldon & Tiptree manager enjoyed a 17-year playing career which saw him make over 500 appearances for the likes of Crewe Alexandra, Wigan Athletic, Ipswich Town and Crystal Palace and win two promotions.

Speaking to mkdons.com, Wright said: “I’m really looking forward to this opportunity to work with Liam and Chris at this fantastic Football Club.

“We’ve all known each other a long time from our days at Ipswich Town - we had a great relationship back then and we’ve kept in touch ever since.

“We all see the game the same way, and off the pitch our values match as well, so when the chance arose to reunite with them, and also for me to be able to work at this stadium for a club that is moving forwards, it was an easy decision.”

Wright began his football career with Crewe Alexandra, with whom he played over 200 games and won promotion from the Football League Second Division. The defender went on to total over 500 appearances for clubs such as Wigan Athletic, Ipswich Town and Crystal Palace and win two promotions.

After retiring as a player, Wright spent time coaching with Ipswich Town and Colchester United before being appointed manager of Maldon & Tiptree in June 2015. He took charge of 30 games, winning 11 and drawing five, before becoming assistant manager to Kevin Keen back at Colchester United.

Wright, who managed one game as U’s caretaker boss, following the departure of Keen, soon left Essex to work with Norwich City’s Under-18s, working in that role for two years before stepping up to become the Canaries’ Lead Under-23s Coach in January 2019.

Head Coach Liam Manning told mkdons.com: “I go back some time with David from our time together coaching at Ipswich Town.

“His values align with me and Chris. First and foremost, he’s trustworthy, open and honest but he’s also somebody who analyses the game and looks to improve those around him.

“As well as that he has terrific knowledge of the EFL from his experiences as a player, where he played in every division and enjoyed promotions. He is certainly a positive addition to the Football Club.”

Sporting Director Liam Sweeting said: “We are delighted to welcome David to MK Dons. He joins from a highly-quality club in Norwich City and with a fantastic reputation for developing players.

“What’s more, he has a wealth of EFL experience from his time as a player but also as an assistant with Colchester United, and already has a fantastic working relationship with Liam Manning and Chris Hogg from their time together at Ipswich Town.” 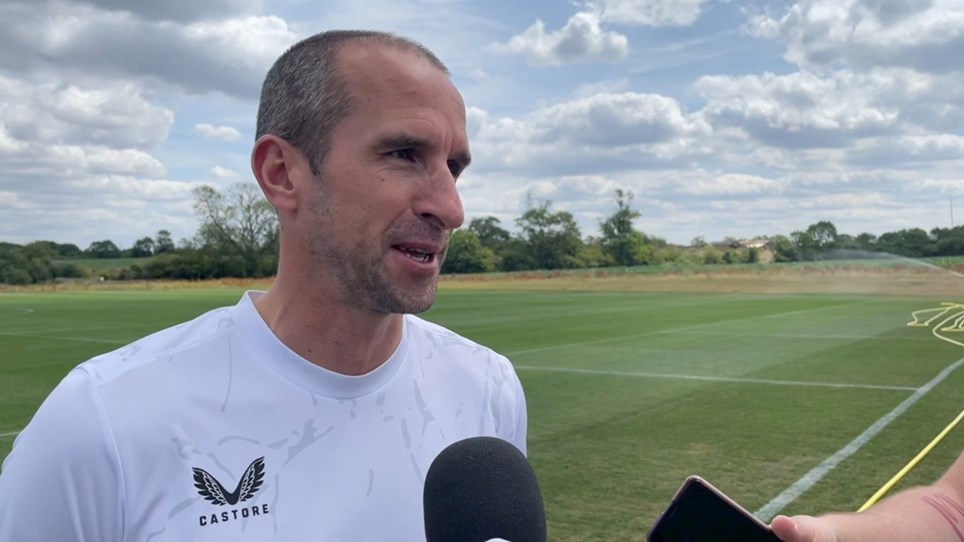 Press conference: David Wright talks about the benefits of pre-season 
Milton Keynes Dons are delighted to announce the arrival of David Wright as Assistant First-Team Coach.