Milton Keynes Dons are delighted to announce the arrival of Chris Hogg as Assistant Head Coach.

Hogg, 36, joins the Football Club from Newcastle United where has served as Under-23s Lead Player Development Coach for the past 18 months.

The former Hibernian midfielder was in the Ipswich Town Academy at the same as Manning, who he now links up with again at Stadium MK.

Speaking to ifollow MK Dons, Hogg said: “I am delighted to join such a fantastic football club and to work with Liam as well.

“Me and Liam were in the same youth team at Ipswich – although that was some time ago now! We share the same vision and belief in how we want to do things, on and off the pitch, and he is somebody I am excited to work with.

“We’re looking forward to the challenge here. I spent a lot of time watching MK Dons last season as an outsider – this is a young and exciting squad, full of players with real potential.

“The togetherness and spirit within the group is clearly already and that is something me and Liam will look to continue developing.”

Hogg made over 200 professional appearances during his playing career, the majority of which came for Hibernian - a team he captained and won the Scottish League Cup with in 2007.

He retired from the playing in 2015 to take up a full-time coaching role within Ipswich Town’s Academy, working his way up from the Under-18s to co-managing the Under-23s side while he also enjoyed a spell as first-team coach of the Tractor Boys.

In February 2020, Hogg joined Newcastle United as Lead Player Development Coach for their Under-23s side – a role served up until this switch to Stadium MK.

Head Coach Liam Manning said: “I am very excited and pleased that Chris has accepted the opportunity to join me at MK Dons.

"Me and Chris go back a long way and we sat down and spoke about our coaching journeys when he finished his playing career and our values aligned perfectly, both in terms of football and on a human level.

“I am confident we build a strong team that can help to take MK Dons forwards.”

“Chris has a brilliant reputation within the Under-23s sector and, again, we thank Newcastle United for allowing Chris to join us at this exciting time for the Football Club.” 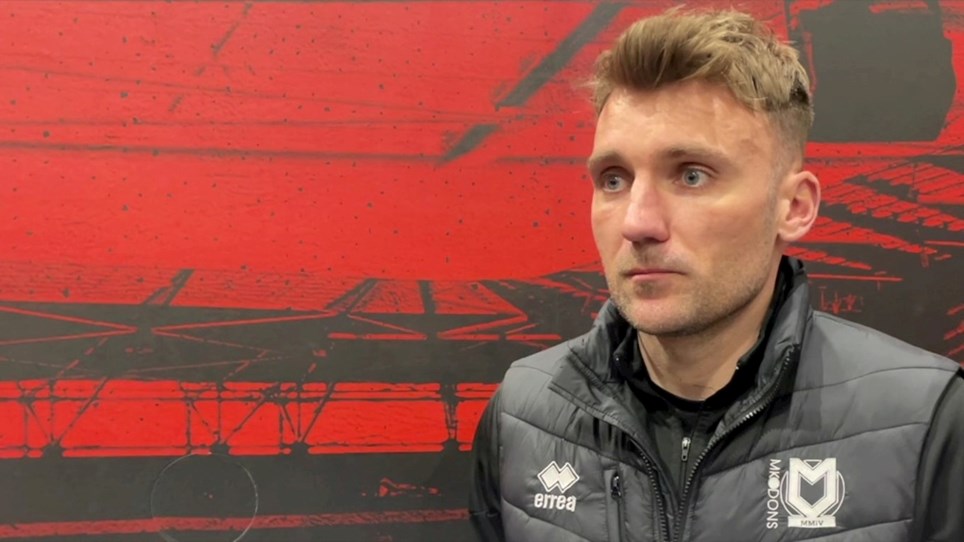 
Milton Keynes Dons are delighted to announce the arrival of Chris Hogg as Assistant Head Coach.