Goalkeeper Coach Dean Thornton meets with the media to discuss his trio of shot-stoppers, the change in schedule this week and Monday's clash with Crewe Alexandra...

Dean Thornton believes he is working one of his best goalkeeping trios this season at Stadium MK.

Andrew Fisher, Lee Nicholls and Laurie Walker form the 2020/21 version of the Goalkeeper Union and all three have played their part in a season where the spotlight has been on the man between the sticks at Stadium MK more than ever.

“They’ve been brilliant as a group,” Goalkeeper Coach Thornton said in the pre-match press conference ahead of Monday’s visit of Crewe Alexandra. “It’s one of the best I’ve ever had.

“There is a lot of pressure (on our goalkeepers) because a lot of emphasis is on them. I love it, personally but it’s a challenge being a goalkeeper coach as there is a lot more work on playing with the ball as it’s not just about saves.

“The goalkeepers have been fantastic and bought into how we play. Fish has been brilliant - I don’t think people remember it’s his first season in the EFL. To take on the responsibility he has is incredible.

“It’s because of Lee and Laurie, though. They all work each other and they all get on brilliantly – that isn’t always the case because they all want to play. But, I can’t speak highly enough of them.

“I can hear Lee screaming at Fish all game giving him advice and encouragement. When we told Lee he came out the team he was disappointed but I cannot fault him one bit - he works as hard as he can every single day. That’s the culture we want here.

“Laurie is so important here too. With the professionalism he’s shown, I take my hat off to him. He’s a unique story - not many people make their debut at 31. I’m not surprised (he’s doing well at Oldham) because I know how good he can be.”

MK Dons will look to make it five straight Sky Bet League One wins when they face Crewe Alexandra at Stadium MK on Easter Monday.

Due to the Government’s Covid-19 restrictions, the fixture will take place behind closed doors but fans can still ensure they don't miss a minute of the action thanks to iFollow MK Dons. 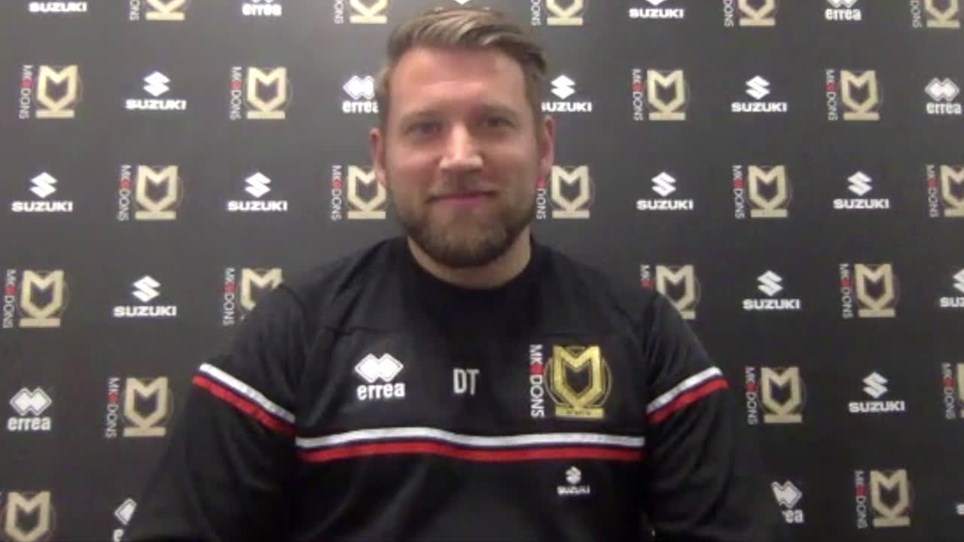