MK Dons will look to make it back-to-back Sky Bet League One wins when they take on Bristol Rovers tonight at the Memorial Stadium.

Russell Martin's men moved into the top half of Sky Bet League One with their 1-0 victory over Portsmouth on Saturday and have the opportunity to climb as high as ninth if they secure another three points in Bristol.

The Dons, who have very little to play for while sitting seven points adrift of the play-off places and mathmatically safe from relegation, will still want to end the season in a positive manner, and build momentum ahead of the 2021/22 campaign.

They could also complete a league double over an opponent for the first time this season, following their 2-0 triumph over Bristol Rovers back in December.

THE OPPOSITION
Bristol Rovers currently sit 23rd in the Sky Bet League One table, six points adrift of safety with only four games left to play.

The Pirates appointed Joey Barton as their third manager of the season in February 2021 - the former Manchester City and Newcastle United midfielder succeeded ex-Dons boss Paul Tisdale, who spent less than three months in charge after taking over from Ben Garner. 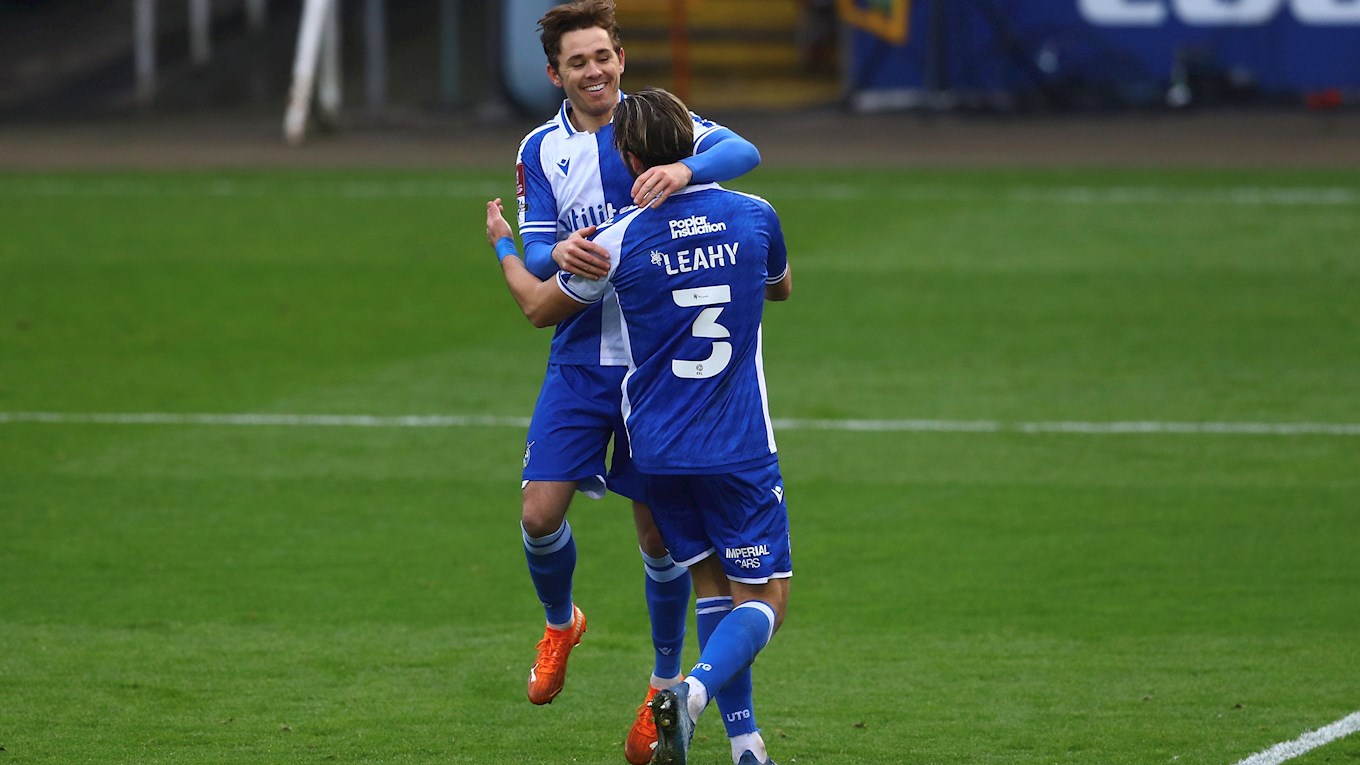 Bristol Rovers have won just two of their 12 matches since the start of March, with the only solace being that both of those victories were at the location of Tuesday's fixture - the Memorial Stadium, where they have won seven games in total this campaign.

Barton's side have scored the second fewest amount of goals in League One this season (40), with only Northampton Town (35) finding the net less. Midfielder Luke Leahy is their top goalscorer with eight goals, followed by Brandon Hanlan on seven.

Anthony Scully's 16th-minute goal was enough for the Imps, against a Rovers side reduced to 10-men after Ed Upson's first-half red card.

FIGHTING TALK
Russell Martin: "We’re under no illusions that it’s going to be tough. They are a different side to the one that came here. It will be tough under a manager who knows this division really well and who will want to make sure they stay in the league."

Joey Barton: "They’re an in and out side as the league table suggests. They dominate possession for most of the games that they’ve played in. They are a side that will give you opportunities but also can play some really good stuff and keep the ball for long periods if you’re not very cohesive in the way you want press them."

TEAM NEWS
MK Dons will be without Ben Gladwin for the remainder of the season after the midfielder underwent minor surgery.

Daniel Harvie, meanwhile, is waiting to learn the extent of the injury, sustained in training last week, that kept him out of Saturday's win over Portsmouth.

The pair join Warren O’Hora, Louis Thompson, Cameron Jerome and Kieran Agard on the sidelines but Jay Bird is back fit after five months out with a knee injury. Bristol Rovers have a trio of fresh injury concerns ahead of this evening's match, with Brandon Hanlan, Luke McCormick and Anssi Jaakkola all unable to train on Monday.

Former Dons midfielder Ed Upson won't play as he faces a three-match ban for a red card received in the defeat to Lincoln City.

Alex Rodman, Josh Grant, Sam Nicholson and Abu Ogogo are all sidelined too.

OFFICIALS
James Oldham will take charge of tonight's clash at the Memorial Stadium.

Mr. Oldham has overseen 28 matches this term, including the reverse fixture between MK Dons and Bristol Rovers back in December. He has produced a total of 76 yellow cards and sent off four players.

His assistant referees are Abbas Khan and Leigh Crowhurst, while the fourth official is Lee Swabey.