Season Ticket holders still have the opportuntiy to select their compensation options, following the Government’s decision to pause the return of supporters to stadiums.

BACKGROUND
The decision made on 22 September has added further financial uncertainty for football clubs up and down the country and MK Dons is no different. We also recognise that our own supporters and loyal season ticket holders will be confronting their own personal challenges during these uncertain times.

Therefore, the Club has been working hard over the last four weeks to finalise options for Season Ticket holders, aiming to protect the value of a Season Ticket while matches take place behind closed doors.

When considering these options, the Club acknowledged that we should not lose sight of the possibility that a limited number of spectators may be allowed back into Stadium MK to watch League One football before the end of the season, when the Government deem it safe to do so..

OPTIONS
Earlier in the month, we put forward a proposal to the EFL which would have enabled our Season Ticket holders to watch both home and away matches free of charge on iFollow. This would, of course, increase the per-game value of iFollow to £20, and £420 across the season, given that four away fixtures have already taken place. The EFL, however, required a majority of League One clubs to support this proposal as they did not want clubs offering separate packages to their fans and, regrettably, such support was not forthcoming, even with the offer to safeguard the earnings of individual clubs by continuing to pay them for the average away support .

This meant a complete rethink of our offer to Season Ticket holders, which has culminated in the following three options, which are detailed via the links below. These have been prepared for both Season Ticket holders who pay by direct debit and those who have paid in full. There are further options for under-18s, who are not permitted to have an iFollow stream without parental permission.

Season Ticket holders who have paid in full - click HERE!

HOW TO SELECT OPTIONS
Season Ticket holders can select their options by downloading the following editable forms and emailing them to boxoffice@mkdons.com.

Season Ticket holders who have paid in full - click HERE!

Season Ticket holders in clubGold who have paid in full - click HERE!

Season Ticket holders in clubPlatinum who have paid in full - click HERE!

The deadline to select an option is set for 5pm on 21st November 2020.

DIRECT DEBIT SUSPENSION
In October, the Club took the decision to suspend direct-debit payments and will do so again for November and December, to allow Season Ticket holders ample time to select their options. Those who paid in full before the start of the season and who do not claim a refund will receive a 25% credit on the price of their 2021/22 season ticket. This will provide parity with those who pay by direct debit and who received the benefit of a suspension of monthly payments between October and December.

FAQs
MK Dons have put together a list of FAQs to answer any queries that supporters may have - click HERE to view! These will be updated constantly. The Box Office will re-open for in-person questions from Monday at 10am.

THANK YOU
We would like to thank those supporters who contacted the club at the end of September offering to continue to pay their direct debits despite the suspension announced for October. Unfortunately, we are unable to vary direct debit mandates on this basis, but there will be an option to allow these supporters to make a payment to the club and instructions on how to do this will be detailed in the letter.

Once again, we would like to express our immense gratitude to our Season Ticket holders for their continued support and encouragement during this challenging time. The constant displays of commitment provide us with real optimism that we will get through this period together and stronger. Thank you. Season Tickets - watch 6 or 10 games with our Super Six and Terrific Ten packages!


Heading to University next term doesn’t mean you have to stop watching your MK Dons, all thanks to the Super Six or a Terrific Ten Season Ticket!

Season Tickets - watch 6 or 10 games with our Super Six and Terrific Ten packages!


Heading to University next term doesn’t mean you have to stop watching your MK Dons, all thanks to the Super Six or a Terrific Ten Season Ticket! 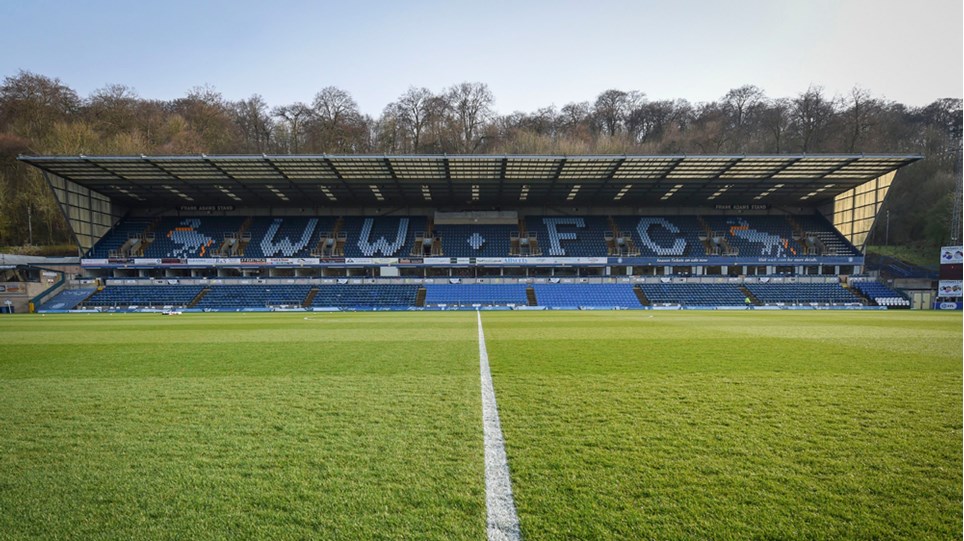 
Tickets for MK Dons’ Sky Bet League One fixture with Wycombe Wanderers are on sale from the Box Office and online. 
Tickets for this weekend's Sky Bet League One fixture with Doncaster Rovers at Stadium MK are on sale from the Box Office and online.


Important matchday information ahead of Saturday's Sky Bet League One fixture between MK Dons and Doncaster Rovers at Stadium MK...


Tickets for MK Dons' re-arranged Sky Bet League One fixture with Burton Albion are on sale from the Box Office and online.