Every Thursday during the enforced break, mkdons.com will be going back in time to hear from several former players about their time at Stadium MK...

First up is Malvin Kamara, who returned to Milton Keynes for a visit last season. The winger played 59 times during his two-year spell with the Dons and was a popular member of the inaugural side in 2004.

“From a playing perspective, it was probably the best time in my career," Kamara said in an interview with iFollow MK Dons.

“It was my first professional experience. I was a young footballer, moving away from home. I learnt so much, on and off the pitch. They were some of the fondest memories I had.

“Having a connection with the fans was an amazing experience. If I’m looking at the supporters for the teams I played for, the ones who were probably the best to me were the MK Dons fans. I still remember the songs they used to sing!”

He continued: “It’s amazing to see how the place has grown. When I left the Club, we were still playing at the Hockey Stadium. I remember seeing the plans [for Stadium MK] and we came to visit when it was just a building site. I’m a bit shocked, to be honest, with how impressive the stadium is." The 2004/05 campaign is fondly remembered for the dramatic 2-1 victory over Tranmere Rovers on the final weekend - a result which ensured survival from relegation.

Kamara wasn’t involved in that win at the National Hockey Stadium but remembers the game - and the post-match celebrations - very well.

“I remember it well! I remember going out and partying afterwards like we had won the league!

“It was a difficult time for the Club, making that transition to MK. There wasn’t really a culture and an ethos around the Club.

“That game alone probably put the passion into the supporters and created that connection with the fans. It was one of the best days ever!”

Chadwick: Dons spell one of the best in my career


Luke Chadwick says his six years with MK Dons were some of best of his career. 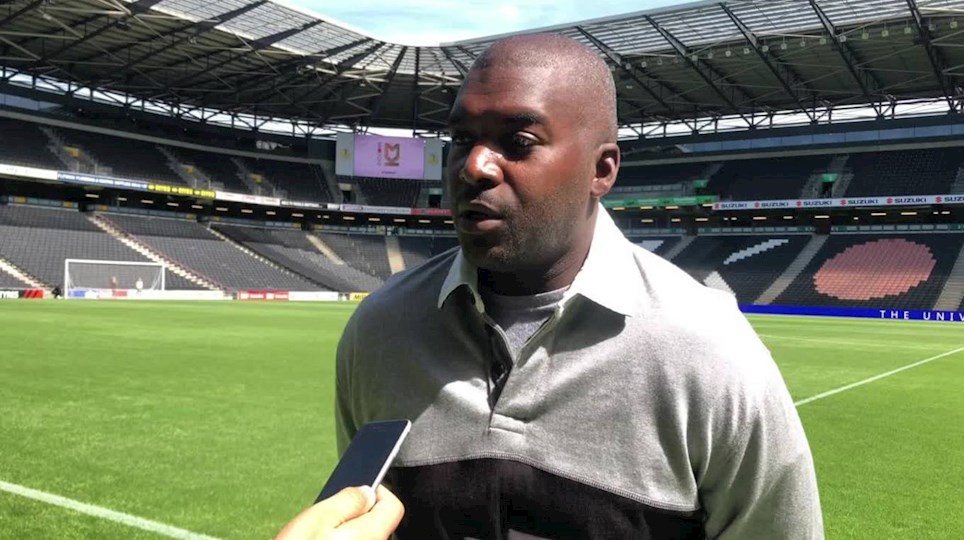 Once a Don, Always a Don: Jude Stirling