Alex Gilbey became only the second player in Club history to win back-to-back Player of the Year awards, after the MK Dons supporters voted him as their standout performer once again.

The midfielder, who received the award in 2019 after helping the Dons achieve promotion from Sky Bet League Two, enjoyed another excellent campaign at Stadium MK last term, and was rewarded for that with another Player of the Year honour, as announced during MKFM’s MK Dons Virtual Awards Night on Friday.

“I’m really chuffed and really proud of myself,” Gilbey told MKFM during the MK Dons Fans Forum the following day.

“Never in a million years did I think this would happen. When I found out, I couldn’t believe it. I was overwhelmed, really.

“I always just try my best for the team and it’s nice to know the fans have recognised that.

“I’m just really thankful for my teammates, the management staff and the supporters who voted for me.”

The MK Dons number 8 took his appearance tally to 105 during the 2019/20 campaign – his third since arriving at Stadium MK from Wigan Athletic.

And despite, finishing in the lower echelons of the League One table in two of those three seasons, Gilbey says he has still enjoyed his time at the Club and is excited for the future under manager Russell Martin.

“I’ve absolutely loved it,” he told MKFM. “We’ve had some really tough times as a squad and as a fanbase, but I’ve still loved being here and I’m looking forward to the future.

“[My feeling heading into next season] is excitement. I think we have a lot to look forward to.

“We have Russ, Luke Williams and a great group of players. If we can add a few in certain positions then I think we can kick on and improve.” 
Join us for MK Dons’ marque end-of-season event - The Awards - as it makes its return on Sunday 1 May. Gallery: Player of the Year winners 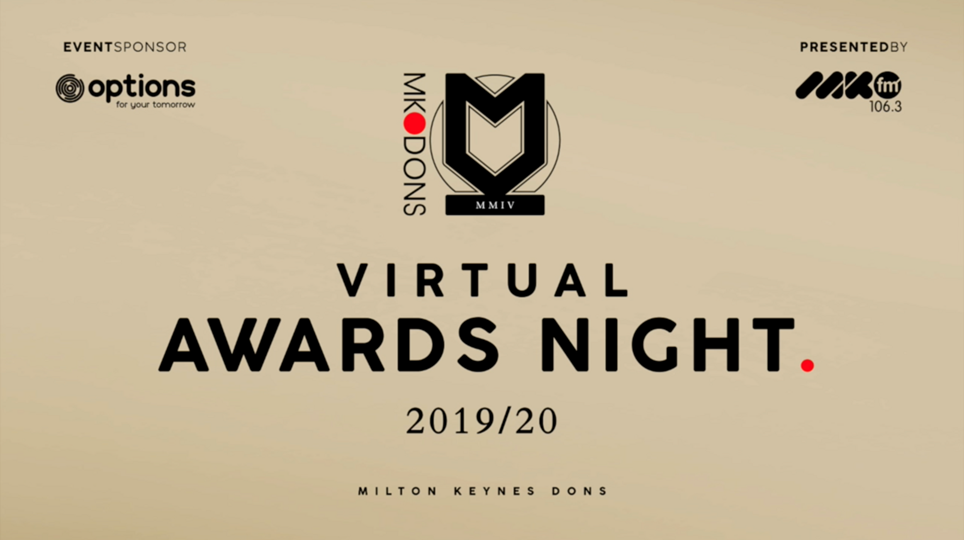 
MK Dons’ annual end of season event, The Awards, has been postponed.