David Martin says MK Dons remains dear to his heart, three years on from his departure at the end of the 2016/17 season.

Martin played 333 games for the Dons across two spells in Milton Keynes, which ranks him second in the Club’s list of all-time appearance makers, behind only Dean Lewington.

“I loved my time there,” the popular goalkeeper told iFollow MK Dons in an exclusive interview which can be listened to in full online or via Apple Podcasts. “I still hold the Club dear to my heart

“It’s a massive part of my career. I played a massive chunk of my games with the Club. It’s crazy when you think about it being 333 games - that’s something I’m extremely proud of.”

Martin was a member of the inaugural MK Dons side, after making the move to Milton Keynes from Wimbledon back in 2003.

“I didn’t really understand it at the time and it’s only now I look back and see the enormity of what the chairman did and tried to achieve, which he has done successfully.

“I look back now and it was a good thing to be a part of.” The Romford-born stopper made 15 appearances as a teenager before moving to Liverpool in January 2006.

He would, though, re-join the Dons four years later, under manager Karl Robinson – albeit a different gaffer to the one who initially tried to recruit him back to MK.

“I’ll tell you the truth, I actually thought I was signing for Paul Ince! It goes down as Karl’s first signing but the conversations I had, had originally were with Ince. “It was an easy decision, though, for me. It was a Club that I looked at as a place to go. The stadium had been built by then and the Club was known for playing football the right way.

“It wasn’t easy for the first six months. At a new club, with a new manager and some new supporters, were about trying to show what I could do and I found it really tough, but we ended up getting in the play-offs that year and it was quite enjoyable.”

Martin quickly established himself as the Dons’ No. 1 and five years into his second spell with the Club, would help the side achieve promotion to the Sky Bet Championship for the very first time.

“As a season, it’s probably the best in my career,” he said. “It was the most enjoyable for sure and I only missed five or six games.

“It was a great season. When you’re in it, you’re just bouncing onto the next game and you don’t really get to enjoy individual games or moments. Apart from maybe the Man United game, where I was on cloud nine until 3pm on the following Saturday against Crawley.

“Swindon at home was a big one, though, as was Sheffield United at home. Swindon away that year was another massive one.

“The Rochdale game, the one before the last. We were cruising but then took our foot off the gas. There was a shot at the end where it came off Jordan’s shin and it actually took my breath away. I scrambled back and managed to get something on it. We won the game 3-2 but it was heart in your mouth stuff. “Obviously to win nine out of 10 games at the end takes some doing and then get promotion on the final day of the season was the sweetest.

“To go from thinking we’d not get there to all of a sudden hearing what was going on at Colchester and then celebrating promotion on the pitch with all the fans. It really brought the whole Club together for that one day.

“It was definitely one of the best days and seasons in my career.”

Martin would play a further 80 times for the Dons before departing at the end of the 2016/17 campaign, with his final bow coming away at Walsall when he and Darren Potter, another who was leaving that summer, were given a guard of honour by the players in front of the travelling fans.

“I remember the last game that I was involved in. I knew it was my last time involved in the squad so it was a very emotional day – the emotions did get the better of me that day! “In every walk of life, you do need a change at times. I had been with MK Dons for a while, things had changed for me a little bit at the Club and I didn’t want to outstay my welcome. I felt, for me and my family, it was an opportunity to see what else was out there.

“I didn’t have anything lined up and nothing came along for a while. I didn’t sign for Millwall until September. It was something I needed to and I’m pleased it worked out okay in the end.”

Three years on, Martin now has five Premier League appearances to his name for West Ham United and is currently gearing up for a return to action with the top-flight set to resume the 2019/20 campaign in just over a week’s time.

The 34-year-old, however, won’t rule out a return to Stadium Mk at some point in future.

“I had some great times there – more good than bad, which is something to be said in football – and I really do miss the people that work there.

“Also the supporters - to have them supporters behind me all them seven years, I felt really connected to them. It was a great fanbase to play in front of.

“Football is a funny game and you never know, in future, if there will be an opportunity to come back in whatever capacity. It would be a great thing if I could because MK Dons and Milton Keynes is a big part of my life as well.”

You can listen to the full wide-ranging interview with David Martin on the go courtesy of Apple Podcasts - click HERE to download the episode! 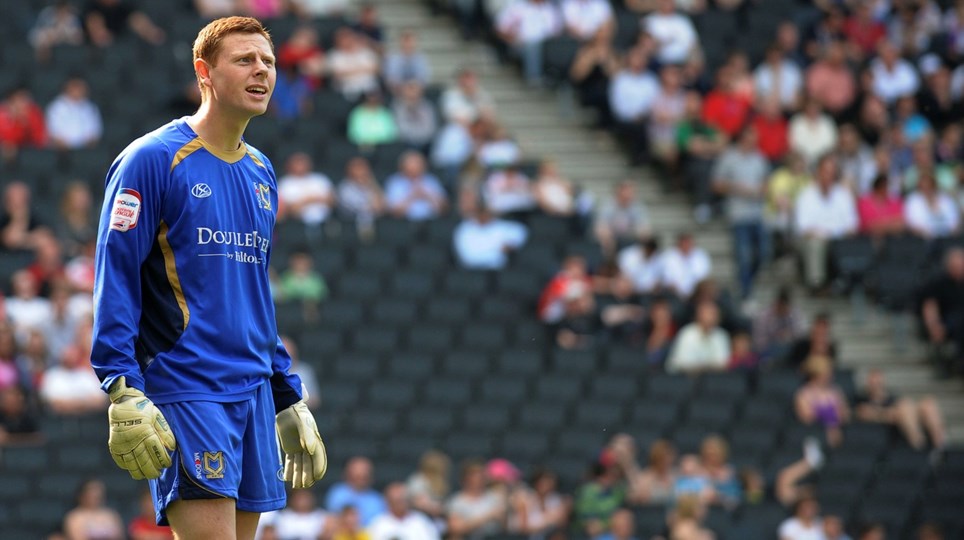 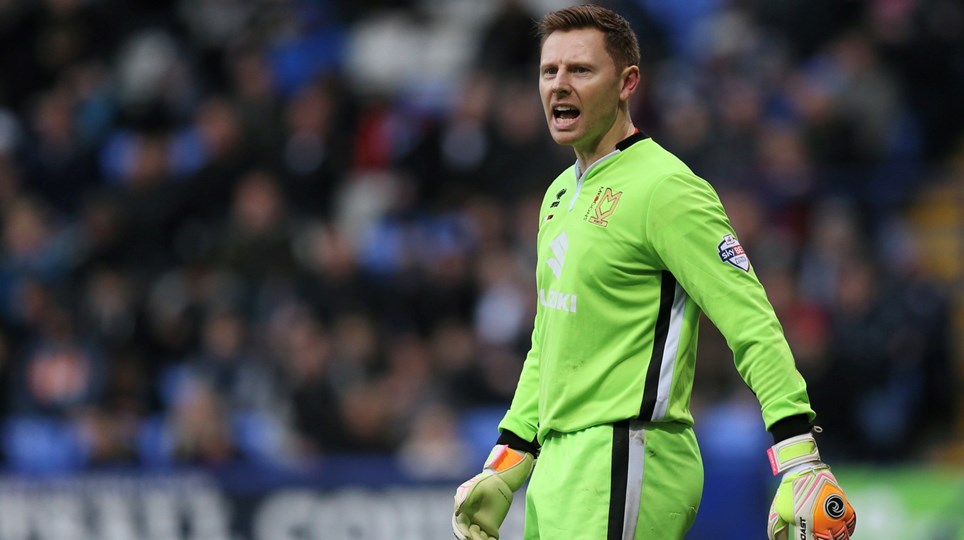