The Dons beat Portsmouth and Bristol Rovers either side of the turn of the year, making it 10 points taken from their last five matches – the second-best points return in the division over that time.

A key component behind their upturn in form has been their record in front of goal under Russell Martin. The Dons have scored 13 goals in their eight league games since he was appointed, including eight in their past three.

Martin bolstered that attack this week with the signings of Carlton Morris and Ben Gladwin, both of whom could make their debuts today. The boss will be hoping they can both help to maintain that goalscoring form - and their recent run of results.

THE OPPOSITION
Two spots above MK Dons in the form tabl, due to goal difference, are Saturday’s opponents Coventry City, who have moved to within a point of the automatic promotion places following a run of three wins, one draw and only one defeat in their last five.

Mark Robins’ side are unbeaten in 11 Sky Bet League One matches and boast one of the division’s best defences with only 25 goals conceded all term. 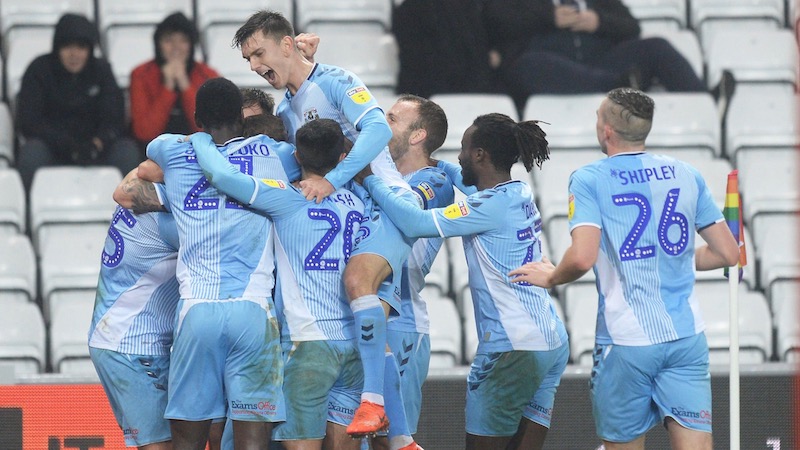 The Sky Blues have enjoyed the majority of their success at the St Andrews Trillion Trophy Stadium, having taken 27 points from their 12 home matches – the second-best home record in Sky Bet League One.

In Matt Godden, they have a striker in red-hot form – the summer signing from Peterborough United has netted back-to-back hat-tricks in his last two outings to take his league total for the season to nine. Jordan Shipley and Zaine Westbrooke are regular goal contributors from midfield.

Godden and Jordan Shipley gave City an early two-goal lead but Connor Jennings pulled one back before half-time.

Tranmere missed a penalty early in the second half and that proved crucial as Godden struck twice more to claim another matchball and secure victory for his side.

FIGHTING TALK
Russell Martin: “We're looking forward to this game. They're a really good side on really good form. They've had a formation change and come across a formation that works well for them. We respect they're a good side but we’re going there to try and win the game.”

Mark Robins: “It’s a tough game. Things have changed for them and Russell Martin has gone in and stamped his style on them, and they’ve picked up some good results. There’s no easy games as we know but it’s a chance for us to continue the good performances and try and get the three points.”

TEAM NEWS
MK Dons could hand debuts to Carlton Morris and Ben Gladwin, who have arrived at Stadium MK this week. Both players are eligible to feature in this afternoon's match and are expected to go into Russell Martin’s squad for the trip to the Midlands. In terms of injuries, Jordan Moore-Taylor remains the Dons’ only doubt. Martin expects the defender to return to action ‘in the next game or so’ and it remains to be seen whether that means today.

Coventry City have a clean bill of health ahead of this afternoon’s clash at the St Andrews Trillion Trophy Stadium.

Striker Matt Godden is in fine goalscoring form and is expected to lead the line while former Dons Liam Kelly and Kyle McFadzean will be pushing to play against their old club.

OFFICIALS
Carl Boyeson will be the man in the middle today.

The experienced official last took charge of the Dons back in November 2018 – their Emirates FA Cup tie with Grimsby Town at Blundell Park. That afternoon he produced four yellow cards. 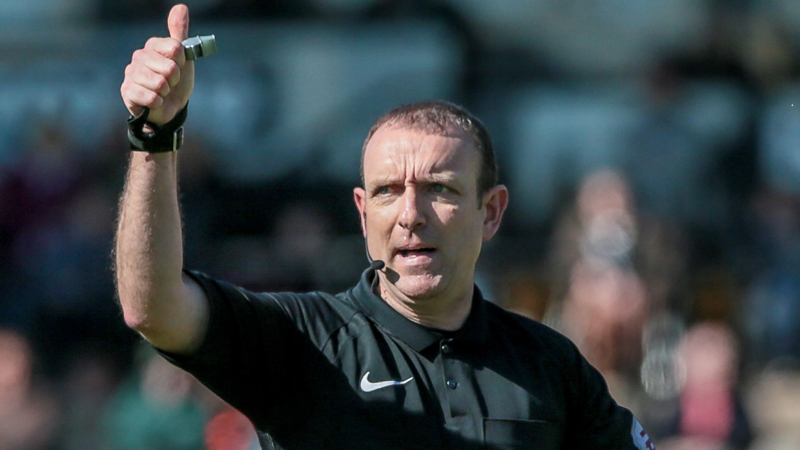 This season, Boyeson has refereed 17 matches, booked 44 players and given three their marching orders. He has also awarded four penalties.

Wayne Grunnill and Stephen Finch are the assistant referees while Thomas Harty is the fourth official.

FOLLOW IT LIVE
Tickets, which can now only be bought at the St Andrews Trillion Trophy Stadium ahead of kick-off, are priced at £20 adults, £15 seniors/under-22s and £10 under-18s while nurses and members of the armed forces can purchase tickets at a discounted rate of £15.