Russell Martin’s men made it back-to-back Stadium MK wins on Sunday courtesy of a 3-1 victory over in-form Portsmouth, backing up their 1-0 triumph against Oxford United earlier in the month.

Those two wins, along with points at Doncaster Rovers and Southend United in December, have the Dons ranked eighth in the current Sky Bet League One form table over the last five matches.

The recent run has also edged the Dons to closer to moving out of the bottom three - they are behind 21st place Tranmere Rovers on goal difference while just two points separate them and 18th heading into today's fixtures.

It’s not just results that have picked up but also their performances in front of goal. Only three other sides in Sky Bet League One have scored more than Martin’s side (8) over the last five games.

The Dons will be looking to maintain both their goalscoring and their overall form as they begin 2020. Kick-off is at 3pm.

THE OPPOSITION
Bristol Rovers sit one place above MK Dons in the form table heading into this bout at Stadium MK. The Gas have picked up eight points in their last five matches and currently lie seventh in the Sky Bet League One table.

They did, however, see manager Graham Coughlan depart for Mansfield Town last month. He has been replaced by Ben Garner, who is in search of his first victory since taking the reins at the Memorial Stadium. 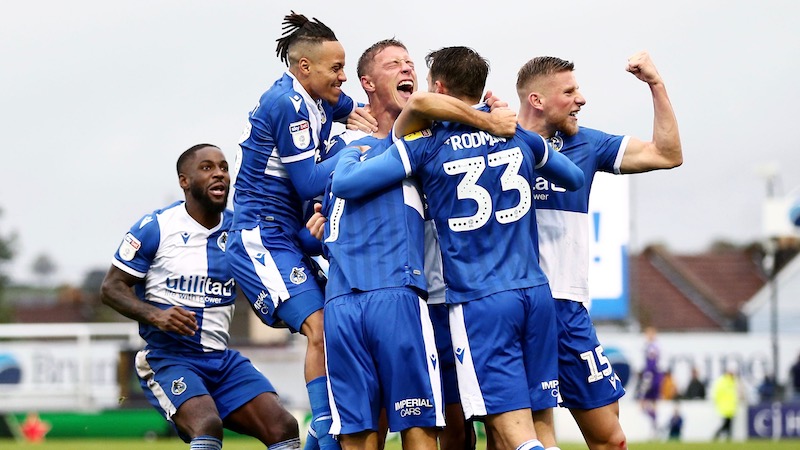 Away from home, Rovers have been extremely impressive. Their points return of 16 from 10 road matches is tied for the third-best total in the division. They are unbeaten in four on their travels, winning three of those games.

In terms of goals, former MK Dons loanee Jonson Clarke-Harris currently leads the way with nine in only 14 appearances. Tyler Smith and Abu Ogogo have each contributed three goals while Tom Nichols and Alex Rodman are also threats.

LAST TIME OUT
MK Dons made it back-to-back home victories courtesy of a 3-1 win over Portsmouth at Stadium MK.

Rhys Healey opened the scoring with his second goal in as many games before Conor McGrandles doubled the lead with a fantastic curling effort just before half-time.

Alex Gilbey added a third with a delicate chip late on to seal the points, even despite Ronan Curtis’ stoppage-time consolation.

Bristol Rovers played out a goalless draw with Fleetwood Town as Ben Garner picked up his first point as Gas boss.

Paddy Madden missed a good early chance for the hosts before Ed Upson saw a well-hit strikes saved superbly by the Fleetwood goalkeeper.

Controversy struck midway through the second half when Ched Evans had a goal chalked off for offside – a decision which led to the dismissal of Cod Army manager Joey Barton for his reaction. Evans also hit the woodwork late, as both sides were forced to share the spoils.

FIGHTING TALK
Russell Martin: “We're trying to build something that keeps us up and something we can sustain. We need short term success, but I've got confidence in the lads.

"We now need to back it up with another performance because if we go and win and put in another performance against Bristol Rovers, then it turns the Southend point into a really good one. We've lost one in five now, but from where we were to where we are, the difference is huge.

Ed Upson: “We'll study MK Dons over the next few days and do our homework – we’ll be ready.”

“I can’t wait to get back to our home pitch. At home, our performances have been really good and our last two results have been good too. I’d like to think that it will be a game that will suit us better than the last two did.” Rhys Healey made it through 68 minutes in his first start for three months while fellow returning striker Sam Nombe added more minutes to his bank off the bench.

That means Jordan Moore-Taylor (knee) remains Martin’s only injury doubt for the visit of Bristol Rovers.

Bristol Rovers, themselves, could be without eight first-team players for today's match.

This is Purkiss’ first season in the EFL and Wednesday will be the second time he has refereed the Dons this season. His first came in the 3-0 win over Stevenage in the Leasing.com Trophy. 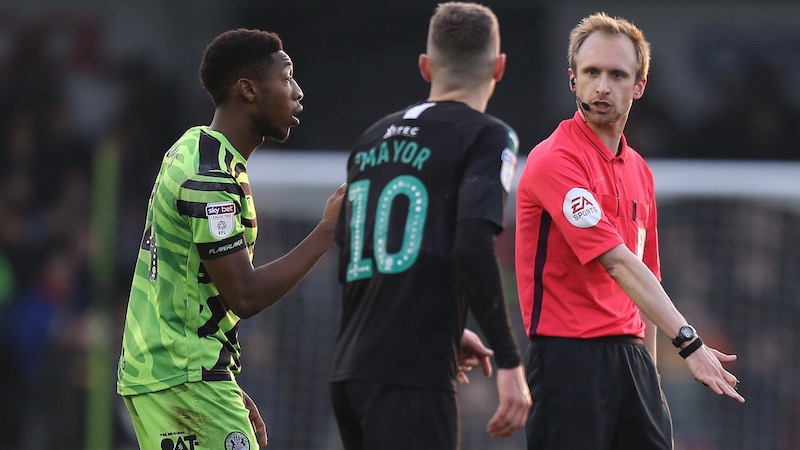 So far this season, the rookie has shown 58 yellow cards and is yet to dismiss someone - he has also awarded two penalties.

Marc Wilson and Oliver Jackson are the assistant referees while Tom Reeves is the fourth official.

FOLLOW IT LIVE
Season Ticket holders can bring an adult friend to MK Dons' New Year's Day clash with Bristol Rovers for just £10, or purchase an additional under-18s ticket for only £1.

General sale tickets, meanwhile, are priced at £22 adults, £17 seniors and £7 under-18s while under-12s go FREE with an accompanying adult. Supporters can upgrade to premium seats in the East Centre for a £5 premium while an upgrade to clubRed is just £10 more.

Can't make the game? Supporters will be able to watch this match on iFollow MK Dons for just £10 - click HERE to purchase a Video Match Pass!

You can also stay in touch with the action via mkdons.com’s Match Centre, which can be accessed by visiting the home page from 2pm.

There will also be full coverage on the Club’s social media channels while a full match report will be available to view on mkdons.com straight after the final whistle along with full reaction from Russell Martin and a player. Highlights will be available three hours after full-time.