Paul Tisdale felt ‘sick to the stomach’ after Ched Evans’ late strike denied his MK Dons side what would have been an important point at Fleetwood Town.

Evans fired home a loose ball with five minutes to play at Highbury Stadium, as the Dons fell to their seventh defeat in eight matches.

“I feel sick to my stomach,” Tisdale said in his post-match press conference.

“When you play the way we chose to play today, which is certainly not the stuff of my dreams but was what I considered to be the practical way to do it, of course you invite pressure. We dealt with it for 85 minutes pretty well so it’s tough to take.

“The players really bought into it and tried really hard. They were committed. We’re short of confidence, of course we are, but they tried really hard and we seemed to be comfortable with it.

“We were close enough in that game to get a point. I was hoping to nick it in that last 15 minutes but it didn’t quite work out that way.”

He continued: “All we can do now is regroup and go again. I’ve not lost any conviction in what we can and will do. I’m asking the players to go again and I will be doing the same thing. I’m fully focused on next week.

“It’s a really tough period. We’re on a terrible run and we certainly need to pick up points, I’m well aware of that. I have to believe we’re capable of turning it around and I believe we will do. We have to keep working towards that.” 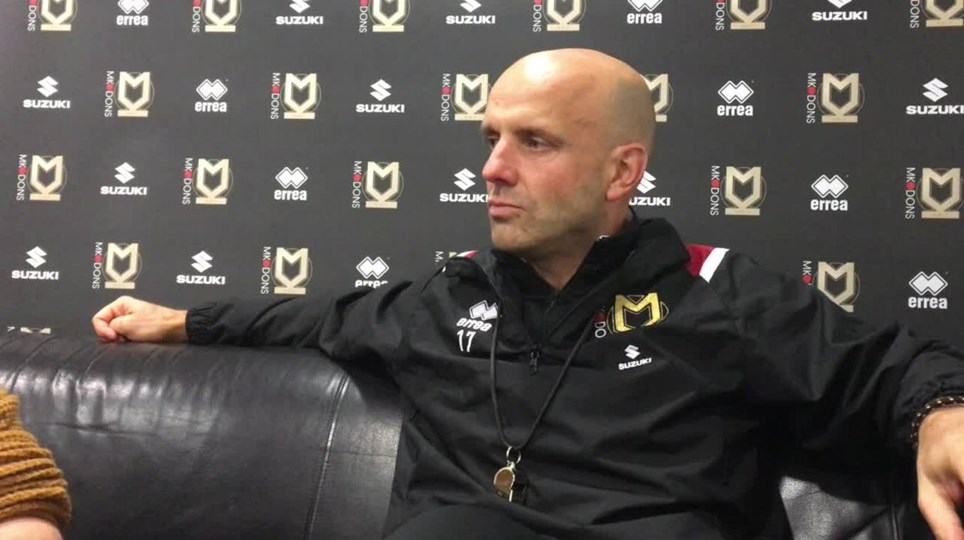