MK Dons take on Tranmere Rovers this afternoon in a crucial Sky Bet League One clash at Stadium MK.

The Dons sit one place below their opponents in the table, following a run of seven defeats in eight games, but could climb above them with a victory in Milton Keynes today.

Paul Tisdale’s men have won three league matches at Stadium MK this term, while they picked up an well-earned point in their last home outing after holding sixth-placed Coventry City to a draw.

A fourth home success this afternoon would provide a most-welcome boost ahead of the upcoming Emirates FA Cup break.

THE OPPOSITION
Tranmere Rovers, promoted from Sky Bet League Two alongside the Dons last term, have endured a similar start to the 2019/20 campaign as Paul Tisdale’s side.

The Lilywhites taken 10 points from their opening 15 games, winning three, drawing four and losing seven. Away from home, Micky Mellon’s men have collected four points and scored only three goals – tied for the fewest in the division. 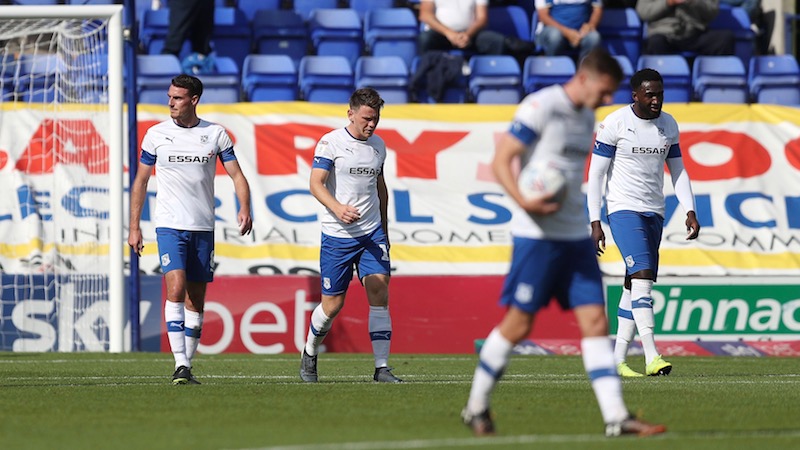 They do, however, have some impressive results to their name. The Wirral outfit have beaten Coventry City and Burton Albion within the past month and a half while have also taken points off Peterborough United and Rotherham United.

Stefan Payne is their leading marksmen with four league goals to his name but will miss today’s game due to suspension. Tranmere will, therefore, rely on the likes of Connor Jennings (3) and Paul Mullin (2) for goals.

LAST TIME OUT
An 85th-minute finish from Ched Evans denied MK Dons what would have been an impressive point at promotion-chasing Fleetwood Town.

Evans struck late in the contest at Highbury Stadium to seal a 1-0 victory for the Cod Army, in a game which looked to be ending all-square following an excellent defensive display from Paul Tisdale’s travelling Dons.

Tranmere Rovers weren’t in action last weekend, with their most recent outing a 5-0 defeat to Sunderland at the Stadium of Light.

Goals from Duncan Watmore, Chris Magurie and Lynden Gooch had the Black Cats ahead by three at the break, before Will Grigg and Luke O’Nien netted late to take the total to five.

FIGHTING TALK
Paul Tisdale: “Every game is important, some more than others. My job is to produce 'less is more' and give the players less to think about, less anxiety, less factors. That's how I've managed to do it for 20 years. You have to detach yourselves from those emotions sometimes.”

Micky Mellon: “We know Paul Tisdale well. When you go against him you always have to be on the ball, so you enjoy it and it’s always a good tactical battle when you come up against him. We know it will be a difficult game. Every day is important for us because it is an opportunity for us to get better.” Joe Mason (pictured above) is edging closer to a return after training fully this week while Ben Reeves is back in training after missing the trip to Fleetwood Town due to a niggle.

That leaves strikers Sam Nombe and Rhys Healey as the only definite absentees for this fixture.

Tranmere Rovers are without leading goalscorer Stefan Payne, who is suspended after collecting five yellow cards.

OFFICIALS
Matthew Donohue will be the man in the middle this afternoon at Stadium MK.

The second-year EFL referee has never previously taken charge of the Dons but he has umpired Tranmere Rovers on two occasions. 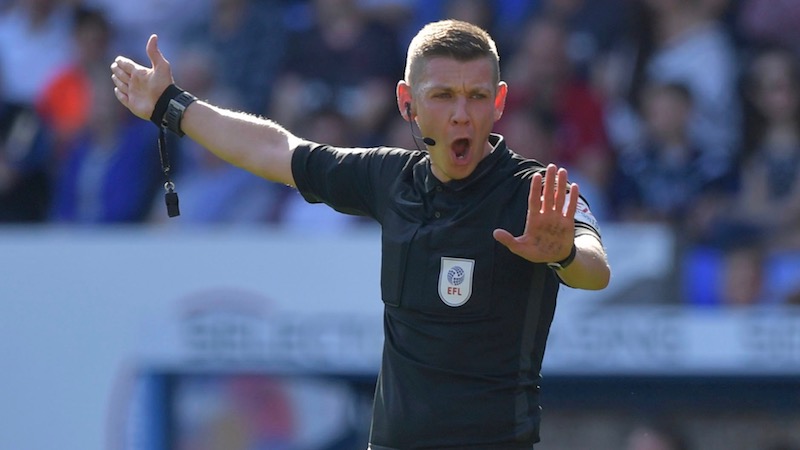 So far this season, Donohue has produced 49 yellow cards in 13 matches while he has sent a player off in each of his last two appointments. He has also awarded two penalties.

His assistant referees are Philip Dermott and Andrew Fox while the fourth official is Paul Howard.