Highly-rated prospect
Boateng began his career with Crystal Palace at the age of eight and progressed all the way through their youth ranks before signing professional terms with the Eagles in March 2015.

The midfielder’s development was recognised at the end of the 2012/13 season when he was named their Paul Brooks Academy Player of the Year.

Boateng was honoured yet again the following campaign, taking home the Scholar of the Year as well as the Vice-Presidents' Young Player of the Year accolades.

FA Cup debut
Boateng made his senior debut for Palace in an FA Cup tie away at Stoke City in January 2013. The midfielder played 65 minutes before being replaced by Andre Moritz.

His league debut came during the 2015/16 season, as he featured off the bench in Crystal Palace’s Premier League fixture away at Swansea City.

EFL experience
Despite being just 23 years old, Boateng has already racked up 140 career appearances and is just seven shy of his 100th career league start.

While one of those 140 appearances came in the Premier League, 116 have occurred in EFL football courtesy of loan spells at Crawley Town, Plymouth Argyle, Bristol Rovers and Northampton Town as well as a two-year stint with Exeter City.

Makes things happen
Boateng is a player that likes to make things happen in the final third of the pitch and his stats back that up.

In his three seasons playing in League Two for Plymouth Argyle and Exeter City, the midfielder has contributed to 16 goals (four goals and 12 assists).

Boateng has completed 80% of his passes in that same time frame, while he also boasts a completion percentage of 64% when passing into the final third. He also completed 75% of his dribbles.

The 23-year-old played 31 times for Plymouth Argyle during the 2015/16 season, helping the Pilgrims reach the League Two Play-Off Final.

Two years later, Boateng made it back to the League Two Play-Off Final with Exeter City, after featuring 41 times during their promotion push.

The midfielder scored one of the Grecian’s three goals in their semi-final win over Lincoln City to book their place at Wembley Stadium - a terrific long-range effort after a driving run through the heart of midfield.

Goal of the Season contender
Boateng may have only found the net once last term but it was certainly special - producing one of the finishes of the season in the EFL to help Exeter City to a 2-0 victory over Port Vale at St James Park.

With his back to goal on the edge of the penalty area, Boateng used his chest to bring a long ball under control before flicking it towards goal with a neat touch.

The midfielder then struck with his left foot on the volley, sending the ball beyond the goalkeeper and into the far corner. 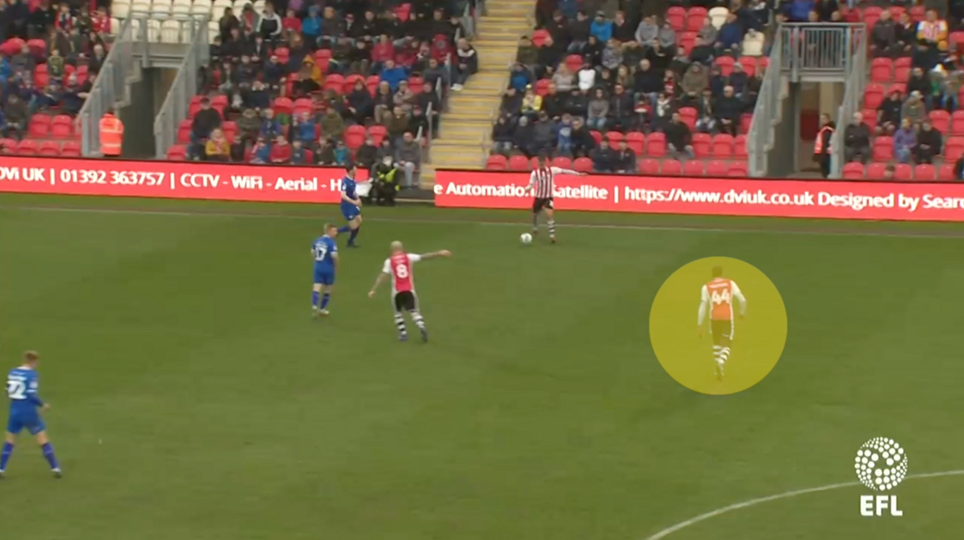 Getting to know you: Rhys Healey


After the 23-year-old joined MK Dons on loan until January – mkdons.com lists a number of things you may not know about Rhys Healey. Getting to know you: Paul Tisdale


mkdons.com lists a number of things you may not know about new manager Paul Tisdale including his friendship with Rick Grimes. 
MK Dons have made highly-rated midfielder Hiram Boateng their first signing of the summer.