Rubio joined the MK Dons Academy in July 2015 and has made a huge impression during his four years with the Football Club.

The Spaniard assisted Mike Dove early in his Dons career as Head of Academy Coaching before taking full control of the Under-18s side and, later, the Under-23s squad, winning both the Youth Alliance League and the Central League titles while in charge.

Rubio has played a key role in the development of a number of players who have since gone on to feature for the first team, such as Callum Brittain, Sam Nombe, David Kasumu and Dylan Asonganyi.

“I feel like I’m leaving home,” Rubio told mkdons.com. “I am very excited for this next opportunity but being with MK Dons has been an absolute delight for me, professionally and personally.

“I am very grateful to everyone - the Chairman, Andrew Cullen, Paul Tisdale and all those at the Football Club, in the Academy and across the business. I wish the Club the very best for this season and the future.”

Chairman Pete Winkelman said of Rubio’s departure: “Whilst I’m really disappointed to be losing Edu, I’m reassured in the knowledge that he is furthering his career by taking that important next step into first-team football.

“At MK Dons, we are not only passionate about developing footballers but developing people and their careers and Edu is the latest example, of which we can all be proud.

“We are grateful to Edu for his hard work and passion and he goes with our best wishes. We will certainly be looking out for the Crawley Town results next season.”

Academy Manager Jon Goodman will oversee the appointment of a new Senior Professional Development Coach and the Club will make a further announcement in due course. 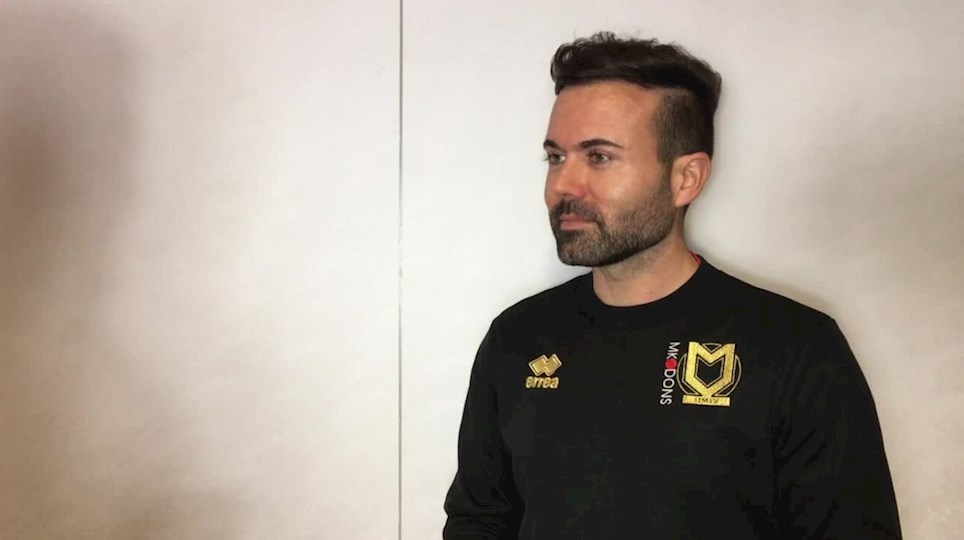