Matt Oakley says MK Dons are enjoying a much smoother pre-season this summer as opposed to the one they worked through ahead of the 2018/19 campaign.

The Dons are currently preparing for life back in Sky Bet League One, 12 months on from an unsettled 2018/19 pre-season which saw the squad reeling from a relegation and a shadow of uncertainty surrounding a number of players’ futures.

“It was really tough,” Oakley said of pre-season preparations last year. “Obviously we didn’t let that know at the time because w needed to give a feeling of confidence but it was not easy.

“It was a difficult time. Lots of people were potentially leaving with lots potentially coming. It was a big change too for Paul, leaving Exeter City after 12 years and coming to a place that had suffered two relegations in three years.

“But we strengthened and we came together. We had to build relationships with the squad and, in the end, had a great season.”

He continued: "It has been an easier time this year. We’ve got momentum, we believe in ourselves and it's a good camp to be in.

“That said, pre-season is not easy. It’s a little different to when I did it, when we just ran and ran, but they still do a lot and they won't like it!

“But, off the back of a promotion season, there's a year of coaching our themes under everyone’s belts. That helps us and means we haven't got to start afresh.”

Oakley: New signings have to be right for us


Matt Oakley hasn’t ruled out the possibility of MK Dons making further summer signings but insists they will only move for the right players. 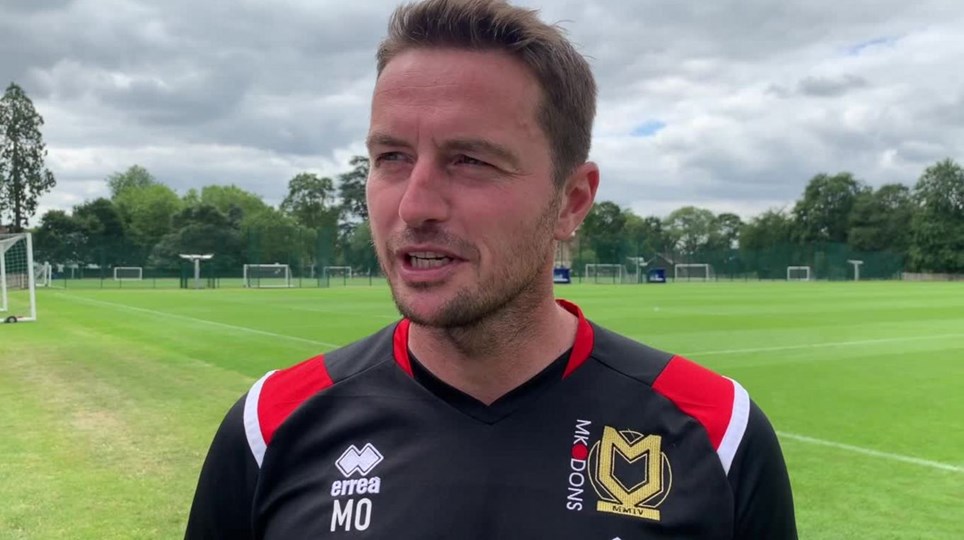