MK Dons welcome Oldham Athletic to Stadium MK this evening and Paul Tisdale’s men will be hoping they can use the match to get back on track in Sky Bet League Two.

The Dons are currently on a three-game losing streak and have slipped to sixth in the table while moving six points adrift of the automatic promotion places.

Tonight’s encounter is one of two games in hand that Tisdale’s team hold on third-placed Bury so this evening’s affair presents an ideal opportunity to reignite the promotion push and maintain the pressure on the top three.

They can draw inspiration from their previous meeting with the Latics - a 2-1 victory on the opening day of the season. Goals from Kieran Agard and Ryan Harley secured the points that August afternoon and a similar result tonight would be very welcome.

While looking to reverse their fortunes in general, the Dons will also be out to return to form at Stadium MK after defeat last time out. Tisdale’s side have won nine times on their own patch this season and still boast the best defensive home record in the division.

The Latics, who beat Premier League Fulham in their Third Round match but were knocked out by Doncaster Rovers on Saturday, currently sit 13th in the table and are seven points adrift of the top seven. 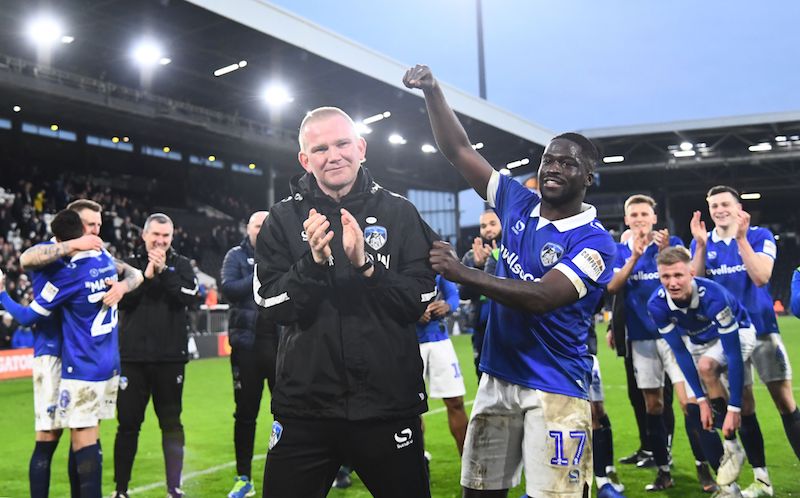 With work to do, Pete Wild’s side will be looking to kick-start their climb with a victory at Stadium MK - a result which would be their fifth away success of the campaign and their third in their last five road trips.

Oldham are one of the highest scorers in the division with 41 goals to their name so far this term. Eight of those came courtesy of Sam Surridge, who has returned to his parent club after a short loan spell, so Chris O’Grady and Callum Lang are now their main goal threats.

Wes Thomas’ first-half header proved the difference as MK Dons were beaten 1-0 by a resilient Grimsby Town side at Blundell Park.

Thomas headed in a cross 27 minutes in to give the hosts a lead which they managed to hold on to despite going down to 10 men late in the first half.

Oldham Athletic, meanwhile, were in Emirates FA Cup action this past Saturday against Doncaster Rovers.

Ben Whiteman had given the Sky Bet League One side the lead before Peter Clarke levelled for the Latics with just six minutes of normal time remaining.

Clarke, however, gave away a 96th-minute penalty - one that Whiteman converted to send Doncaster through into the Fifth Round of the historic cup competition.

Pete Wild: “[MK Dons] are not on a good run of form, but they're a really good side and they have some great players, so we've got to be at our best to get something from the game.”

Jordan Moore-Taylor limped off during Saturday’s defeat to Grimsby Town and boss Paul Tisdale didn’t have an update on the injury when he addressed the media after the game. While MK Dons remain hopeful of having Moore-Taylor available, George Williams [hamstring] won’t be involved, with the right-back set for an extended spell on the sidelines.

Callum Brittain could be called upon after returning to training following a bout of tonsillitis.

Oldham Athletic will be without captain Peter Clarke, who was sent off during the Latics’ Emirates FA Cup defeat to Doncaster Rovers.

Midfielder Mohamed Maouche returns from a suspension in more positive news for the Greater Manchester outfit, who won’t be able to call upon the services of long-term absentees Dan Gardner and Ousmane Fane.

Antony Coggins will take charge of this evening’s affair - the second season in a row that he has refereed a match between MK Dons and Oldham Athletic, having overseen the 4-4 draw at Stadium MK last term.

Coggins has marshalled the Dons four times since that eight-goal thriller, most recently umpiring the 4-0 victory over Crawley Town back in November. 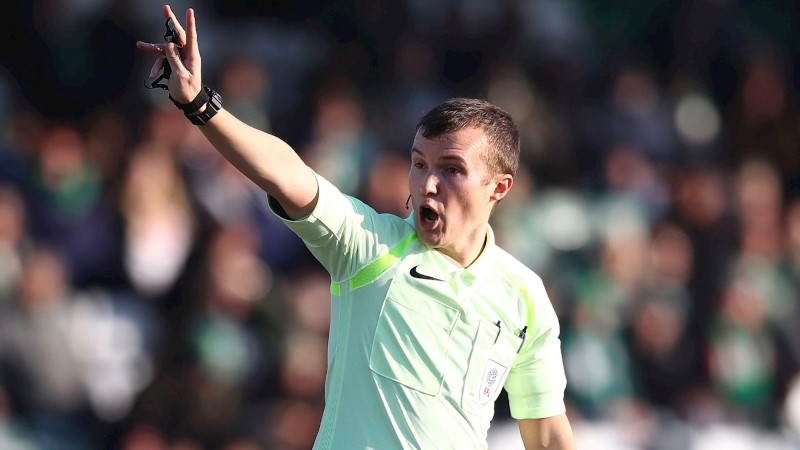 In total, he has shown 96 yellow cards in 26 games this season while producing only three red cards.

His assistant referees are Carl Fitch-Jackson and Abbas Khan while the fourth official is John Busby.

MK Dons and Oldham Athletic have met 23 times since their first encounter in August 2004 - a match which went in favour of the Latics.

The Dons have enjoyed the most success, with 12 wins to their name compared to Oldham’s seven. They have won seven of their last nine meetings, scoring 23 goals in total.

Tonight’s hosts are also unbeaten in the last nine meetings that have taken place in Milton Keynes (W6 D3). In fact, the Latics have only ever won once in MK - a 1-0 victory in January 2006.

To buy tickets click HERE, visit the Box Office at Stadium MK or call 0333 200 5343. Tickets will be available to buy right up until kick-off.