MK Dons travel to Newport County’s Rodney Parade this evening, hoping to find the answers they need to turn around their Sky Bet League Two form.

The form is a complete contrast to the run they were enjoying ahead of the previously scheduled date with Newport back in December - a game which was postponed 20 minutes before kick-off due to a waterlogged pitch.

MK Dons will be hoping a second trip to South Wales will spark them back into a similar vein of form and kick-start their promotion push.

A victory this evening would lift Tisdale’s team back up to fourth in the Sky Bet League Two table and close the gap on the automatic promotion places to four points.

They can take confidence from their excellent form in midweek evening fixtures this season - the Dons are unbeaten having have won four and drawn two of their six Tuesdaty night matches.

In MK Dons’ way tonight are a buoyant Newport County side, who have picked up two impressive wins in their last two outings.

The Exiles beat Sky Bet Championship side Middlesbrough in the Emirates FA Cup last Tuesday evening to secure a glamour Fifth Round tie at home to reigning Premier League champions. They then spelled any fear of a cup hangover with a 1-0 victory over Sky Bet League Two promotion-hopefuls Mansfield Town last weekend. 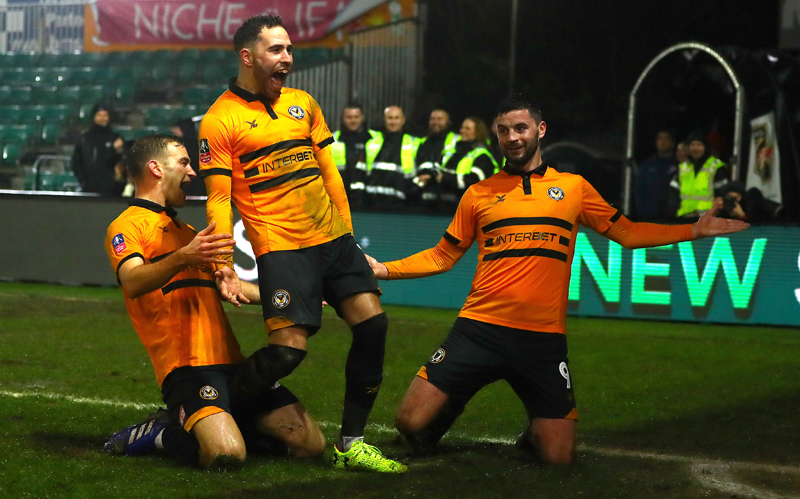 Michael Flynn’s side have been strong at Rodney Parade all season, having won nine and drawn two of their 16 league games in South Wales, losing just twice. It hasn’t all been plain-sailing, however, with their tally of 20 goals conceded at home the highest total amongst teams in the top-half of the division.

In fact, County have conceded more than all-but five teams in Sky Bet League Two (48) this season. They do, though, boast two lethal goalscorers in Padraig Amond and Jamile Matt, who have combined for 20 goals this term.

Michael Doughty put the visitors ahead inside the first half but Paul Tisdale’s side responded soon after the re-start through a stunning Jake Hesketh strike.

Swindon, though, scored within a minute of kick-off to restore their lead and then added to that advantage from the penalty spot.

Kieran Agard netted a late second for the Dons but despite huffing and puffing in stoppage time, they were unable to find an equaliser.

Robbie Willmott, who netted the Exiles’ opener against Boro, broke the deadlock again with a terrific left-footed strike from the edge of the D.

Mansfield went close to equalising in injury time but Stags captain Krystian Pearce headed wide in injury time. In the end, Newport hung on to secure the points they needed to move up to 13th in the Sky Bet League Two table.

Paul Tisdale: “They’ve had a fantastic FA Cup run - what a wonderful experience for Flynny [Michael Flynn] and his team. Well done to them

“I’ve had one or two cup runs before myself and sometimes it can take your focus off your league form, but on the other hand it can strike a groove and get you into a rhythm of playing. We’ll go into it assuming Newport County are going to have their best game.”

Michael Flynn: “It’s going to be a tough game. [MK Dons] are a club with a big budget but they won’t enjoy coming to Rodney Parade.

“I’ll have to have a look at how the players are but I’m not too bothered about the Man City game, to be honest. It’s a one off, a unique thing, and I’ll put out the team that I think is ready to go and win the game on Tuesday.” Jordan Moore-Taylor, Robbie Simpson and George Williams all missed out through injury. Williams is sidelined long-term and it remains to be seen whether either Moore-Taylor or Simpson will return this evening.

Michael Flynn has hinted that new signings Ade Azeez and Harry McKirdy might make their debuts tonight, with the Newport County boss saying he “might have to freshen it up”.

Defender Fraser Franks is available too, having recovered from an ankle injury.

Kevin Johnson will take charge of this evening’s affair.

The experienced official hasn’t refereed MK Dons since the opening day of the 2017/18 season when he produced two red cards in the 1-0 defeat to Wigan Athletic at Stadium MK. He has, however, umpired Newport County on two occasions, producing five yellow cards and one red card in the second of those matches. 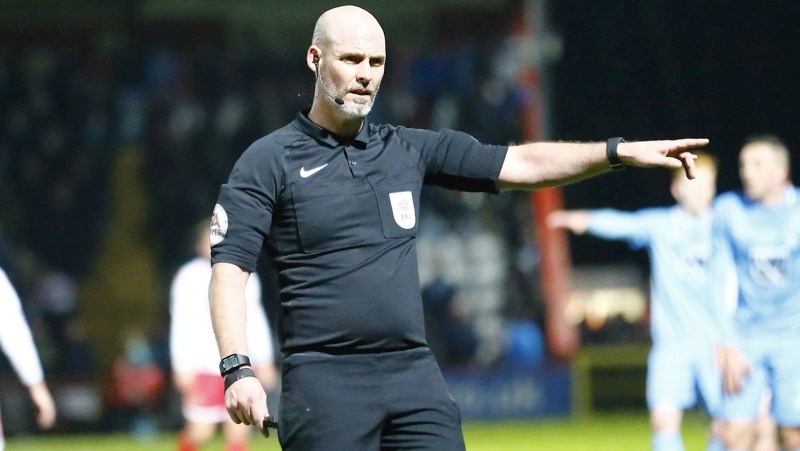 In total this term, Johnson has booked 30 players and given three players their marching orders - his last red card coming in the aforementioned Newport County appointment.

His assistant referees tonight are Abbas Khan and Andrew Hendley while the fourth official is Scott Jackson.

Tonight is the first league meeting between MK Dons and Newport County although the two sides have met before in the Carabao Cup.

Back in August 2016, the Dons side Newport County 3-2 in a dramatic cup tie that saw Karl Robinson’s side fight back from two goals down to secure victory. Dean Bowditch scored the winner in the 90th minute.

Tickets for tonight’s match can be bought from MK Dons until midday today as well as Rodney Parade this evening. Tickets are priced at £19 adults, £15 seniors, £13 young adults/students, £7 under-16s and £5 under-12s while under-6s go FREE.

The EFL have confirmed that there will be no live video coverage of tonight’s game to UK and ROI supporters.