MK Dons travel to Roots Hall this afternoon looking to bounce back from defeat last time out and record a crucial Sky Bet League One victory.

Russell Martin’s men were beaten 3-1 by Gillingham last weekend, as they failed to follow up their impressive 1-0 win over Oxford United the previous Saturday.

Confidence, though, remains high at Stadium MK, with improved performances under manager Russell Martin and an attack which is beginning to find it’s groove as key players return to fitness.

A win in Essex later today could, with the help of results elsewhere, see the Dons move out of the bottom three for the first time since the start of November. At the very least, it would keep them in the pack of teams between 16th and 21st that are separated by just six points.

THE OPPOSITION
Southend United sit one place below MK Dons in the Sky Bet League One table heading into this Boxing Day encounter at Roots Hall.

The Shrimpers, 10 points behind Russell Martin’s men, have just one win to their name this season – a 1-0 triumph over the Dons at Stadium MK back in September. 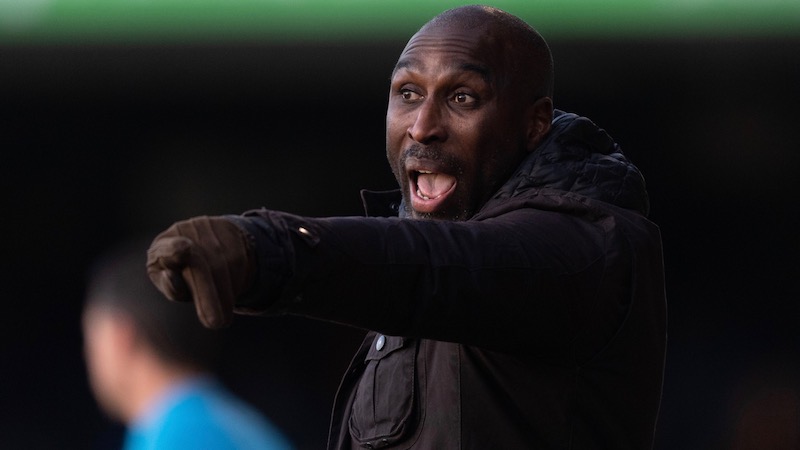 A lot has changed for the two clubs since that reverse fixture, with both sides now under the leadership of different managers. Southend appointed Sol Campbell as their new chief and he has made an impact in Essex.

United having drawn two of their last four matches, scoring at least two goals in each of their last three outings. Stephen Humphrys is their leading marksman – the 22-year-old has found the net on five occasions this term, although hasn’t done so since September.

LAST TIME OUT
MK Dons failed to make it back-to-back Sky Bet League One victories, as they were beaten 3-1 by Gillingham at the MEMS Priestfield Stadium.

The Gills scored twice in two first-half minutes to take a 2-0 lead into the break – Mikael Mandron and Brandon Hanlan with the efforts.

Alex Gilbey pulled one back for the Dons early in the second half – a terrific solo goal – but Max Ehmer made the game safe for Gillingham just four minutes later as he crashed home on the rebound after Lee Nicholls had saved a free-kick.

Southend United were edged out by the odd-goal in five in a crucial Sky Bet League One clash with Bolton Wanderers at the University of Bolton Stadium.

Harry Lennon put Southend in front but Keith Hill's side rallied with strikes before half-time from Joe Dodoo and Luke Murphy.

Bolton top scorer Daryl Murphy added a third in the second period and that proved to be the crucial strike after Timothee Dieng netted a late consolation.

FIGHTING TALK
Russell Martin: “We have to go into every game wanting to win it. We will make sure we are prepared to adapt to each game and each challenge. There are no easy games for us. Southend are a team who are improving. They are fighting and so are we. It makes for a big game.”

Sol Campbell: “They’re all big games. They’re there in and around us, but we’ve got to pick up points up against whoever we play. We can’t pick and choose. We’ve just got to set our stall out and hopefully, we’ll get the result with good performances and work ethic. If we drop off from that, we get exposed.”

TEAM NEWS
MK Dons boss Russell Martin revealed in his pre-match press conference that Rhys Healey (thigh) is included his squad to face Southend United. The striker, who has three goals in six appearances this term, could make his first appearance since September. Healey will boost Martin’s attacking options along with striker Sam Nombe (knee), who made it through his 45 minutes against Gillingham unscathed.

At the other end of the pitch, the Dons welcome back Baily Cargill from a three-game suspension. However, Martin confirmed that defender Jordan Moore-Taylor (knee), though, won’t feature in the festive fixtures.

He joins full-back Nathan Ralph (shoulder) on the sidelines although Sol Campbell has been boosted by the recent returns of several key players – defenders Jon White and Stephen McLaughlin, midfielder Sam Mantom and strikers Tom Hopper and Brandon Goodship.

OFFICIALS
Neil Hair will take charge of a fixture between Southend United and MK Dons for the second time this season.

Hair oversaw the Dons’ 4-1 win at Roots Hall back in August and had a quiet evening, booking just one player. 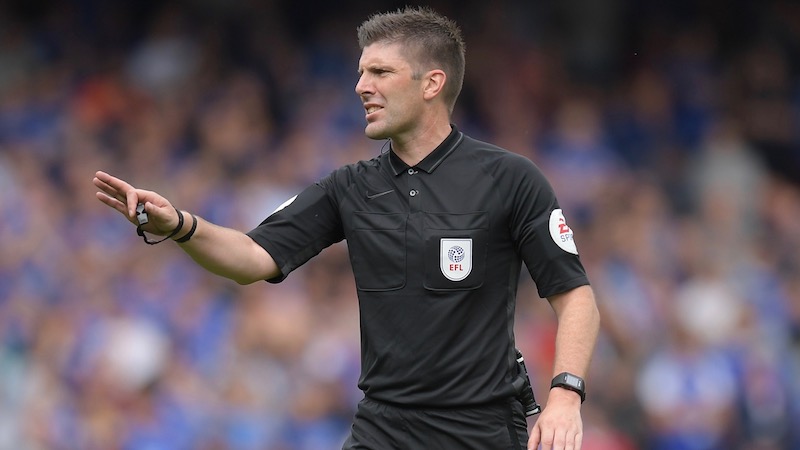 The Carabao Cup tie is one of 15 matches that the two-year EFL official has refereed this season. In total, he has shown 49 yellow cards in 2019/20 but only brandished his red card on two occasions.

His assistant referees are Anthony Da Costa and Ryan Whitaker while the fourth official is Christopher O'Donn.