MK Dons travel to Doncaster Rovers looking to build on their midweek victory in the Leasing.com Trophy and secure a valuable three points.

After putting an end to their winless run on Tuesday evening by beating Coventry City 2-0 at Stadium MK, Russell Martin’s men will now want to secure a first league victory in 12 attempts - a result which could lift them out of the bottom three, if scores also go in their favour elsewhere.

Despite their league form, the Dons will be confident thanks to Tuesday’s result and improved recent performances.

The side netted just three goals in the 11 games prior to Martin’s appointment, but have since scored five in five. Returning Joe Mason has netted in each of his last two matches while fellow forward Agard, back from suspension, found the target in midweek.

The Dons also enjoyed success at the back on Tuesday, with Lee Nicholls and Co keeping their first clean sheet in nine games.

Martin will hope his team can translate their upturn in performances into three points in South Yorkshire.

THE OPPOSITION
Doncaster Rovers will be in search of only their third league win in seven games on Saturday, as they look to push back towards the play-off places in Sky Bet League One.

Currently 14th in the table, Darren Moore’s side have won just two league games since September, although one of those was an impressive 7-1 thrashing of Southend United. 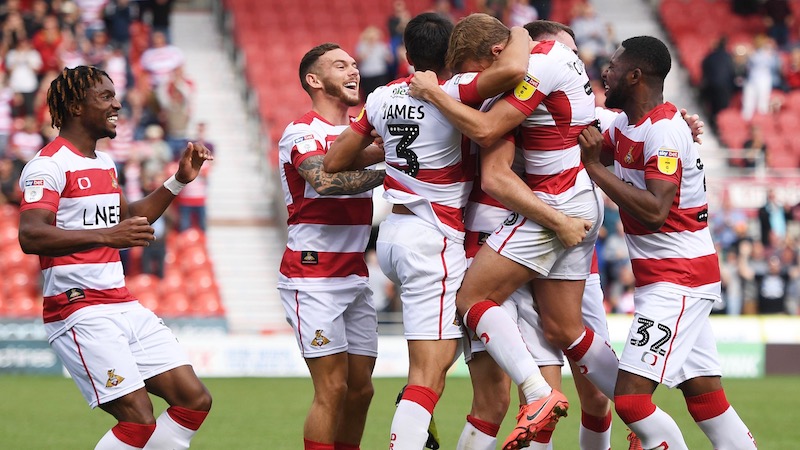 Donny have enjoyed plenty of success on their own patch this term, winning five of their nine games at the Keepmoat Stadium and scoring 15 goals.

Midfielder Kieran Sadler is their leading marksman in the league, with six goals to his name, while Ben Whiteman, Jon Taylor and James Coppinger have contributed three goals apiece from the centre of the park.

LAST TIME OUT
MK Dons picked up their first win in 12 matches on Tuesday evening courtesy of a 2-0 victory over Coventry City in Round 2 of the Leasing.com Trophy.

Kieran Agard, who had a first-half strike ruled out for offside, opened the scoring on the hour mark, tapping in from close-range following a well-worked corner routine.

Joe Mason then doubled the lead and sealed the win 10 minutes later, latching onto Conor McGrandles’ through pass and sending a low first-time finish into the bottom left-hand corner.

Doncaster Rovers were knocked out of the Leasing.com Trophy in midweek, suffering a 3-0 defeat at home to Leicester City Under-23s.

Admiral Muskwe’s put the Foxes ahead after just 13 minutes before doubling his tally 20 minutes into the second half.

George Hirst then secured Leicester’s triumph late on with a header from Kiernan Dewsbury-Hall’s cross.

FIGHTING TALK
Russell Martin: “Nobody outside this building expects us to get anything. We are aware of what Doncaster can do and they are a good side, but we are more than capable of going there and winning the game. We’ll be going there to try and get a result.”

Darren Moore: “[MK Dons] got a new manager in now and they’ve improved recently. Russell Martin has got his own ideas and a new manager always has an impact when they go in and he had a good result on Tuesday night. They will have been working hard to turn things around recently and will be trying to put a run of wins together as we are.”

TEAM NEWS
Jordan Moore-Taylor and Sam Nombe are in contention for Saturday’s trip to Doncaster Rovers although MK Dons boss Russell Martin believes that the game may come too soon for the latter.

Both players are back in training and will be pushing to make comebacks in the coming weeks, as will striker Rhys Healey who is nearing a return to full training following a hamstring injury. Martin will also be boosted by the return of Kieran Agard from suspension although he does lose Baily Cargill, who was sent off in the Dons’ last league outing. He joins George Williams on the sidelines – the defender serves the second game of his three-match ban on Saturday.

Brennan Dickenson is available despite being sent off in the midweek win over Coventry City. The winger’s one-match suspension is only applicable to Leasing.com Trophy fixtures.

Doncaster Rovers will be without defender Tom Anderson, who will miss this weekend’s meeting through suspension.

OFFICIALS
Scott Oldham will take charge of Saturday’s contest at the Keepmoat Stadium.

The three-year EFL official has refereed the Dons twice before, including the 4-1 defeat to Bradford City in October 2017 when he sent off midfielder Aaron Tshibola after just five minutes. 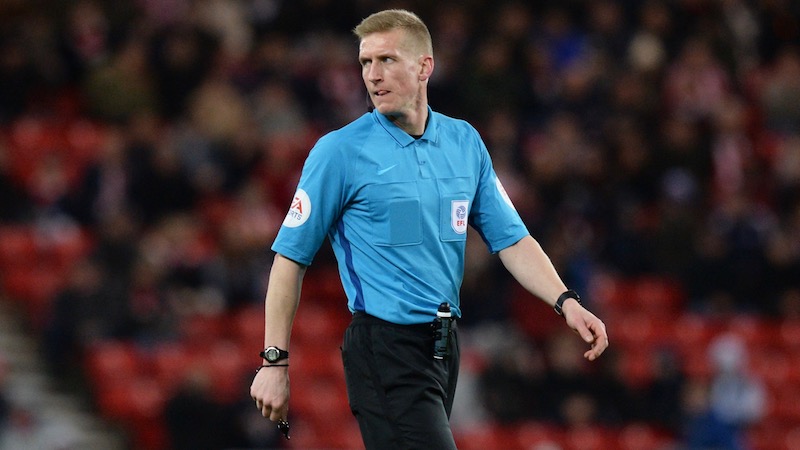 So far this season, Oldham has overseen 18 matches, produced 53 yellow cards and only dismissed one player. He has awarded four penalties, although hasn’t done so since September.

Paul Graham and Wayne Grunnill will be the assistant referees while Martin Woods is the fourth official.

FOLLOW IT LIVE
Tickets, which can now only be bought from Club Doncaster Academy reception at the Keepmoat Stadium, are priced at £21 adutls, £17 seniors/under-25s, £13 under-22s and £8 under-18s while under-12s tickets are priced at just £5.