Voting has opened for supporters to select their Papa John's Goal of the Month for March.

Supporters are asked to choose their standout strike from the ten scored during the month of December which can be viewed above.

Fans are able to register their vote using the survey below, with voting closing at 11.59pm on Wednesday 15th Jan.

Supporters that vote will go into a draw to win two hospitality tickets, provided by Papa John's, to the match with Sunderland. Papa John's would also like to give the opportunity to a fan to present the winner with their trophy.

To be eligible to win, please provide a name and contact number/email on the voting form above.

The winner will be announced at this January's Sky Bet League One clash with Sunderland at Stadium MK. 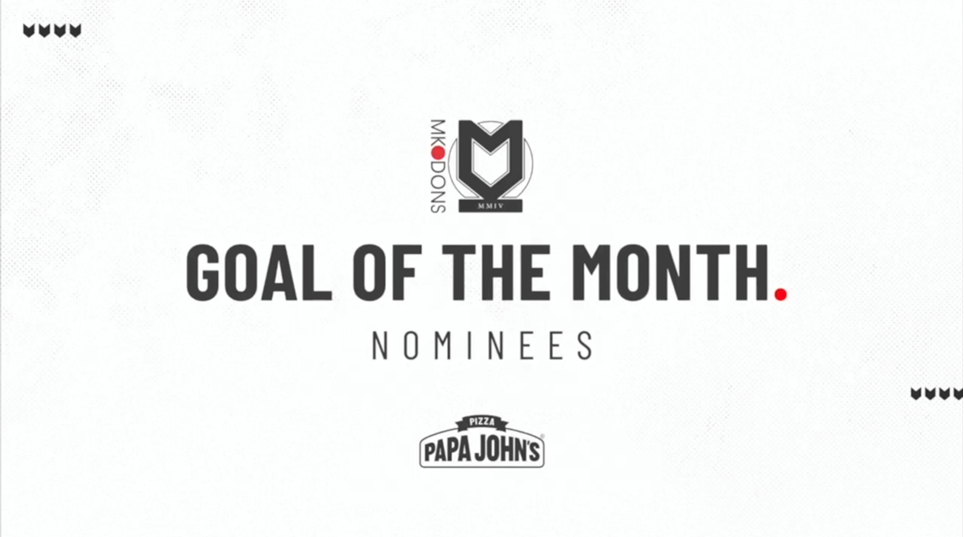 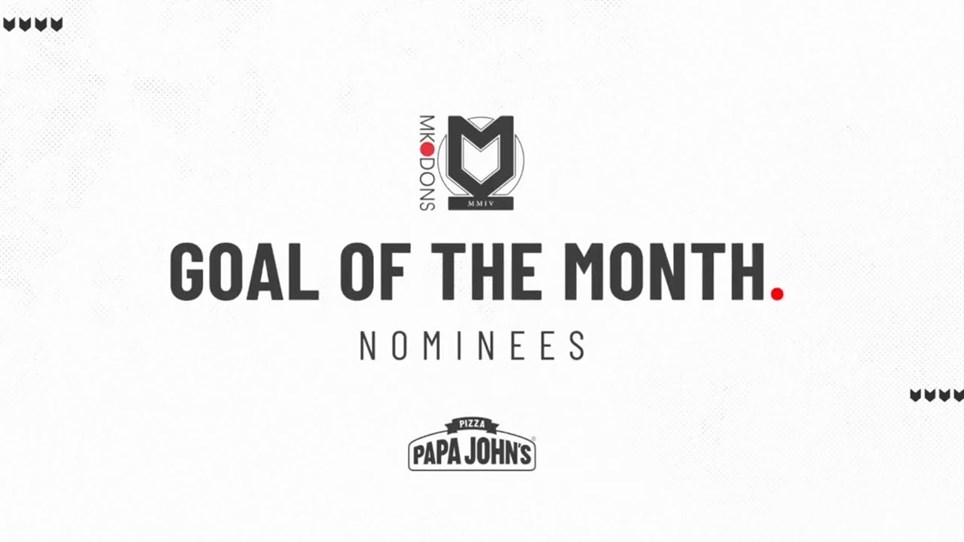 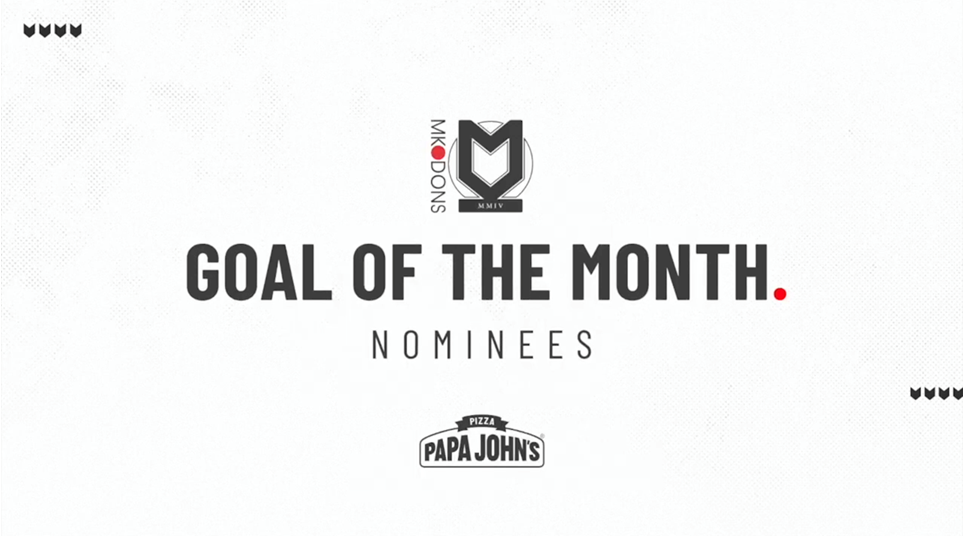 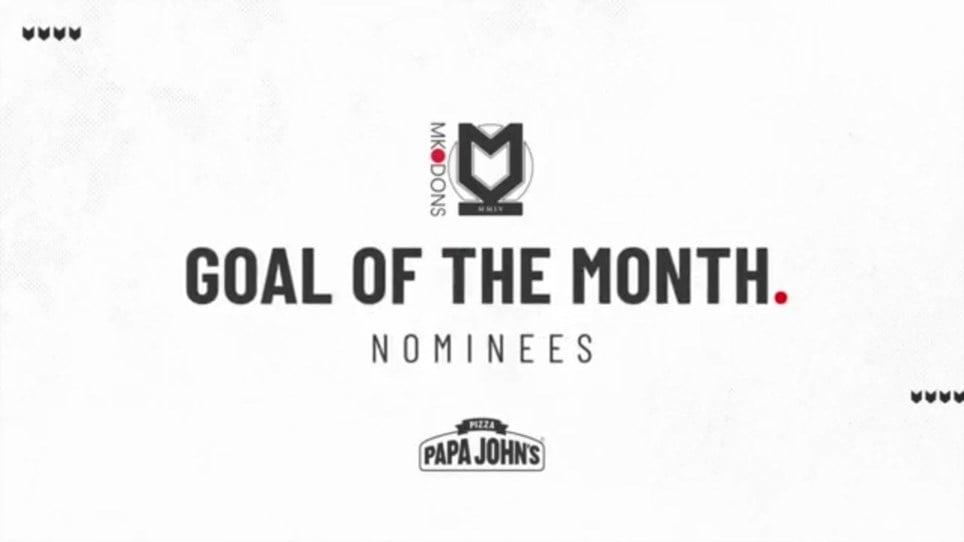