Alex Gilbey scored a Goal of the Season contender this weekend, but wasn’t able to be pleased come the full-time whistle.

The midfielder produced an audacious touch with his backheel to set himself before finishing past Jack Bonham.

His goal, however, was in vain, as Gillingham ran out 3-1 winners in the Dons final game before Christmas.

“The main thing was us trying to get the win – we didn’t so it’s a disappointing afternoon,” the midfielder told the media following the defeat in Kent. “It was frustrating to get back into the game and then do what we did - we've let ourselves down today.

“After a good win last week, we needed something to build on and we just weren't good enough.

“We conceded two sloppy goals which we had cut out in recent weeks. We know we've got to be better.”

Gilbey took the time to praise the impact Russell Martin has had on the squad and noted that the benefit of the Christmas Period is that games come within quick succession.

“The lads love the style Russ wants us to play, and we know how the manager wants to play, we're all buying into it. But we need to stick to it and believe in it and we'll be fine.

“Games come thick and fast, we've got to recover and go again at Southend, bounce back and win as many games as possible.” 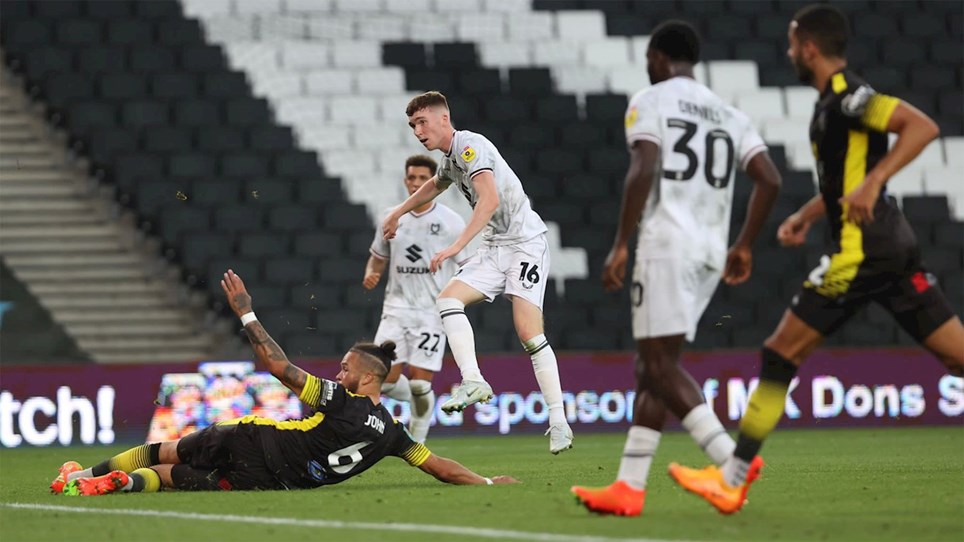