MK Dons will look to bounce back from their first defeat of the season when they take on Lincoln City at Stadium MK this evening.

Tisdale’s men were edged out by Wycombe Wanderers in a five-goal thriller at Adams Park last Saturday as they failed to back up their opening-day success over Shrewsbury Town at Stadium MK.

The Dons now return to Milton Keynes for successive home games and an opportunity to put six points on the board as well as establish Stadium MK as a fortress early in the campaign.

THE OPPOSITION
Lincoln City have enjoyed an excellent start to life back in the third tier, boasting a 100 percent record after three games. This, of course, off the back of a title-winning 2018/19 campaign. 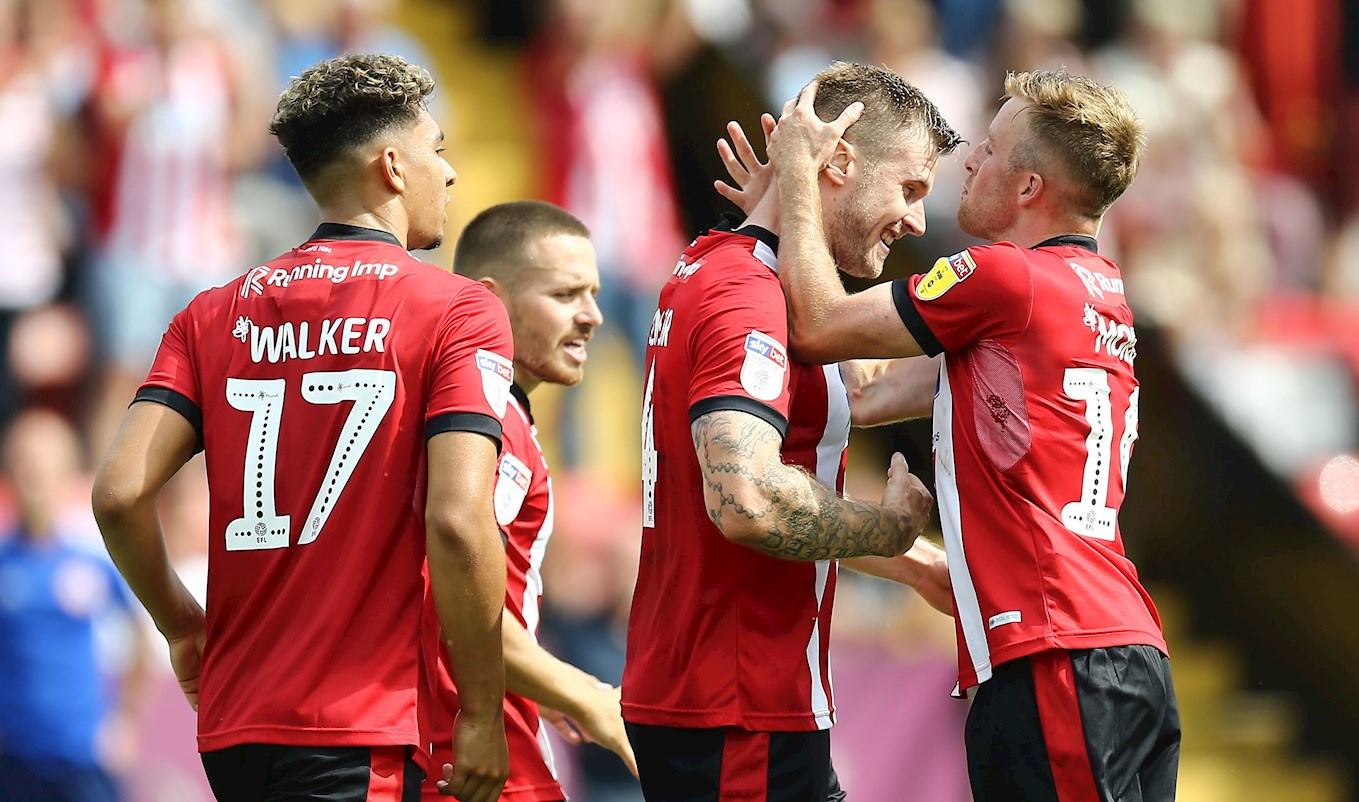 The Imps have beaten Accrington Stanley, Rotherham United and Southend United so far this term and have yet to concede a goal. Their form also extends to the Carabao Cup where they saw off Championship outfit Huddersfield Town, again without being breached.

Harry Anderson currently leads the way in terms of goals with two to his name while forwards John Akinde, Bruno Andrade and Tyler Walker are also off the mark.

LAST TIME OUT
A 90th-minute strike from former MK Dons loanee David Wheeler condemned Paul Tisdale’s men to their first defeat of the campaign in a five-goal thriller with Wycombe Wanderers at Adams Park.

Wycombe took the lead inside the opening quarter of an hour courtesy of a Joe Jacobson penalty but the Dons responded through Jordan Bowery. Fred Onyedinma then put the Chairboys back in front on 37 minutes with a low left-footed finish.

Conor McGrandles missed the chance to equalise from the spot in first-half stoppage time but Jordan Houghton made no mistake when the Dons were awarded another penalty six minutes after the break.

Tisdale’s side had chances to edge in front but it was Wycombe who claimed all the spoils - Wheeler, who scored the goal which sent the Dons up from League Two last term, coming off the bench to fire past Lee Nicholls late on.

Lincoln City maintained their perfect start to the season with an impressive 4-0 victory over Southend United at Sincil Bank.

Jason Shackell opened the scoring on the half-hour mark with a header from Jorge Grant’s free-kick. Grant provided the assist for Lincoln’s second - from his cross, Harry Toffolo found the bottom corner.

Tyler Walker scored a second-half penalty to extend the lead to three before Bruno Andrade rounded off a four-goal success with a stunning strike from the edge of the area.

FIGHTING TALK
Paul Tisdale: “We’ve got a tough one at home on Tuesday and then on Saturday. We’ve got to learn quickly - I’ll learn quickly and the players will have to as well.”

Danny Cowley: “It is a big pitch and MK ask a lot of questions because they get good control of the ball and test you physically and mentally. Paul Tisdale is a very intelligent manager and we understand the challenge ahead of it so we are looking forward to the game.”

TEAM NEWS
It remains to be seen whether any of MK Dons’ recent absentees will be involved in Tuesday’s match at Stadium MK.

Brennan Dickenson and Joe Mason (both undisclosed) have yet to feature this term while Ben Reeves (undisclosed) wasn’t involved in either game last week and Joe Walsh (undisclosed) was absent on Saturday. Jordan Moore-Taylor (knee) remains out as he continues his recovery. Paul Tisdale revealed no fresh injury concerns in his post-match interview at Adams Park on Saturday.

Lincoln City look set to be without Lee Frecklington and Tom Pett but otherwise boast a clean bill of health heading into their trip to Stadium MK today.

OFFICIALS
Michael Salisbury will be the man in the middle at Stadium MK tonight.

Salisbury, who has been refereeing in the EFL since 2016, has officiated the Dons on four previous occasions, producing a total of 11 yellow cards and one red. That sending off came in his last Dons appointment - last season’s 2-1 win over Notts County at Stadium MK. 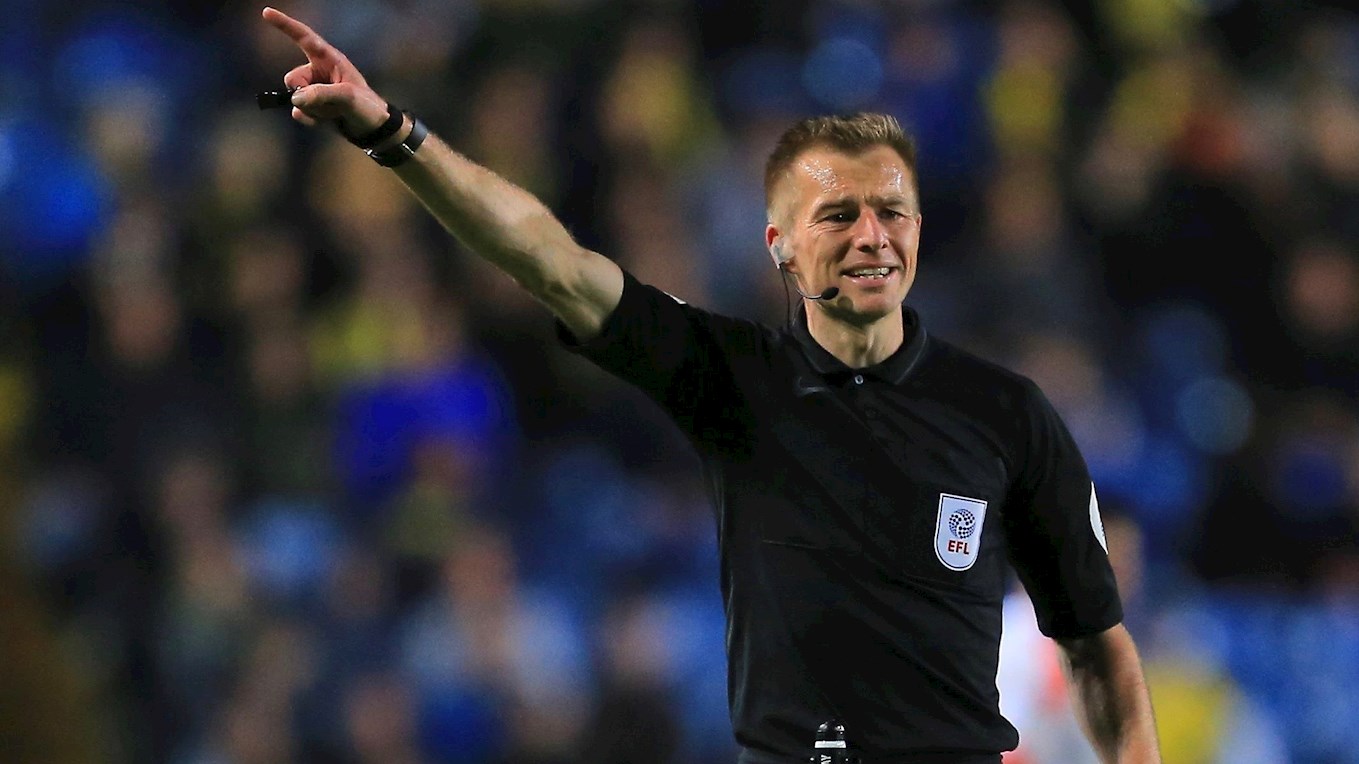 So far this season, Salisbury has taken charge of four matches and made 11 bookings. He’s also sent off two players - both were dismissed in his first game of the season.

His assistant referees are Daniel Cook and George Byrne while the fourth official is Carl Brook.

FOLLOW IT LIVE!
Tickets for the match are priced at £22 adults, £17 seniors and £7 under-18s while under-12s go FREE with an accompanying adult. Supporters can upgrade to premium seats in the East Centre for a £5 premium while an upgrade to clubRed is just £10 more.

Can't make the match? Not to worry, supporters will be able to watch the match live on iFollow MK Dons for just £10 - click HERE to purchase a Match Pass!