MK Dons - unbeaten at home so far this season - return to Stadium MK tonight to take on Peterborough United in their Checkatrade Trophy Group H opener.

Paul Tisdale’s side - along with the Group H rivals Posh, Luton Town and Brighton & Hove Albion Under-21s - will play three group fixtures between now and November, with the top two in the table after matchday three then progressing through to the knockout stages.

MK Dons, who won the competition in 2008, reached the first knockout round last season before exiting the competition to Chelsea Under-21s at Stadium MK. They went unbeaten through the group stage, winning twice in 90 minutes, once on penalties.

Peterborough United have made an excellent start to the 2018/19 season - they sit top of the Sky Bet League One table having won five of their first six matches and drawing the other. 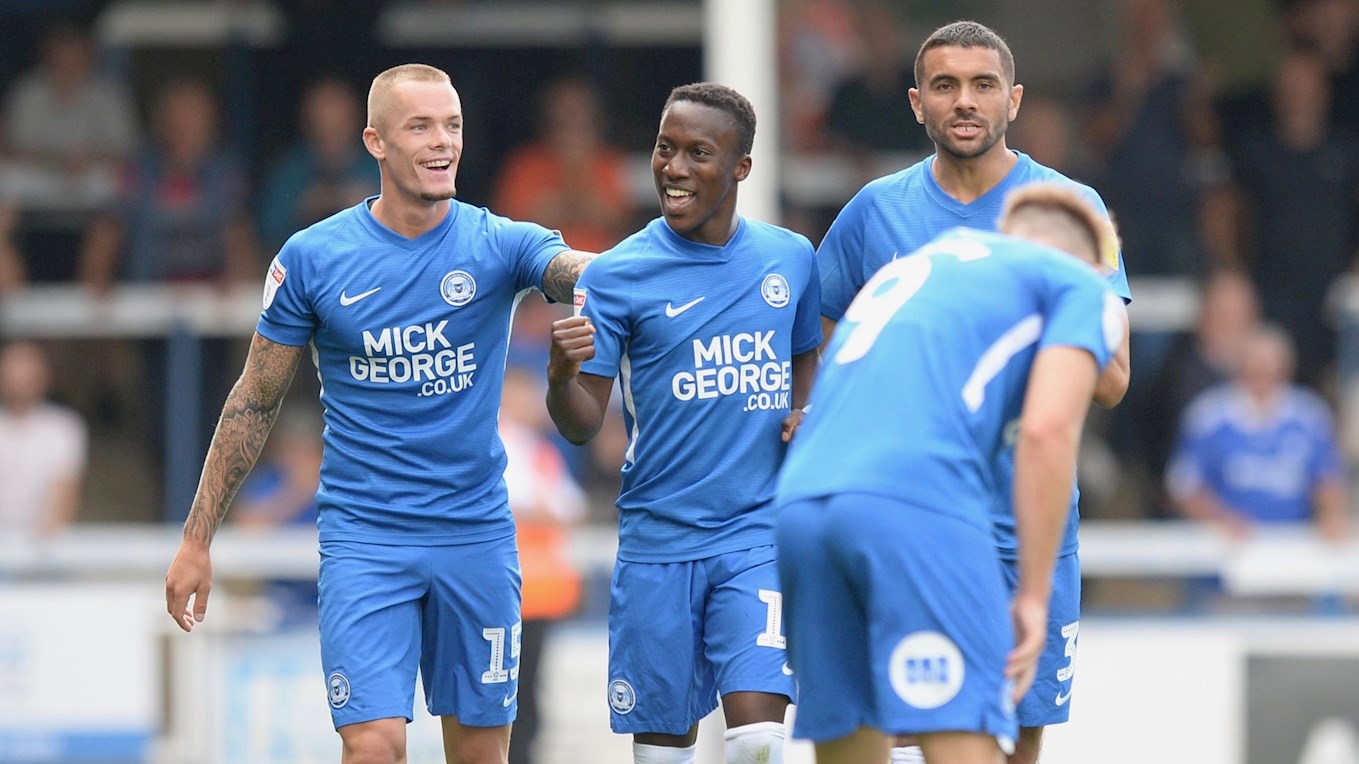 Steve Evans’ side have scored a whopping 16 goals and have conceded just seven times, two of those coming in their only defeat of the campaign - a 2-0 reverse to Queens Park Rangers in Round One of the Carabao Cup.

Forward Jason Cummings, signed in the summer from Nottingham Forest, has six of those goals with fellow new recruit Matt Godden chipping in with four. Mark O’Hara is also a goal threat from midfield - he has three goals to his name. 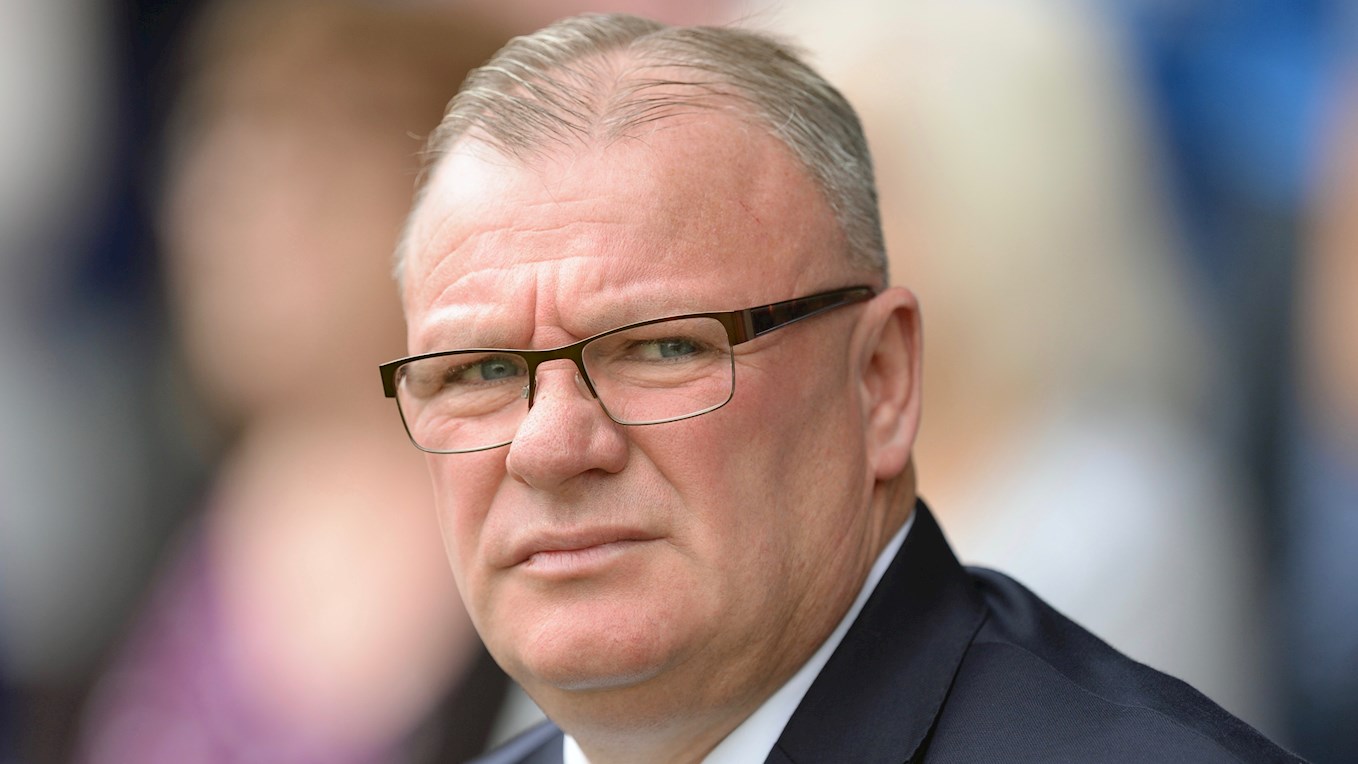 The Posh are former winners of this competition and last season reached the fourth round before losing 4-2 to Lincoln City, who went on to lift the Checkatrade Trophy at Wembley Stadium.

MK Dons came within 30 seconds of a fourth league victory of the season at Swindon Town last Saturday but were forced to settle for a share of the spoils courtesy of Elijah Adebayo’s stoppage-time equaliser.

The Dons had chances to extend their lead in the second half with Jordan Houghton hitting the crossbar and both Dean Lewington and Jordan Moore-Taylor seeing goal-bound shots saved by Laurence Vigouroux.

It looked as though those missed chances wouldn’t matter but with less than a minute remaining, Swindon sub Adebayo fired a loose ball past Lee Nicholls from close range to secure a draw for his side.

Peterborough dropped their first points of the season, drawing 1-1 at home to Doncaster Rovers this past weekend.

Donny, who went close to scoring early on through Tommy Rowe, took the lead with five minutes remaining in the first half - John Marquis firing past Aaron Chapman with a classy finish.

Posh, who went into the game with a 100% record in Sky Bet League One, equalised with just over half an hour to go through Ryan Tafazolli, who headed in from Siriki Dembele’s free-kick.

It was the visitors who went closest to winning the game late on but Chapman denied Rowe to keep their unbeaten streak alive.

MK Dons manager Paul Tisdale: “Peterborough United have made an excellent start to their Sky Bet League One campaign. I’m sure they will have a successful season under the management of Steve Evans. Knowing Steve, I'm not surprised he has made an immediate impact on his players over the past six months. They already look like a very good team.”

Peterborough United manager Steve Evans: “MK Dons are managed by a good friend of mine in Paul Tisdale. He spent a very long time at Exeter City and now he, alongside Steve Perryman, are at a club that will be looking to get back into League One. It is a wonderful arena to play your football in and I am sure our supporters will be looking forward to seeing some of the players who have yet to show what they can do in the first team.”

Paul Tisdale is likely to make changes to his team and could hand opportunities to some of the players on the periphery of the starting XI.

Sam Nombe and Osman Sow are two players who will be looking for minutes having recently returned from injury while Brandon Thomas-Asante is back in training and getting closer to making his first appearance of the season. Tisdale also hinted at the possibility of Chuks Aneke returning to the fold in the coming weeks. The striker was the subject of intense speculation linking him with a move away from Stadium MK this summer but he remains an MK Dons player - whether he will play a part this evening remains to be seen.

Peterborough United are likely to freshen their team up too, with Steve Evans confirming as much in a pre-match interview with iFollow Posh.

Forward Ivan Toney is one player who is in line for a state, after impressing off the bench in their draw with Doncaster Rovers at the weekend.

Brett Huxtable will referee tonight’s tie at Stadium MK, running the rule over MK Dons for the first time since January 2018 when he took charge of the 2-1 loss to Northampton Town at Sixfields Stadium.

That afternoon, Huxtable produced four yellow cards and dismissed forward Chuks Aneke for an off-the-ball incident in the closing stages of the game. The Devon official has marshalled five matches so far this season, already totalling 19 yellow cards. He has produced three reds - all of which game last weekend during the Sky Bet League One fixture between Southend United and Charlton Athletic.

His assistant referees tonight are Steven Plane and Mark Griffiths while the fourth official is Paul Hobday.

Tickets are priced at just £5 adults and £1 under-18s while under-12s go FREE. Tickets will be sold on a block-by-block basis, starting in the East Centre.

Supporters in the UK and abroad can watch the match LIVE by purchasing a £10 Match Pass – click HERE to buy!