MK Dons supporters can now vote for their MKFM Goal of the Month for September.

Supporters are asked to choose their standout strike from the eight goals scored during the month of September.

Here is a reminder of the finishes...

Voting will close at 5pm on Sunday 14th October. The winner will be announced shortly afterwards and will be presented with a trophy ahead of the Sky Bet League Two clash with Northampton Town on Saturday 20th October.

Create your own user feedback survey

Supporters that vote will go into a draw to win two hospitality tickets to the match with Northampton Town and the opportunity to present the winner with their trophy.

To be eligible to win, please provide a name and contact number/email on the voting form above and select that you are available to attend the game on Saturday 20th October. 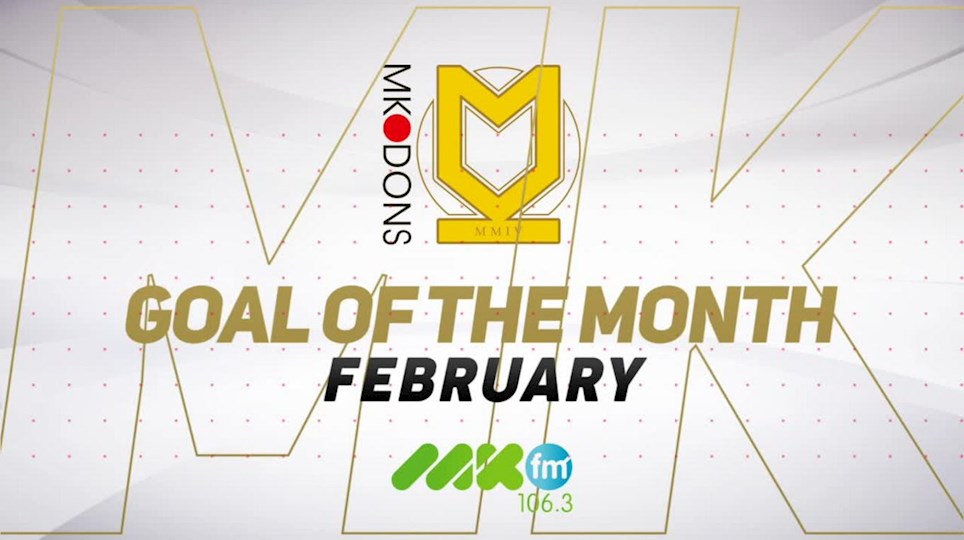 Goal of the Month: February


There is still time for supporters to select their MKFM Goal of the Month for February. 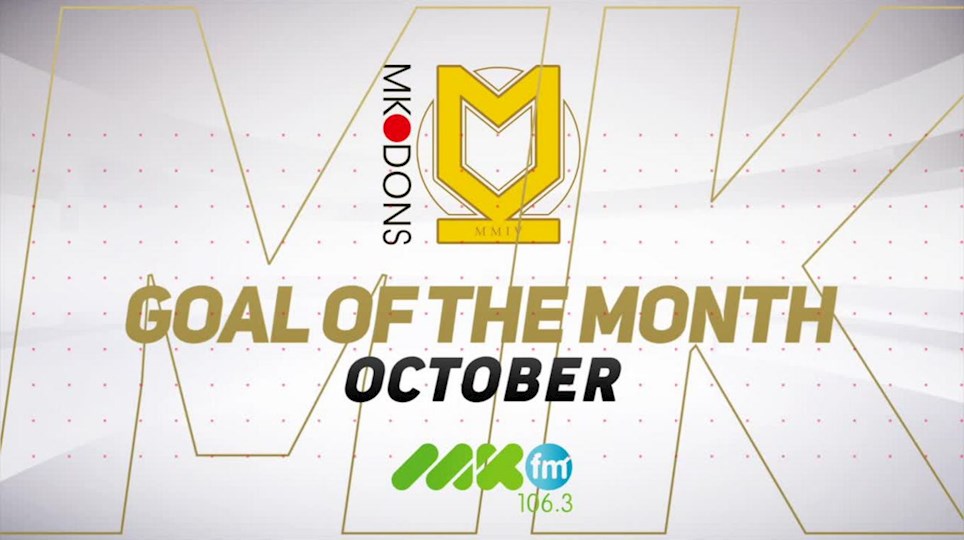 MKFM Goal of the Month - October


MK Dons supporters can now vote for their MKFM Goal of the Month for October.