Rhys Healey’s second-half strike against Lincoln City has been voted MK Dons’ MKFM Goal of the Month for September 2018 by the Club’s supporters.

Healey’s goal against The Imps was his first Sky Bet League Two goal for the Club and received 36% of the votes.

Chuks Aneke’s second goal against Peterborough placed second with 13.5%, while Aneke’s goal against Forest Green came third with 12% of the vote.

Meanwhile, fan Emma Oakley has won two hospitality places for the upcoming clash with Northampton Town, where she’ll present Healey with his award.

Rhys Healey and MK Dons will look to make it four league wins on the bounce when they entertain Northampton Town at Stadium MK this Saturday. 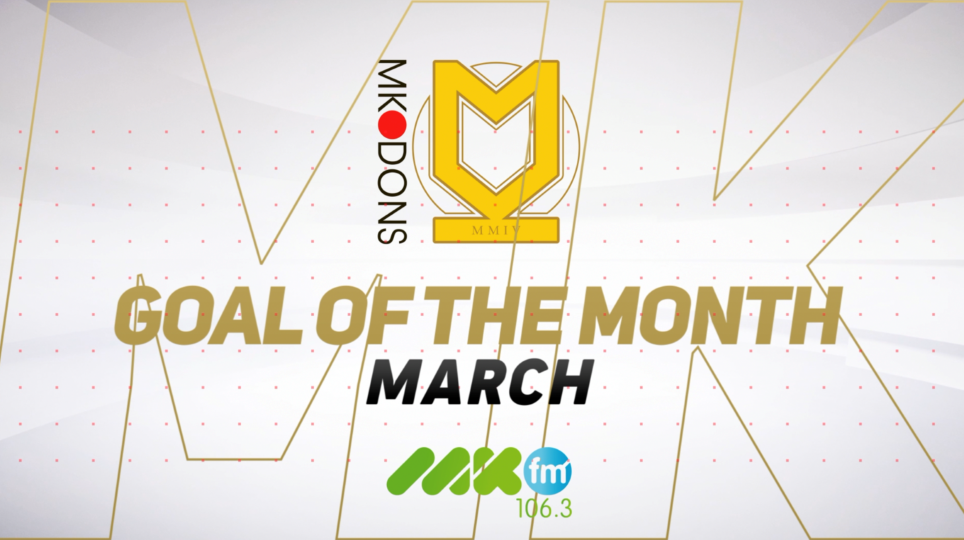 MKFM Goal of the Month: March


Voting has opened for supporters to select their MKFM Goal of the Month for March. 
Alex Gilbey’s composed opener against Morecambe has been voted MK Dons’ MKFM Goal of the Month for November by the Club’s supporters.