Drewe Broughton only spent one season contracted to MK Dons but feels his time at Stadium MK has helped him in his career following his retirement.

Broughton represented the Dons during the 2007-2008 season and made a significant contribution to the Club’s double-winning season.

The striker, who donned the shirt 19 times, famously scored the decisive penalty to take the Club through to the Final of the Johnstone’s Paint Trophy at Wembley Stadium – a game they won 2-0 against Grimsby Town.

Broughton returned to Stadium MK last month thanks to OSMO UK and caught up with iFollow MK Dons during his visits.

The 39-year-old stated that the methods imposed by then boss Paul Ince prepared him for later life and has been integral in helping him in his day-to-day career.

“What I’ll never forget [about his time at MK Dons] that helps me today in my job is being under Paul Ince and the standards he set.

“I’ll never forget the standards that he had every day and the brutality of what he expected every day.”

Broughton also noted that scoring the winning penalty against Swansea gave him a sense of contribution.

“It was the one moment in that year for me as it was difficult to get game time with Kevin Gallen and Aaron Wilbraham ahead of me in a one up front formation.

“It was nice to feel like I contributed to that season as it’s hard sometimes when you don’t play and you feel like you aren’t contributing.

“I was only here for a year but it was a great year. We achieved a lot and I learnt a lot as well so it’s nice being back – I’ve good memories of this place.”

There was also praise reserved for Dean Lewington who played alongside Broughton during his time at MK1.

"I was so jealous of Dean Lewington when I was here because he wasn’t the best pro but he would be 9/10 every single week.

"Then you’d have someone like me who was OCD about Diet, training etc and I’d give my right arm to be as comfortable as he was on the ball – he just kept it going and keeps the game really simple." 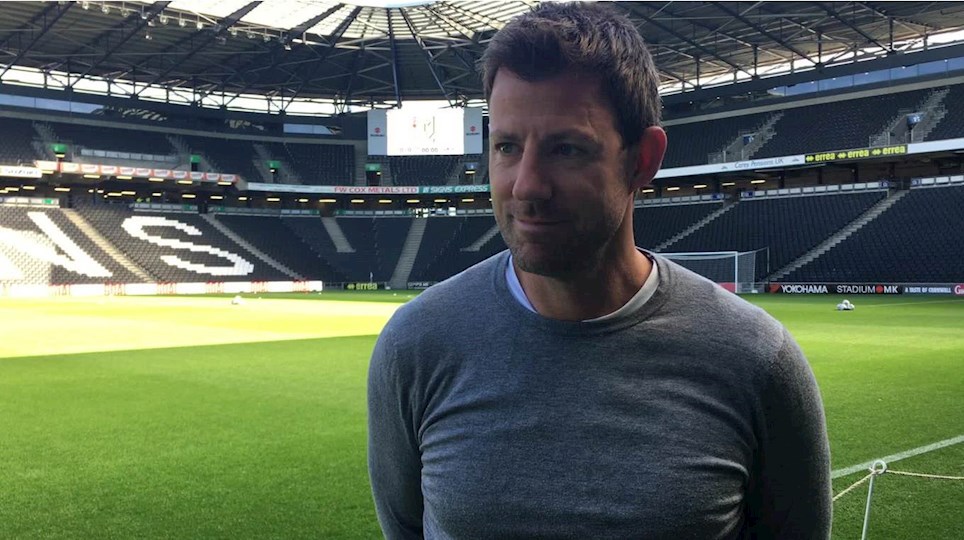 Once a Don, Always a Don: Drewe Broughton