MK Dons are back on the road this afternoo as they make the short journey to the Lamex Stadium for their Sky Bet League Two clash with Stevenage.

Paul Tisdale's side are currently unbeaten in their last nine Sky Bet League Two games. They'll be looking to maintain their impressive away form that has seen them pick up 16 points from a possible 27 on their travels.

The Dons will face a tough Stevenage outfit – as Dino Maamria's side have conceded just seven times at home this season.

Having been with the Club as a player for three years, as well as serving as both first-team coach, and Assistant Manager during separate spells – Maamira was handed the reigns at The Lamex Stadium in March 2018.

The 47-year-old previously enjoyed stints as manager of Northwich Victoria, Southport and Nuneaton Town before making the move to Hertfordshire. His side currently sit 9th in the Sky Bet League Two table – just two points off a play-off position. It was certainly a busy summer for The Boro with 14 new faces arriving at the Club on permanent deals, with a further two joining on loan deals. The likes of Jamal Campbell-Ryce, Scott Cuthbert, Michael Timlin and Joel Byrom injected EFL experience to the squad with Emmanuel Sonupe, James Ball and Luther Wildin earning moves Non-League Football. 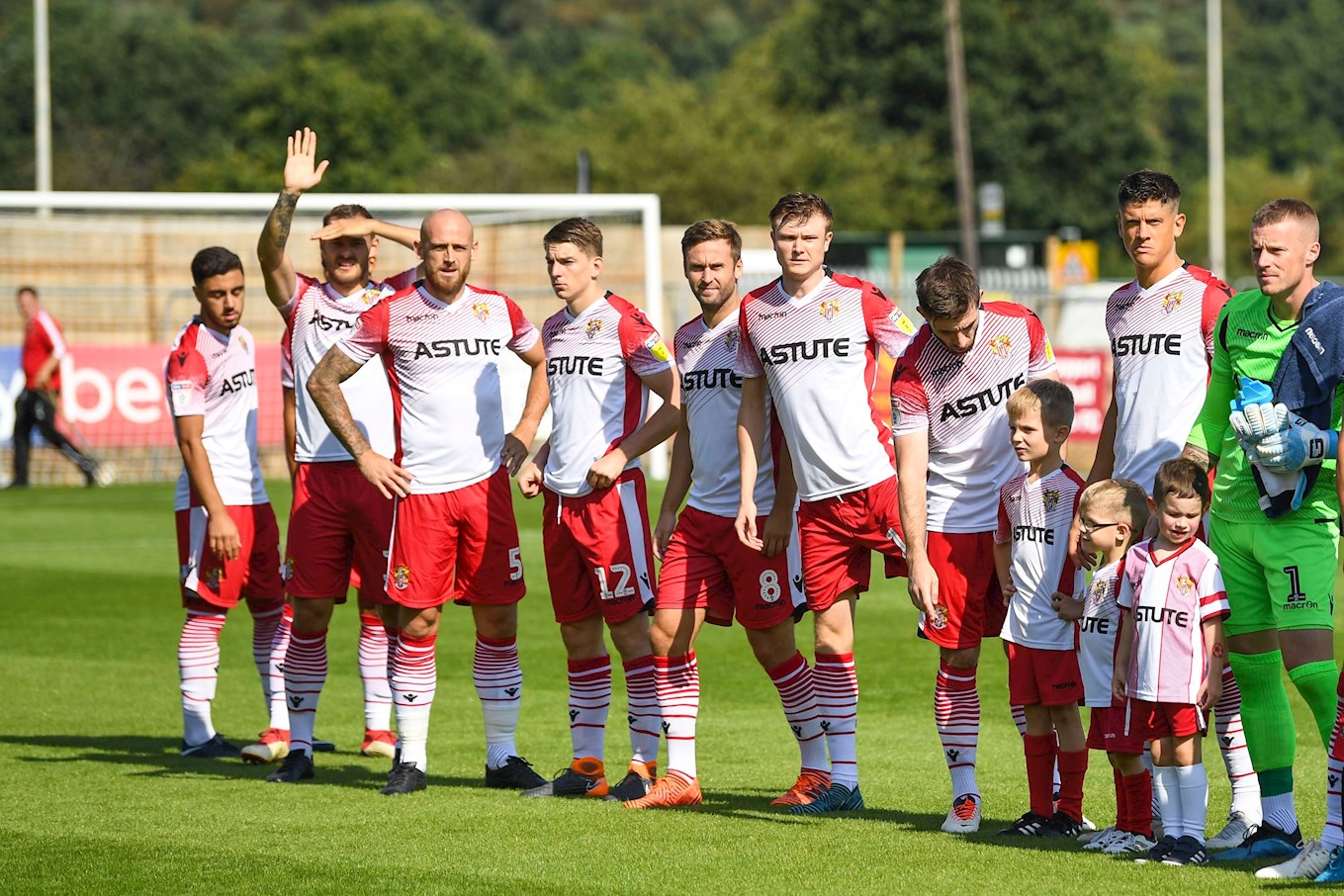 They also managed to retain the services of highly rated striker Danny Newton who so far this season has scored three goals in 16 appearances.

An early red card to Kurtis Guthrie left Stevenage with a mountain to climb last Saturday. Jay O’Shea netted a brace before Danny Mayor and Eoghan O’Connell added to the scoring late on – leaving The Shakers as 4-0 winners.

MK Dons will be without two central defenders in Joe Walsh and Baily Cargill.

Walsh looks set to be sidelined until the New Year with an injury sustained during the Checkatrade Trophy tie with Brighton & Hove Albion while Cargill is suspended after tallying five bookings.

The duo join an absentee list that includes Osman Sow, Peter Pawlett, Ryan Harley and Mathieu Baudry although Sow is back in training.

Brett Huxtable will run the rule over this afternoon's clash – he'll be overseeing his third MK Dons of the season in the process - so far this season he's issued 53 yellow cards and three reds. Andrew Williams and Paul Yates are his assistant referees, while Michael Webb is the fourth official.