After a near-perfect October, MK Dons travel to Crawley Town this afterno looking to begin November in winning fashion.

Paul Tisdale’s men picked up 16 points from a possible 18 last month, winning five in a row before picking up a hard-earned draw away at Mansfield Town.

The in-form Dons travel to West Sussex sitting second in the Sky Bet League Two table just two points behind leaders Lincoln City, who they could leapfrog with a victory at the checkatrade.com Stadium, should the Imps were lose to Forest Green Rovers also.

Tisdale’s side, one of the best teams in the division on their own patch, currently boast the fourth best away record in Sky Bet League Two and have won two of their last three matches on the road.

While MK Dons may hold the fourth best away record in the division, Crawley boast the third-best home form this season having picked up 17 points from their eight matches at the Checkatrade.com Stadium.

The Red Devils, who sit 11th in the overall table, have lost just once on their own patch in 2018/19 and had won four straight home games before a respectable 1-1 draw with promotion-chasing Exeter City in their most recent game in West Sussex. 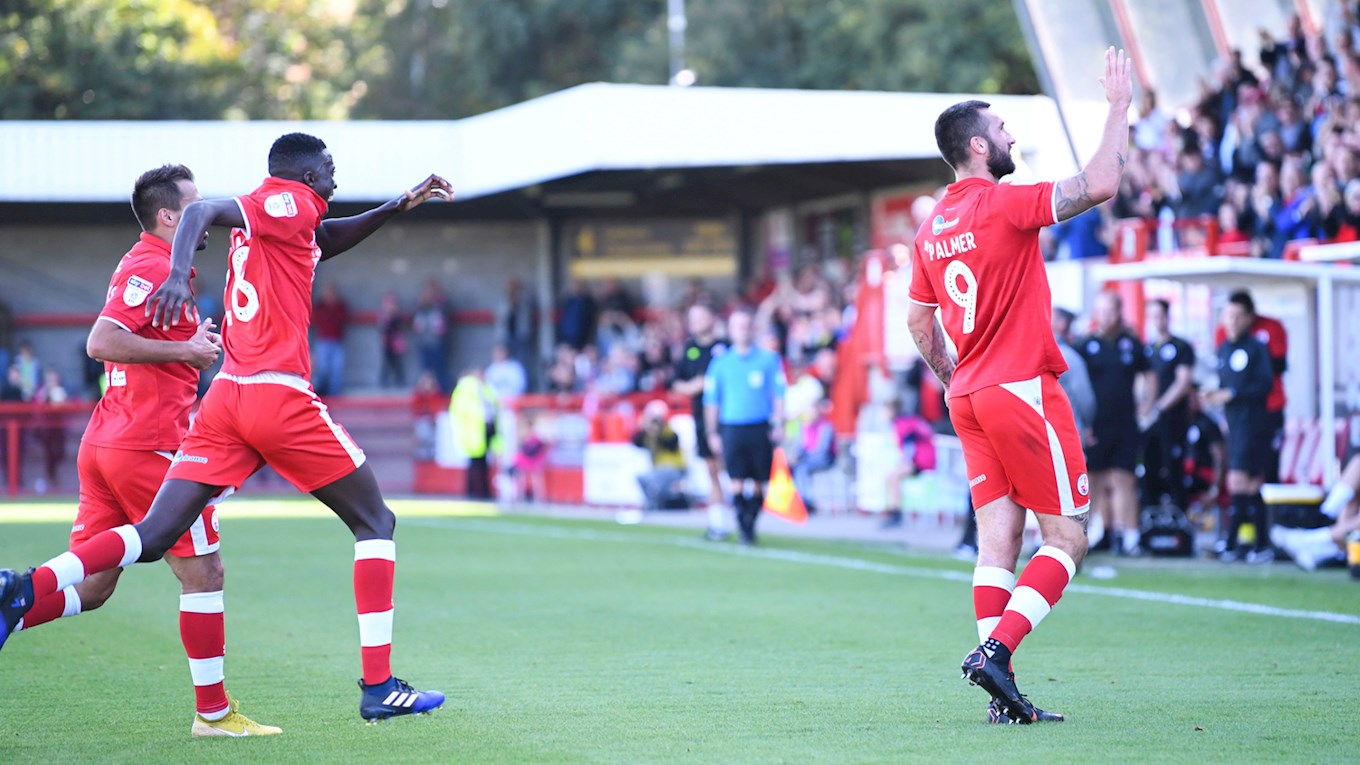 Striker Ollie Palmer is one of the division’s best finishers and is tied for second in the league rankings with nine goals to his name.

He and his teammates have found the net 18 times at home this season which is the second best total in the division. Crawley, however, have struggled at the other end of the pitch - their 25 goals conceded is the second-highest amount amongst teams sitting 20th and above.

MK Dons weren’t able to make it six wins in a row at Mansfield Town but they were able to come away with a hard-fought point.

Paul Tisdale’s men went behind to a stunning strike from Jacob Mellis but midfielder Jordan Houghton drew them level with a terrific effort of his own - both goals coming in the first half.

Chuks Aneke did have a great chance to put the Dons ahead moments before half-time and the Dons did continue to threaten after the break but, in the end, they were forced to settle for a point - a result which sealed an unbeaten October.

Connor Jennings put Rovers ahead before League Two’s leading goalscorer, James Norwood, made it 3-0 with goals either side of half-time.

Tranmere went on to extend their lead to five courtesy of an Adam Buxton penalty and a Paul Mullin thunderbolt. Crawley grabbed a consolation midway through the second half - Ollie Palmer volleying home from Lewis Young’s cross.

Paul Tisdale: “Crawley are a good football side. I know they've had a manager change but they've continued with a good style of football. They have the ability to score goals against the better teams in the league - they beat Newport [County] convincingly at home

"They've shown they're very effective at home and we have to be ready for every challenge they bring."

Gabriele Cioffi: “They are very consistent with a strong coach who has a lot of experience of this league. Looking at them they know what they want. At the worst they want a point from each game.

“We respect everyone and have a healthy fear of MK Dons but we know what we can achieve.”

In his pre-match press conference on Thursday, MK Dons boss Paul Tisdale confirmed that several of his injured group are nearing returns to match action.

Osman Sow, Ryan Harley, Ousseynou Cisse, Peter Pawlett and Conor McGrandles are among those who are currently sidelined and it remains to be seen which players Tisdale was referring to and if any will feature today.

Crawley have both Bondz N’Gala and Josh Payne available for selection once again.

Antony Coggins will referee this afternoon's match, taking charge of MK Dons for the third time this season.

Coggins oversaw the 1-0 victory over Bury back in August as well as the 1-1 draw with Yeovil Town in September. He produced a combined seven yellow cards in those two matches. 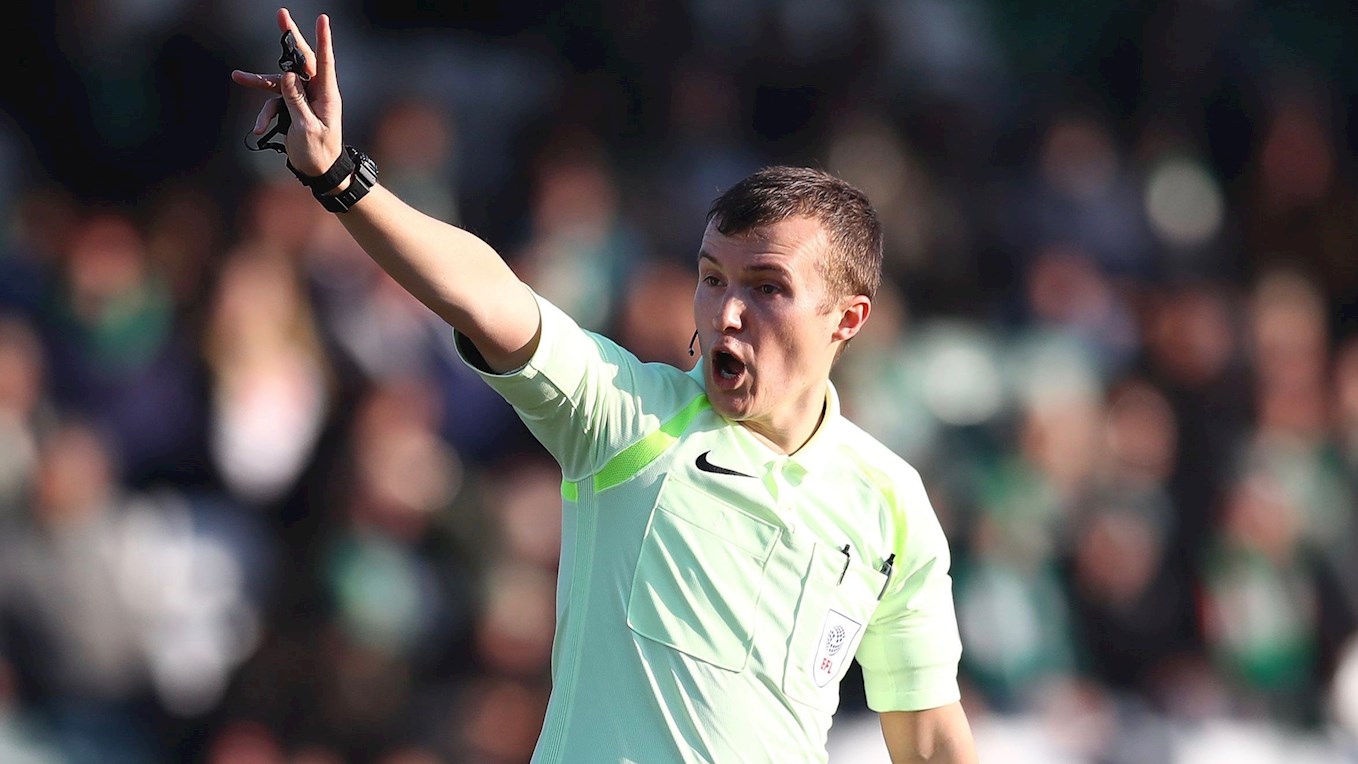 In 15 games this season, Coggins has booked 67 players and dismissed three - his last red card coming on Saturday 20th October.

His assistant referees are Andrew Laver and Anthony Da Costa while the fourth official is Robert Hyde.

Tickets can now only be bought from either the Ticket Office (cash and card) or the Ticket Cabin (cash only) at the Checkatrade Stadium.

Can’t make the game? iFollow MK Dons subscribers can listen to live commentary of the game – click HERE to sign up for as little as £4.49 for a month.