mkdons.com lists a number of things you may not know about new manager Paul Tisdale including his friendship with Rick Grimes.

After Arsene Wenger’s departure from Arsenal in early May, Paul Tisdale became the longest serving manager with his tenure at Exeter City reaching a remarkable 14 years. With a number of promotions on his CV, Tisdale would depart St James Park on 1st June 2018 following their Wembley defeat to Coventry City in the Sky Bet League Two play-off Final. Last Wednesday he was appointed as manager of MK Dons and in the process shortest serving manager in the Football League.

Famous for playing Rick Grimes in hit TV Show ‘The Walking Dead’ and for his role as Mark in 2003 Rom-Com ‘Love Actually’, Andrew Lincoln may well be spotted at Stadium MK in the coming years. Both Tisdale and Lincoln actually attended the same school in Bath, and since going their separate ways have remained in touch ever since.

In August 2017 the TV Star was in attendance during Exeter’s 3-3 draw with Yeovil Town and following the clash told DevonLive: "One of my oldest and dearest friends happens to be Paul Tisdale. So I've been watching him very avidly throughout his whole career and I've been very proud of him."

Despite representing England Schoolboys during his formative years, Tisdale was actually born in Valletta, Malta. Tisdale becomes the first person to represent Malta in either a playing or coaching capacity at MK Dons, while the likes of Osman Sow (Sweden), Richard Pacquette (Dominican Republic), Bally Smart (South Africa) and Ali Gerba (Canada) are just a number of players who are singular representatives of their nation for the Dons.

Despite hanging up his boots in 2011, Tisdale re-registered himself as a player for the start of the 2014-15 season as a result of a sickness bug that servery affect a number of his Exeter City side. Due to the illness, Tisdale named himself as an unused substitute for The Grecians first game of that season against Portsmouth. Following his brief return to football, the former midfielder was handed a FIFA 15 Ultimate Team card becoming one of the only managers to do so.

After retiring early due to injury, Tisdale took up a coaching role with Team Bath in 2000, he entered the University of Bath into the 2002-03 Emirates FA Cup, becoming the first University side to enter the competition since Gonville & Caius in 1881. His team entered in the preliminary rounds and advanced through four qualifying rounds to reach the First Round proper. They were drawn against Mansfield Town, however were defeated 4-2 by the Stags.

Get behind Paul Tisdale and MK Dons in 2018/19 by signing up for a Season Ticket. 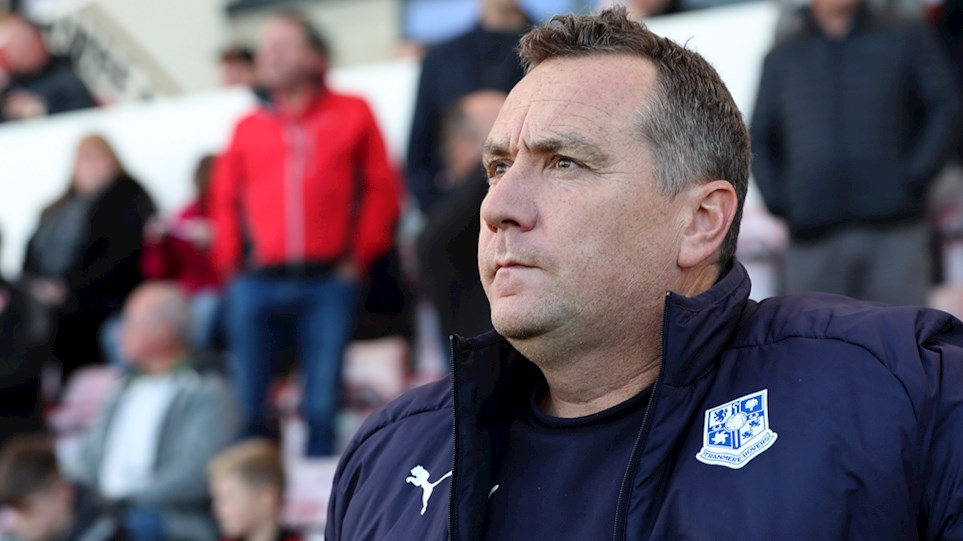 
Paul Tisdale has missed out on the Sky Bet League Two Manager of the Month Award, with the honour going to the man in charge of MK Dons’ opponents this weekend - Micky Mellon. 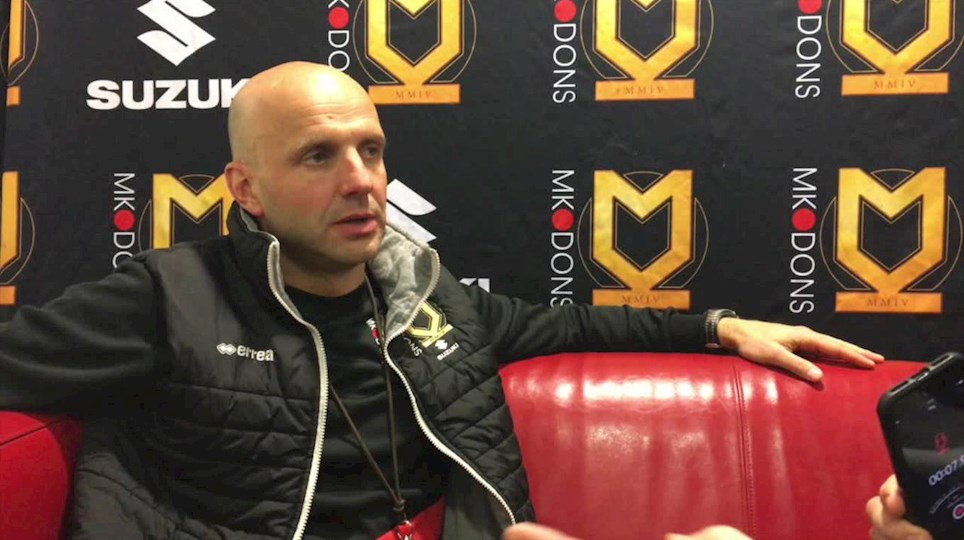 Paul willing to accept a point


Paul Tisdale was willing to accept the point picked up from Saturday’s battle with Stevenage at Stadium MK. 
This Saturday, MK Dons make their second trip of the season to Blundell Park and manager Paul Tisdale hopes his side have benefited from their first visit.