After his Under-18s side bowed out of the FA Youth Cup, Edu Rubio reflected on this season’s cup run – a tremendous learning experience in the eyes of the Senior Phase Development Coach.

The Young Dons fought past Southend United, Barnet and Cardiff City en route to their first ever Fourth Round tie at Colchester United and although it ended in defeat, Rubio and his squad are remaining humble.

“We’re disappointed, of course, because we approach every game with the mentality and the mindset to win,” he said after Tuesday’s tie in Essex. “However, we remain true to our values – it’s about the daily improvements and the learning experiences.

“The aim, always, is to develop these players so they can play in the first team. Losing this game of football tonight is not going to prevent these boys from getting a professional contract, just as winning the league on Saturday isn’t going to get them one. What these experiences have provided them with, is a great learning opportunity.

“I’m very proud of what the boys have achieved so far this year – they have been superb for the past seven months. The FA Youth Cup has been a terrific competition for us because it’s given us the opportunity to play in some really good stadiums and under floodlights – it’s given the boys a completely different experience and it’s terrific preparation for first-team football.

“What they have learnt is that the way football and life works is that you can go from winning the league to, three days later, having a completely different experience like being knocked out of the cup. That is an important lesson for them – setbacks happen in football and it keep them humble and hungry.

“I’m excited to see how we bounce back this week. Are we going to have the right mindset when we go back into the training ground? How can they maximise the learning opportunity and the experience? The real disappointment for me will be if we come back in and they aren’t working hard or humble enough to have learnt from the experience.”

On the match itself, Rubio pointed to a poor start to the contest which ultimately led to their defeat. He said: “Conceding in the first five minutes of the game really affected our morale and confidence in the first half so that’s clearly something we need to work on – that’s the learning opportunity.

“In the second half we were much better – we were true to our DNA, played some really good football and created a number of chances.”

Rubio added: “Let me congratulate Colchester because they executed a really good game plan. We wish them well for the Fifth Round.” 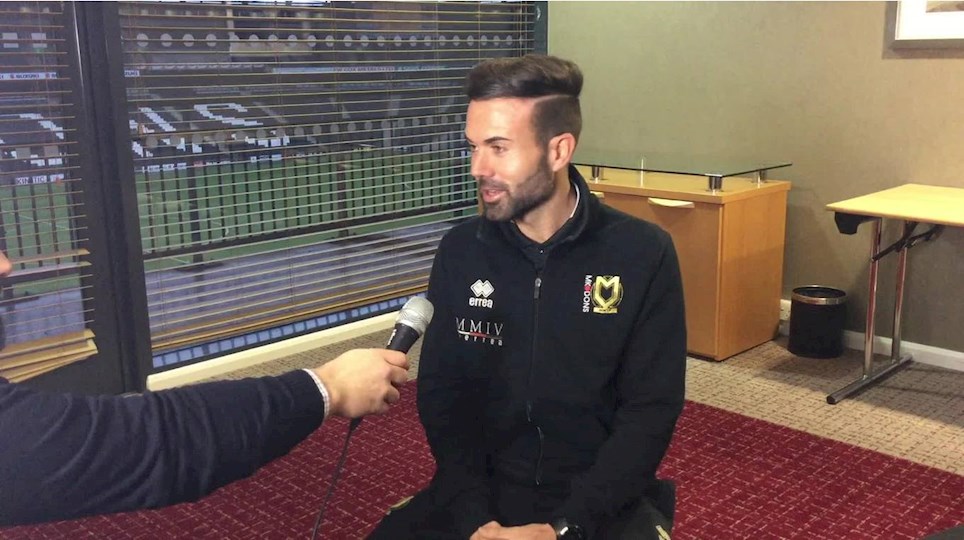