Cargill, 23, joins MK Dons after leaving Premier League side AFC Bournemouth, where he spent 11 years. He becomes Paul Tisdale's ninth capture ahead of the 2018/19 season. The deal is subject to EFL and FA clearance.

Born in Winchester, Cargill began his career with AFC Bournemouth and signed professional terms with the Cherries in April 2013.

During his time with the Dorset club, the defender enjoyed several loan spells at various clubs such as Torquay United, Coventry City, Gillingham, Fleetwood Town and, most recently, Partick Thistle.

Cargill, who represented England at Under-20s level, has totalled 81 career appearances to date, including a substitute appearance against Manchester United in the Premier League.

Paul Tisdale said of his newest defender: "Baily is a player I've admired for a number of years, ever since I saw him play for England Under-20s, and the opportunity arose this summer to bring him here.

"He's a left-sided defender who has had lots of experience from loan spells but, I'm sure, will be pleased to have found somewhere where he can cement a place and demonstrate his ability over a period of time.

"I'm looking forward to seeing how he does, as he looks to take his career forward - I believe we're the perfect fit."

Tisdale added: "As I said after the signing of Mathieu Baudry, I wanted to build around our strength and, for me, this signing completes our versatility and depth in our defensive areas."

Baily Cargill told iFollow MK Dons, "I’m really excited - I think it’s a great Club, that are looking to go back in the right direction and hopefully, I can be a part of that process." Cargill confident Dons can bounce back on Boxing Day


Baily Cargill is confident MK Dons can bounce back from their defeat to Colchester United when they take to the field on Boxing Day. 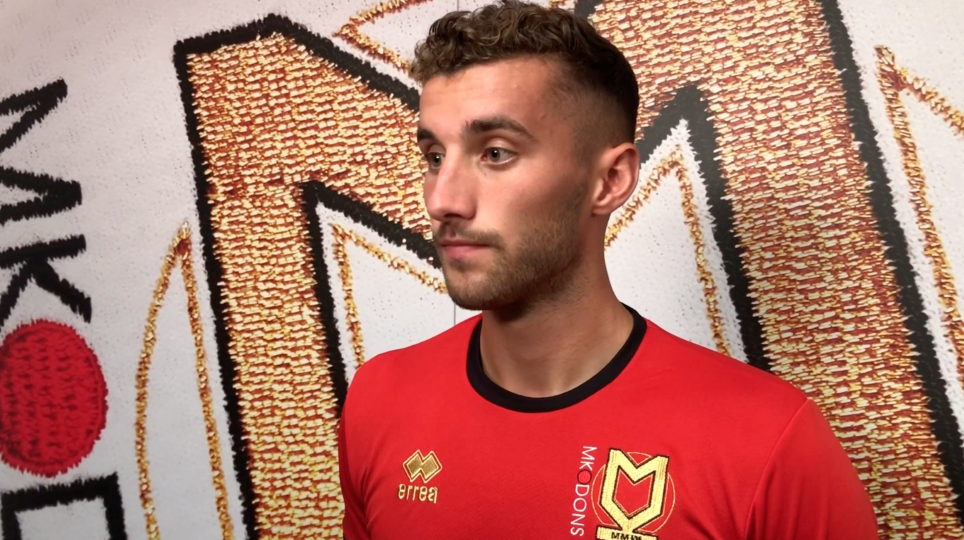 Getting to know you: Baily Cargill


Mkdons.com lists a number of things you may not know about defender Baily Cargill.