Scott Wootton says he wants to make up for lost time as he prepares for his first AFC Wimbledon v MK Dons fixture.

Wootton missed the majority of last season throughout injury so didn’t play in either of the two encounters.

“As a footballer, those are the games you want to play in – those with hot atmospheres, the derbies, the rivalries,” he told iFollow MK Dons.

“It was disappointing to miss those two games last year but I’m back now and I’m really looking forward to it.”

He added: “Everyone in football is aware of the rivalry. I remember watching the FA Cup game on TV. The players are all aware of the history but we’re just focusing on putting on a good performance and coming away with three points.

“I wasn’t there myself but by all accounts the performance last year was disappointing – we want to make amends for that, get three points and try to build momentum. We’ve got to go there, stand up to the challenge and be committed.

“Hopefully there will be a really good atmosphere and our fans will get right behind the team.

“It’s not something anyone has spoke about in particular, it’s just natural if you’ve let the fans down in a big game then, of course, you want to go and put that right the next opportunity you get. We’ll all be up for it.

“It’s a rivalry and a derby game but, at the end of the day, you can only take three points from it. It will be an opportunity for us to take back-to-back wins to build some momentum – if you go on a run in this league you can shoot right up the table and that’s something we need to do.” 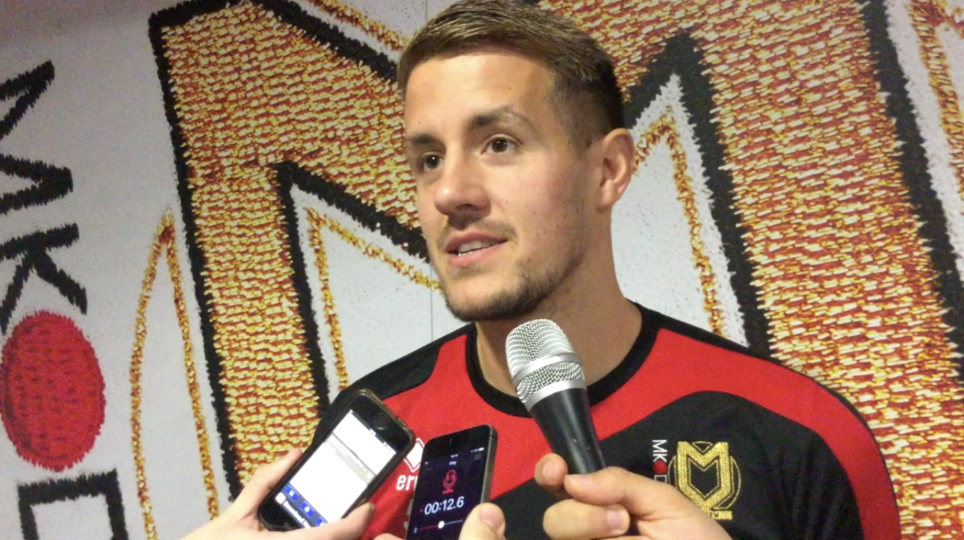