MK Dons secured three points in Saturday’s clash with Plymouth Argyle and that’s all that truly matters, according to boss Robbie Neilson.

Aidan Nesbitt’s ninth-minute finish - his first goal for the Dons - was enough to seal victory for the men from MK1 and although they would liked to have tallied a more convincing scoreline against the 10-man Pilgrims, Neilson has no arguments about the end result.

“We just want points on the board," Neilson said in his post-match press conference.

“Football is about winning. We came down here to win. We had an eight-hour journey here (on Friday) but we got the three points.

“We'd like, against 10 men, to have scored more goals, but credit to Plymouth because they played some good football and put us under a lot of pressure.

“If, in three months time, we're at the top of the league, I'll expect us to punish sides with 10 men but we came here with four points, wanting to put more points on the board - we did that.”

Here’s what else Neilson had to say in his post-match interviews…
Difficulty against 10 men
“We went a goal up against 11 men and we looked better when they were at full strength. Sendings off always change the game - it relieved the pressure on Plymouth to an extent because they had nothing to lose. We wanted the points on the board and we didn't want to concede. It gave them the confidence to go forward and it was up to us to stop them. We’d liked to have played better football but we came away with three points.”

Seeing out the success
“The game started to lose control towards the end but we kept our heads and held on for a massive three points.”

Conor McGrandles’ strong league debut
“I think Conor did well. We've had a few injuries (in central midfield) and losing Ed (Upson) was hard for us. He still has a long way to go but today will definitely help him.”

Callum Brittain performing
“Callum is doing well. We will have to look at him in training on Sunday to make sure he can play Saturday to Tuesday.”

Aidan Nesbitt earned his start
“Aidan played in the reserve game on Monday - he played really well and I've always said if you perform well in the reserves, you'll get into the first team. If other players stand out, they'll get the chance to play too. Aidan is a development player but there's no doubting his ability.”

George Williams’ versatility
“I think George can play everywhere. He can play across the back line and I think he'd do pretty well if I asked him to play in goal as well! He's that type of player and it’s so key to have that in your squad, especially when you’re missing (Ethan) Ebanks-Landell and Joe Walsh. I can't ask for any more.” 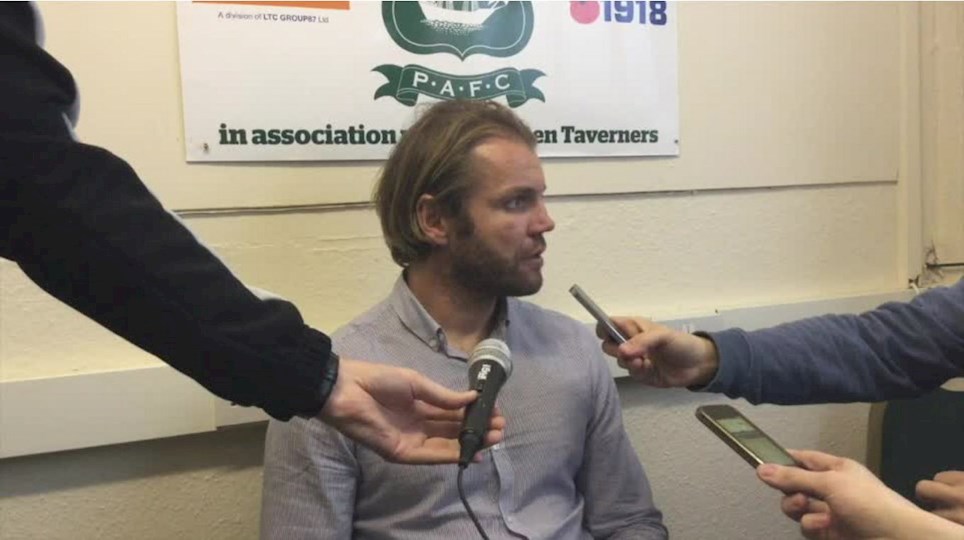