Ryan Seager was the match-winner in Saturday’s victory over Rochdale – now the striker wants to help MK Dons make it back-to-back victories at AFC Wimbledon.

Seager struck with six minutes remaining against Dale to put the Dons ahead in a match which was deadlocked at 2-2. It was the Southampton loanee’s second goal since arriving from St. Mary’s Stadium.

Now the aim for Seager & Co will be to follow up the triumph by collecting three points at AFC Wimbledon on Friday night – a victory which the 21-year-old knows would go down well with the supporters.

“We want to win that game for the fans,” Seager told the media after Saturday’s success at Stadium MK. “It’s going to be a good game on Friday night and hopefully we can win it.”

On scoring the decisive goal in the 3-2 win over Dale, the striker said: “Coming off the bench, I knew I had to make an impact.

“I felt we outplayed them for most of the game but sometimes you just need one ball over the top to get in.”

The result against Rochdale was the perfect response to the disappointing defeat at Peterborough United, which occurred four days prior to Saturday’s match – Seager echoed those sentiments in his post-match interview.

“We’ve been struggling a bit of late and it was important to bounce back after the performance (against Peterborough United),” he said.

“We had a long talk the day after and all looked at ourselves. We knew what we needed to do – that was to win and we did that.” 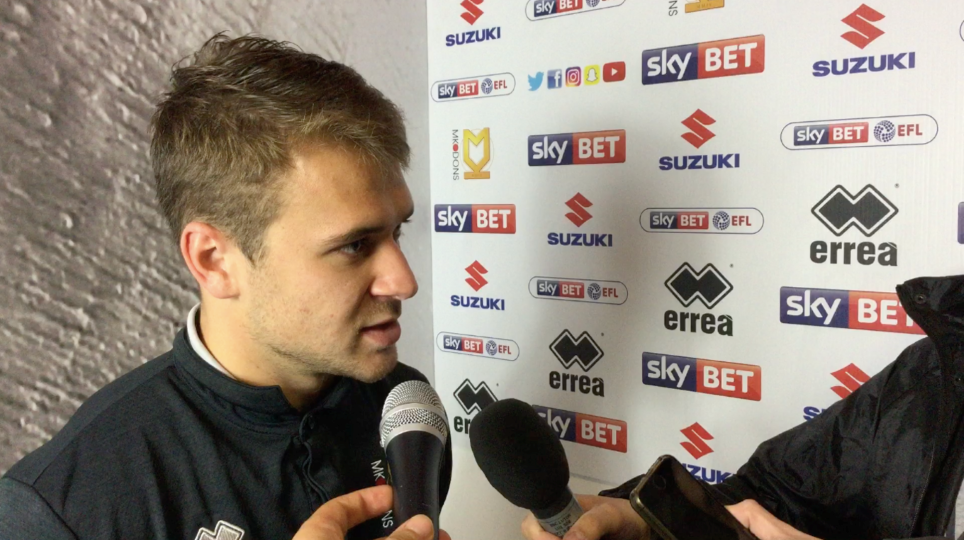