MK Dons will be looking to bounce back from their midweek disappointment when they take on Rochdale this afternoon at Stadium MK.

Robbie Neilson’s side were beaten for the first time in four games on Tuesday, losing 2-0 to Peterborough United at the ABAX Stadium. The defeated followed a 1-0 victory over Plymouth Argyle – the side’s second league triumph of the 2017/18 campaign.

The aim for the men from MK1 today will be to return to winning ways and they’ll have confidence in doing so, given the team’s strong record against Saturday’s opponents from Greater Manchester – they have won five of the last seven meetings and not been beaten in eight matches.

A win may also see Neilson & Co climb into the top half of the Sky Bet League One table for the first time in 2017/18 – they currently trail 12th-placed Bristol Rovers by two points, with Portsmouth and Walsall both just one point ahead in between.

Rochdale put an end to their winless start to the Sky Bet League One season by beating Doncaster Rovers on Tuesday evening. 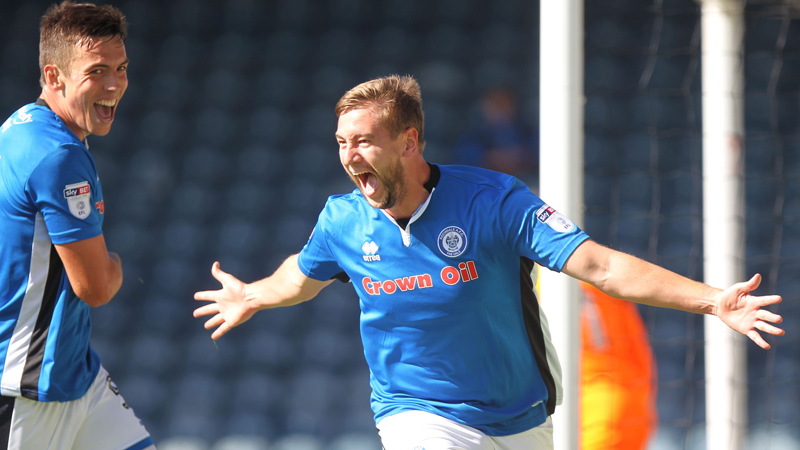 Dale were one of only three teams in the division without a victory to their name heading into the aforementioned midweek match, having drawn three and lost three of their opening six fixtures.

Away from home, Keith Hill’s team have collected just one point, while conceding five goals and scoring twice. They’ve only netted six times in total this campaign, with four of those coming courtesy of striker Steve Davies (pictured).

The Dons were unable to make it back-to-back league wins as they fell to a 2-0 defeat at Peterborough United.

After an even first half where both sides cancelled each other out, Posh went ahead courtesy of Ryan Tafazolli’s 47th-minute header.

The hosts’ lead was doubled just six minutes later with Marcus Maddison finding the net from the edge of the area.

Neilson’s men had chances late on to reduce the arrears but Scott Gilbey, Osman Sow and Scott Wootton were unable to find a way past Jonathan Bond in the Peterborough goal.

Rochdale scored twice in stoppage-time to secure their first league victory of the campaign.

Striker Steven Davies missed an early penalty for Dale, who fell behind on 74 minutes as John Marquis tapped in after Andy Williams’ shot had hit the post.

Davies and Joe Rafferty both went close to equalising within regulation time but it took until the second minute of injury time for Mark Kitching to level things up with a dipping effort from distance.

The Greater Manchester side weren’t happy to settle for a point, however, and two minutes later they claimed all three points through Davies’ dramatic close-range winner.

Robbie Neilson: “If you want to be at the top end of the table you must win football matches. We’re not going to win game every but, if we have a setback, we need to make sure we respond well and get ourselves going again by being resilient and putting on a performance.”

Keith Hill: “It’ll be a difficult game against MK Dons. They’re well managed, it’s a good football club, and a team that you would expect to be challenging for the Championship.”

The Dons are still without a number of key players but Chuks Aneke’s return is a positive for manager Neilson.

Joe Walsh (knee), Ethan Ebanks-Landell (foot), Ed Upson (hip) and Peter Pawlett (knee) are all sidelined although none of the quartet are expected to be out long term. Aneke, meanwhile, should be included in the matchday squad once again, after completing 60 minutes in an Under-23s match on Wednesday. The attacking midfielder, who hasn’t played a competitive match since February, won’t start but could be an option off the bench for Neilson.

Rochdale are missing forward Ian Henderson, who completes a three-match ban for a red card he received earlier this month.

Joe Bunney (knee) made it through his comeback match in midweek unscathed and should continue in the starting line-up for Dale, who don’t appear to have any other injury concerns.

Gavin Ward is the man taking charge of today’s match, refereeing the Dons for the first time since November last year – that game, Ward booked five players as the men from MK1 were beaten 3-2 by Chesterfield at Stadium MK.

A month prior to that was the Surrey official’s last Rochdale appointment – their 3-0 loss to Swindon Town at The County Ground. He produced six yellow cards in that midweek match, as well as dismissing Dale striker Joe Bunney. 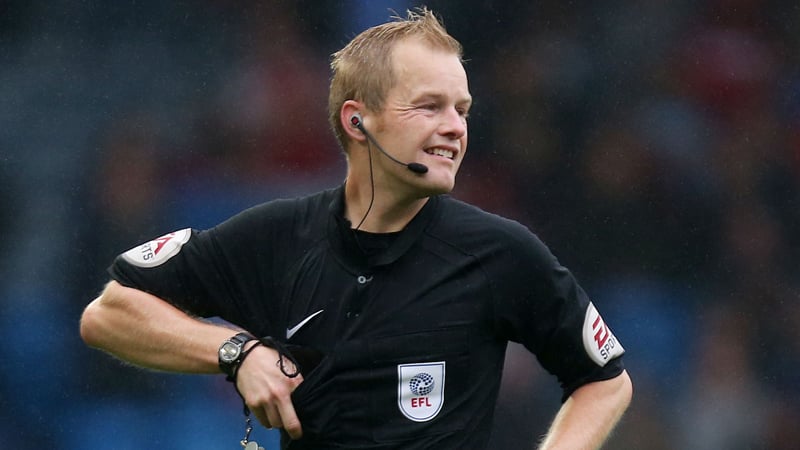 So far this season, Ward has officiated seven matches and shown 22 yellow cards. He has yet to brandish the red card in 2017/18.

The assistant referees are Marvyn Amphlett and Ian Smedley while the fourth official is Dumitru Cheosiaua.