MK Dons will be looking to make it three straight wins in Sky Bet League One when they take on Northampton Town at Stadium MK tonight.

Robbie Neilson’s men, who have won three of their last four matches, beat Rochdale last weekend at Stadium MK and followed that result up with a 2-0 win at AFC Wimbledon.

Friday’s victory at the Cherry Red Records Stadium saw the men from MK1 climb into the top half of Sky Bet League One table for the first time this season and they are now within sight of the top six – just four points separates them from sixth-placed Blackpool.

The last two results have also seen the side maintain their dominance over teams below them in the table – in the five games they’ve played against lower-ranked clubs, they have taken 13 points from a possible 15.

They face another one of those outfits tonight in Northampton Town, who they’ve also enjoyed plenty of success against in the past – the Dons have won seven of the 10 previous meetings between the two clubs.

Northampton, winless in the month of August, have seen an upturn in form since the arrival of Jimmy Floyd Hasselbaink as manager. 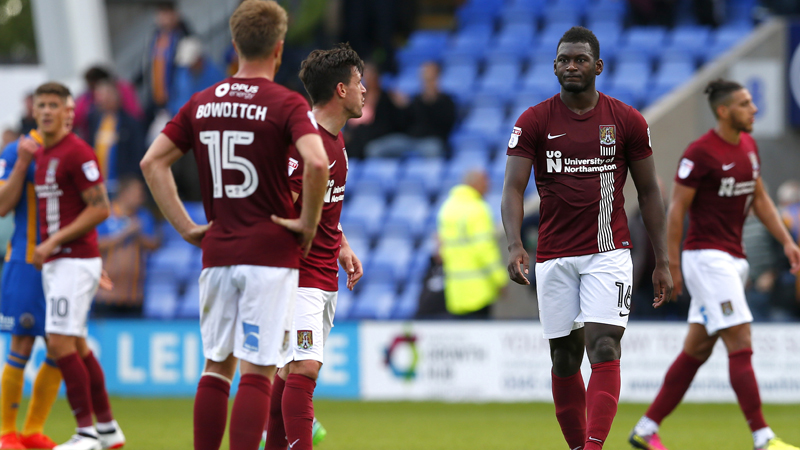 The Cobblers have picked up their first two league victories under the Dutchman while they also ran third and fourth-placed Bradford City and Wigan Athletic close in 1-0 defeats.

They have, however, yet to win away from home this season, losing four of their five matches in all competitions that have taken place on the road with only three goals to their name.

The Dons made it back-to-back wins for the first time this season, beating rivals AFC Wimbledon 2-0 at the Cherry Red Records Stadium on Friday night.

Neilson’s men quietened the home crowd with a goal inside the first 10 minutes – George Francomb inadvertently turning Osman Sow’s low cross into his own net.

Close to the half-hour mark, the Dons doubled their lead through Gboly Ariyibi, who fired home from inside the area after AFC Wimbledon failed to deal with another ball in from the left.

The home side were presented with an opportunity to reduce the deficit in the 63rd minute but Lee Nicholls guessed right to deny Lyle Taylor from the penalty spot and preserve a two-goal advantage which remained through to the full-time whistle.

Northampton fell to successive defeats at the weekend, losing 1-0 at home to third-place Bradford City.

The Cobblers survived two early chances from their visitors, with Matt Ingram keeping out an effort from Nicky Law before Dominic Poleon missed a kick when eight yards out.

In evitable Bradford goal arrived on 34 minutes when Tony McMahon curled a free-kick past Ingram after Alex Gilliead was brought down by Brendan Moloney.

In the second half, Northampton fought to restore parity but both Alex Revell and Marc Richards missed chances late on.

Robbie Neilson: “It will be a tough game for us. I went up there on Saturday to watch the game against Bradford (City) and they were unlucky not to take anything from the game.

Jimmy Floyd Hasselbaink: “MK Dons are a good footballing side and it’s another difficult game. They had a good win on Friday but we will go there to have a go and try and win the game.

“We are getting better and we are in a process of learning. It’s always going to be a work in progress but at the same time we need to win games. We are still learning and we need to keep on improving.”

The Dons will assess the fitness of three of their injured quartet head of tonight’s kick-off.

Joe Walsh (knee), Ed Upson (hip) and Chuks Aneke (hamstring) all returned to training on Monday and could be in contention to make comebacks.

Meanwhile, Peter Pawlett (knee) remains sidelined but the midfielder is edging closer to a return to training. Northampton look set to be without striker Chris Long, who limped off with a hamstring injury during Saturday’s loss to Bradford City.

Sam Hoskins, though, could be set for more involvement after making a return to action in that match at Sixfields – the striker had been sidelined since January with a serious knee injury.

The experienced Christopher Sarginson will be the man in the middle tonight. 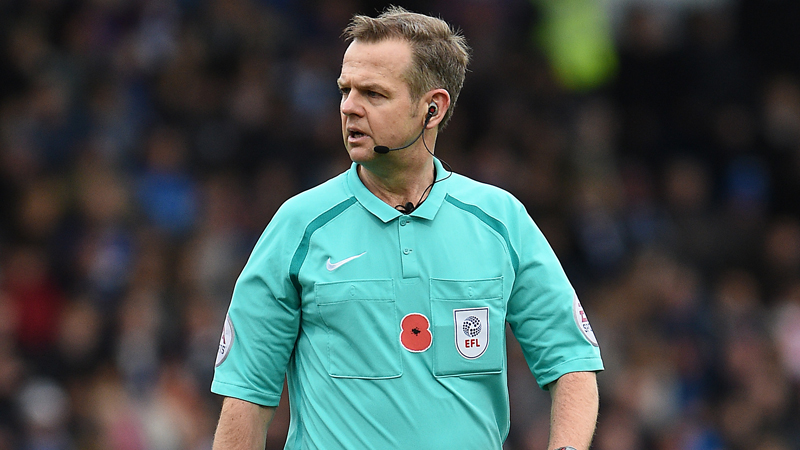 The Staffordshire-based referee last took charge of the Dons on Boxing Day last season, officiating the clash with Charlton Athletic at Stadium MK – that day he made five bookings, four of which were to the home side.

A month previous saw him umpire Northampton’s 1-0 loss away at Bradford City – his most recent Cobblers appointment. He produced just two yellow cards that evening in Yorkshire.

Tonight’s assistant referees are Mark Griffiths and Leigh Crowhurst while the fourth official is Steven Plane.